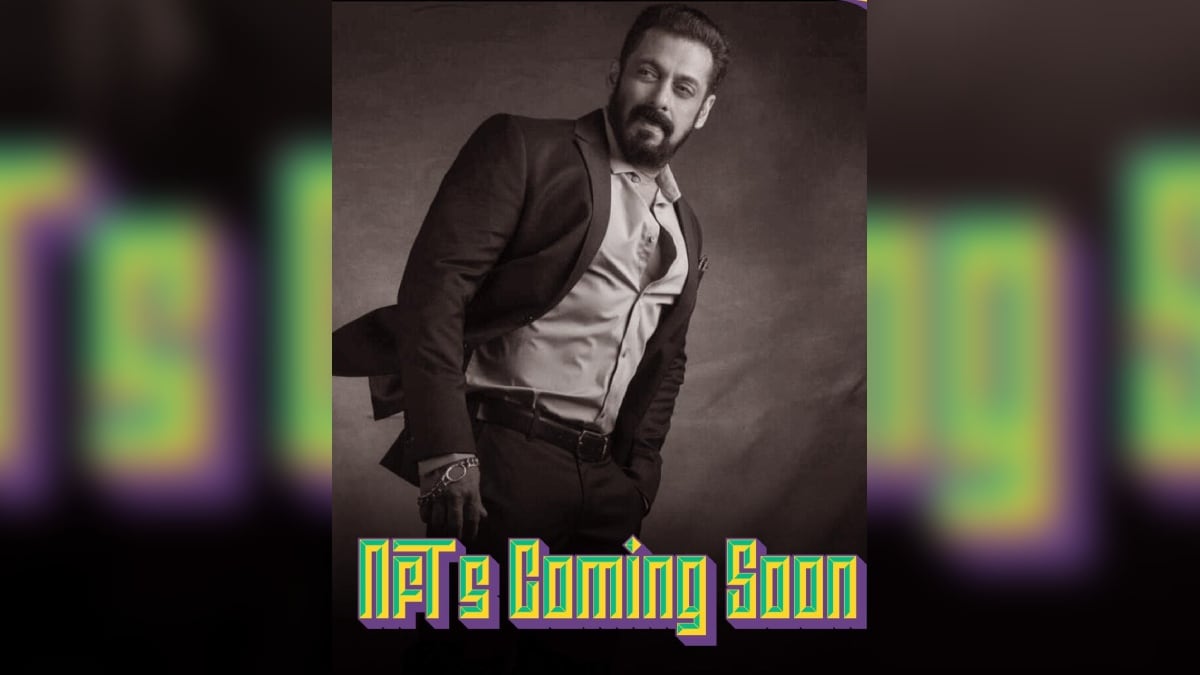 
Over a week after Bollywood superstar Amitabh Bachchan announced his decision to launch his non-fungible tokens (NFT) collection, Salman Khan has hopped on board the bandwagon as well. The actor took to Twitter to announce the launch of his very own collection of NFTs that will be available on BollyCoin — a new, dedicated, Bollywood-themed NFT platform started by Bollywood actor, producer, and director Atul Agnihotri. The platform aims to allow fans to invest in clips and stills from films, iconic dialogues, posters, unseen footage, and social media content and merchandise from celebrities.

“Aa raha hoon main, NFTs leke. Salman Khan Static NFTs arriving on bollycoin.com,” Salman Khan said on Twitter. According to a white paper listed by BollyCoin on its website, digital collectibles from celebrities will be sold on the Ethereum blockchain, presenting a platform for Bollywood fans from across the world to own NFTs of their preferred Bollywood films.

As of now, the platform has partnered with a handful of prominent production houses which include Salman Khan Films, Arbaaz Khan Production, Sohail Khan Production, and Reel Life Productions. A few other associations are in the works too which the platform is confident of getting over the line before a formal launch which is scheduled to happen in December this year.

“With BollyCoin, we have tried to find that perfect balance between investments, NFTs, digital assets, and creative content consumption. We are incredibly thrilled to have Salman Khan has partnered with us for Salman Khan static NFTs since it denotes that we are on the right track,” said BollyCoin co-founder Atul Agnihotri.

Interested in cryptocurrency? We discuss all things crypto with WazirX CEO Nischal Shetty and WeekendInvesting founder Alok Jain on Orbital, the Gadgets 360 podcast. Orbital is available on Apple Podcasts, Google Podcasts, Spotify, Amazon Music and wherever you get your podcasts.

Cryptocurrency is an unregulated digital currency, not a legal tender and subject to market risks. The information provided in the article is not intended to be and does not constitute financial advice, trading advice or any other advice or recommendation of any sort offered or endorsed by NDTV. NDTV shall not be responsible for any loss arising from any investment based on any perceived recommendation, forecast or any other information contained in the article.

‘Fall for Cryptocurrency’: US Government Is Auctioning Bitcoin Tokens Amounting to Over $300,000