Assam to form panel to study encroachments in Vaishnavite monasteries 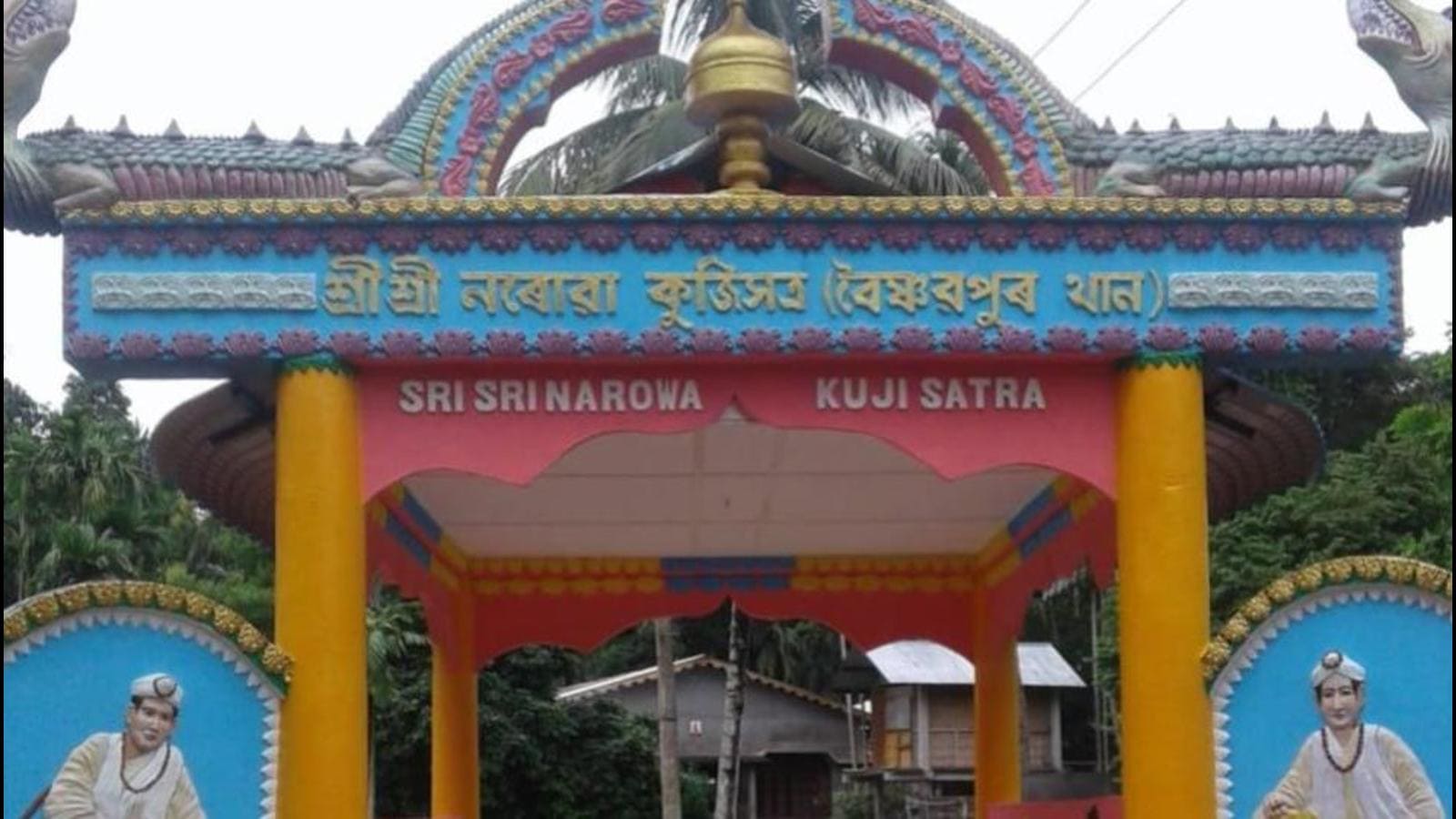 
The Assam cabinet on Wednesday decided to form a high-level committee to study complaints of encroachments in Vaishnavite monasteries in the state.

The meeting held in Bongaigaon (the second such meeting held outside the capital since the new government formed in May) also decided to form a youth commission to prepare young men for competitive exams, jobs and also set conditions to discourage outsiders from taking part in state civil service exams.

“There have been complaints and news reports about encroachment of land belonging to ‘satras’ (Vaishnavite monasteries). But till now no government has done any survey on this issue. Now we have decided to constitute a committee to look into all aspects of the problem,” Chief Minister Himanta Biswa Sarma said after the meeting.

The committee headed by former minister Pradip Hazarika will also have ruling BJP MLAs Mrinal Saikia and Rupak Sarma as members. While Hazarika will be accorded the rank of cabinet minister, Saikia and Sarma will enjoy privileges of ministers of state.

The committee will have support of senior officials of revenue and land records department and submit a report within one year of formation on status of encroachments in ‘satras’.

Earlier a similar committee was formed to find out about encroachment at Garukhuti in Darrang district. This followed two rounds of eviction of settlers in the area in September this year which led to clashes between police and residents resulting in deaths of two civilians and injury to 18 others.

The cabinet decided to set up a youth commission to impart skills to educated youths from the state to become engineers, doctors and other skilled professionals. The aim would be to prepare youths who can compete and succeed in securing central government and defence jobs as well.

“This is being done as we noticed that many students who studied in Assamese medium schools were not able to succeed in medical and engineering entrance exams or secure jobs in central government agencies. The commission will provide coaching to these students with help of reputed institutes,” said Sarma.

The cabinet decided to do away with a paper on languages in the Assam Public Service Commission (APSC) exam to select candidates for various state government services.

“But there will be three new conditions. All candidates will have to be residents of Assam, should have their name registered in state employment exchanges and mandatorily be able to speak Assamese, or any other language spoken in the state including Hindi, fluently. These conditions would make it difficult for prospective candidates from other states to take part in this exam,” said Sarma.

In another move, the cabinet decided to allow state government employees including senior IAS and IPS officers (and event ministers) 4 days leave from January 6 to January 9 next year to spend time with their parents or in-laws.

Sarma informed that Assam will remodel state education system in accordance with National Education Policy. From April 2023, schools will follow a pattern of 5+3+3+4 years of school education from kindergarten to senior secondary level.

The state government has decided to commemorate the 400th birth centenary celebration of Ahom general Lachit Borphukan, which falls on November 24 next year, with yearlong celebrations and events.