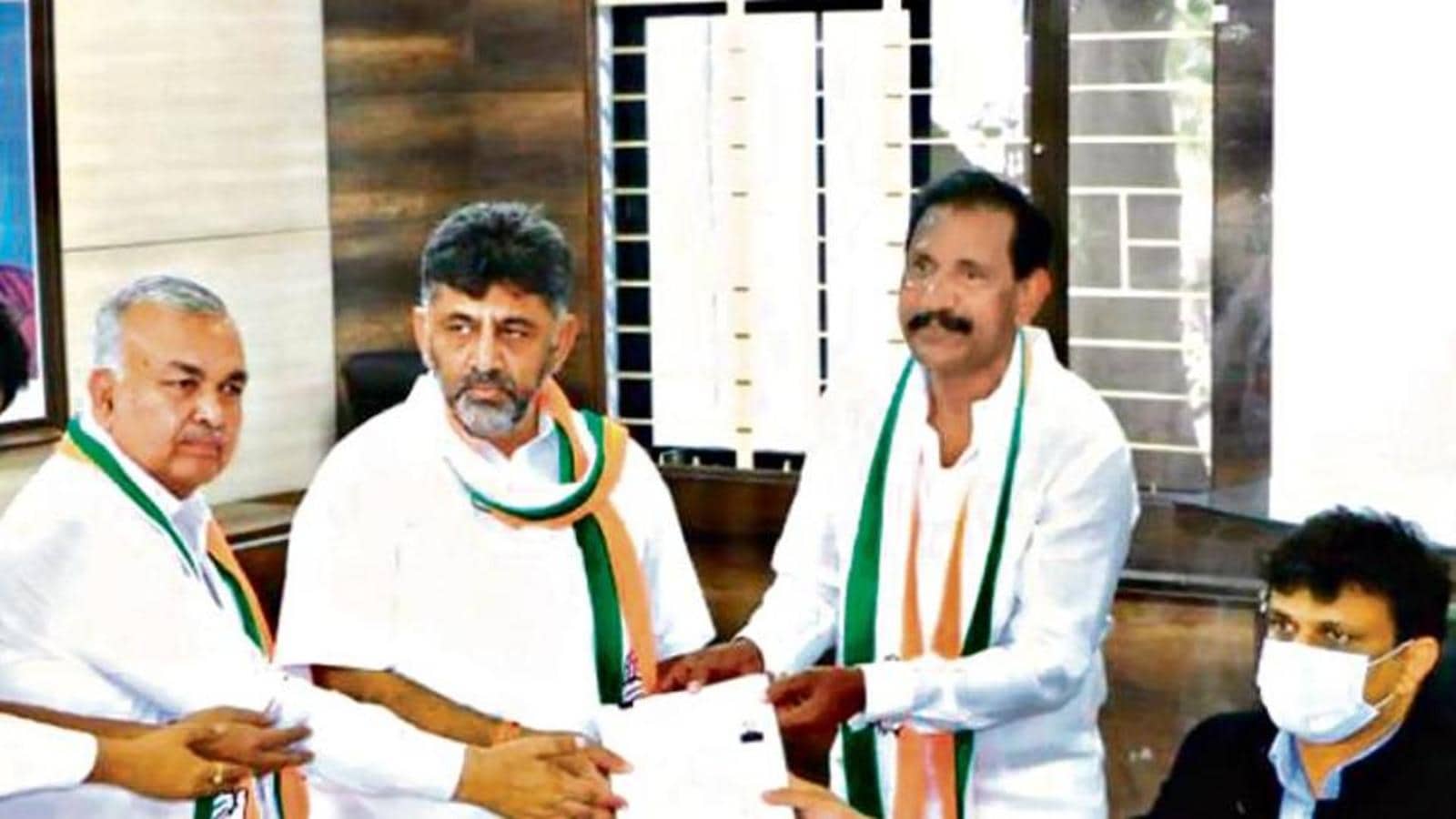 
It was in 2001 that a young Yusuf Shariff aka Scrap Babu had secured 21 tankers from an auction from the now defunct Kolar Gold Fields (KGF) with an investment of ₹7 lakh. He was hoping to help his family with the returns but his fortunes had better plans.

Shariff’s first daughter was born on that day and life has never been the same for the person now known by different names and characters he supposedly dons.

Babu, the proprietor of Umrah Developers, named after his first born, has been chosen as the Congress’ choice for the December 10 MLC polls from Bengaluru Urban. Babu has declared assets worth around ₹1,743 crore that makes him the richest legislator in Karnataka, if not in the country.

“I was inspired by Amitabh Bachchan’s role in the movie ‘Trishul’ in which he starts Shanti Construction. He also is first breaking boulders, becomes a big man, buys private land and becomes big (in the movie). I did it in the same style,” he told a Kannada news channel in August.

Shariff claims all his businesses are legitimate and he only buys properties that are auctioned by various high courts in the country as he is afraid of being cheated by others since he is not educated.

Shariff had first tried to run a bakery, and then drove an auto, worked in construction before entering the scrap business.

The 54-year-old, the first of 14 children, studied till 5th standard but cannot read or write in any language but has grown to become a big name in Bengaluru. He resurfaced into the spotlight after one of his cars, a Rolls Royce, was among the several high-end cars seized by police from near upmarket Church Street over unpaid taxes.

Babu had told reporters that he had purchased the car from Bollywood icon Amitabh Bachchan but could not complete the transfer of paperwork. Babu had, during his interview, claimed that he amassed over ₹4,000 crore and pays around ₹130 crore in taxes depending on income.

He had even proudly said he wears a Rolex Gold and Diamond studded watch valued at ₹1.07 crore. He has liabilities of over ₹67.24 crore.

He has 12 bank accounts with a balance of over ₹16.87 crore. He has claimed to own 1 Rolls Royce costing over ₹2.1 crore and two Toyota Fortuner’s that cost ₹49 lakh each. But he has been accused of fraud, cheating, intimidation and his premises have been raided by the income tax department in the past.

In April 2019, when he was called in for questioning by the Central Crime Branch (CCB) on charges of selling land with fake documents, stabbed himself with a pair of scissors and had famously said he would “shut down the CCB”.

In his affidavit, Shariff said he was raided by the income tax over dues of ₹13.43 crore. “I have preferred an appeal before the Commissioner of Income Tax and the same is admitted. The hearing of the case is yet to be done,” he said in the affidavit.

He has at least seven criminal cases pending against him under various sections by his own declaration.

Congress Karnataka unit president DK Shivakumar had declared assets of ₹840 crore in 2018 just before the assembly election. M Nagaraju (MTB), the BJP legislator, is worth in excess of ₹1,201 crore (along with his wife) and is the one of the richest legislators in the country, at least in terms of declared amount.