An order that looks beyond just economics, prioritises humans 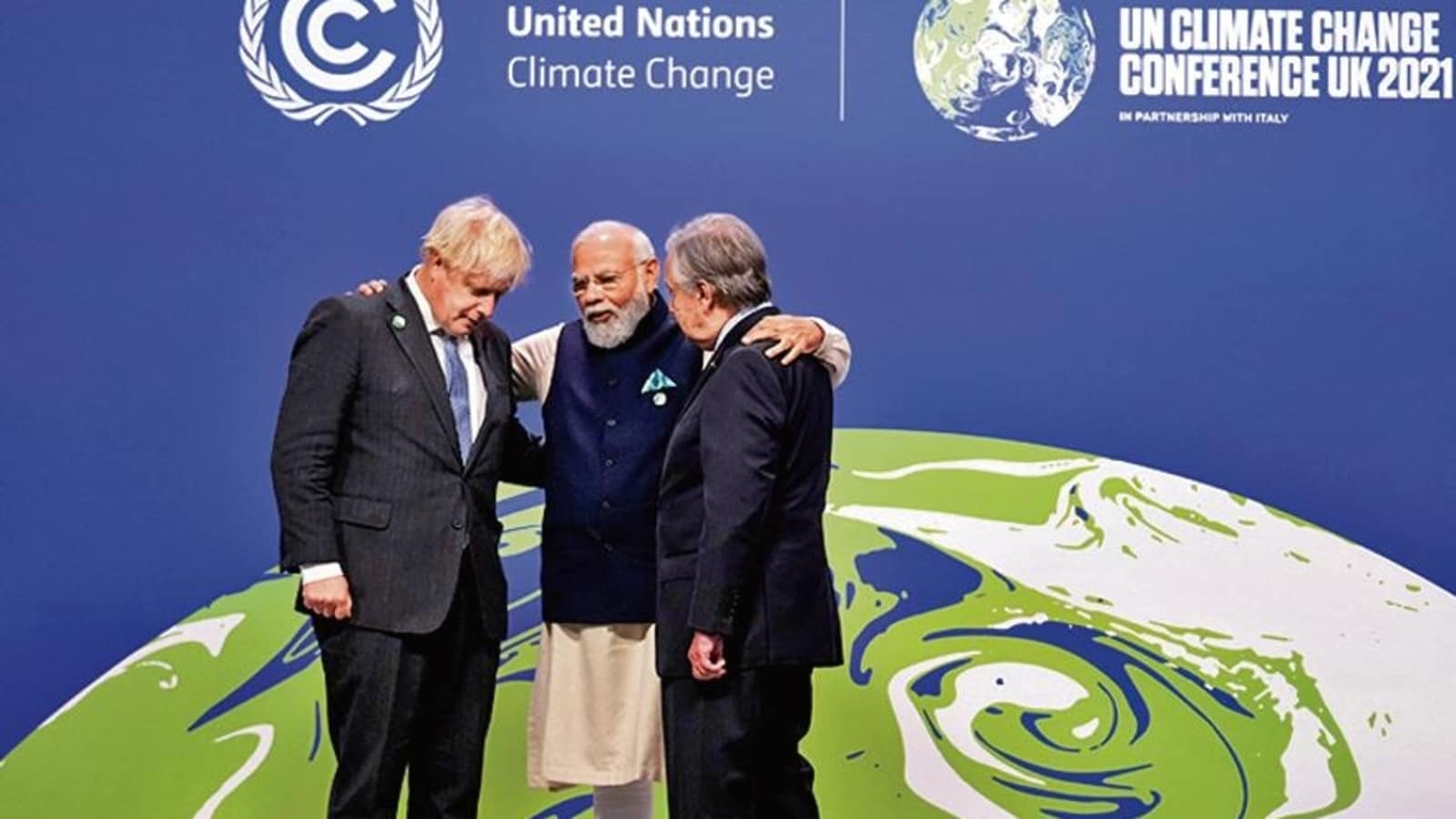 
As the Covid-19 virus ebbs and wanes, post-pandemic realities are beginning to emerge. They underline a growing set of understandings and arrangements that form the basis of an emerging world order.

Empirically speaking, downturns are followed by recovery. The Indian economy is beginning to bounce back with economic output and activity surging. A vaccination campaign of unprecedented scope and complexity has improved health security and reduced vulnerabilities in record time. The stage is set for a return to normalcy and more.

This is, therefore, a moment of opportunity. The choices that India makes at this juncture are an indication of where it sees promise of a better tomorrow.

Watch: ‘Not Sangh mouthpiece’: RSS after Panchjanya accuses Infosys of being ‘anti-national’

The pandemic has demonstrated that we need a more, and not less, interconnected world. Common problems must have common solutions. Prime Minister Narendra Modi, over the last few months, has in the G7, G20, in COP26, in the first Quad Summit, in the United Nations General Assembly, and as Chair of the UN Security Council, BRICS, and the Shanghai Cooperation Organisation Council of Heads of Government, articulated a vision of a new world order that is relevant to the challenges of the post-pandemic world. He has also, through a variety of domestic and international platforms, laid down a set of strategies and objectives which will align Indian priorities with this vision for a better tomorrow for all.

A major global challenge on which India has acted to provide leadership and direction is climate change. Despite our developmental needs, we have shown a strong commitment to climate action.

Speaking most recently at the COP26 Summit in Glasgow, the Prime Minister outlined India’s climate ambition through Panchamrit which will put India on an accelerated track to raise non-fossil fuel-based energy capacity to 500GW and meet 50% of our energy requirements from renewables by 2030 while reducing projected carbon emissions by a billion tonnes and carbon intensity to below 45% until 2030, and to “net zero” by 2070.

Articulating the concerns of the developing world, the Prime Minister also called on developed countries to enhance their ambition on the transfer of climate finance and low cost technologies.

Two international organisations, the International Solar Alliance and Coalition for Disaster Resilient Infrastructure, initiated by India, have begun to play an important role in climate change mitigation and adaptation efforts globally. At COP26, the Prime Minister launched the “One Sun, One World, One Grid” for interconnected solar energy infrastructure at a global scale and ‘Infrastructure for Resilient Island States’ for climate and disaster resilient infrastructure in Small Island Developing States under these organisations.

India is also seeking to turn into a global hub for Green Hydrogen production and export under its National Hydrogen Mission.

The Prime Minister’s appeal for promoting sustainable lifestyles to deal with the climate crisis found resonance at the G20 Summit in Rome. He has proposed a One-Word Movement, i.e., LIFE or Lifestyle for Environment. The adoption of India’s own example of sustainable lifestyle on a global basis would be transformational in our fight against climate change.

The pandemic has highlighted the need to de-risk supply chains and make them more resilient. Prime Minister has emphasised three key factors for improving our supply chains: Trusted Source, Transparency and Time-Frame.

The Atmanirbhar Bharat Abhiyan prioritises resilience and reliability and intends to make India a trustworthy supply chain hub. This is a part of a larger policy framework to augment capacity through fiscal and monetary support, injection of liquidity, financial support for industry, better ease of doing business, and ambitious structural reforms. A landmark production-linked incentives scheme is attracting investment, boosting domestic manufacturing and creating globally competitive Indian businesses. Previously restricted sectors such as space, defence and atomic energy have been opened to greater private participation.

A National Education Policy has created the framework for educating a 21st century workforce and making India a global education and skilling centre.

India is also making massive public investments in improving its infrastructure. Prime Minister’s Gati Shakti – the National Master Plan for Multimodal Connectivity – is set to create a seamlessly connected India. It introduces a non-siloed approach to connectivity and brings executing and policy entities onto a common platform.

Improvements in physical infrastructure will be accompanied by focus on SDG goals by initiatives such as those on digital connectivity, financial inclusion, and immunisation. The JAM trinity, composed of Jan Dhan, the world’s largest financial inclusion programme; Aadhaar, the world’s largest biometric programme; and one of the world’s largest mobile phone networks; has enabled direct benefits transfer on a transformational scale. It is now powering a fintech revolution. Jal Jeevan and Ayushman Bharat are changing lives by providing access to clean water and health care, respectively, to all Indians.

SDG 3 sets us all towards the target of ensuring healthy lives and promoting well-being for all at all ages. At the G20 Summit, Prime Minister put forward the holistic vision of “One Earth – One Health” for the world.

The pandemic has moved international systems to the digital space. Whether it is the CoWin Portal that has managed one of the world’s most ambitious vaccination operations in a user-friendly, transparent, equitable and efficient manner; the Digital India initiative; digital payment solutions; or the 24×7 BPO and ITES industry; India has adapted and continues to go digital.

Speaking at the G20 Summit, Prime Minister pointed out that India has certified at-scale solutions for many developmental problems. It is a proving ground of development. It also has vast experience of South-South Development Cooperation and can offer many templates to other developing countries. Earlier, at the G7 Summit, the Prime Minister had announced that Indian open source digital solutions would be available to all.

Even during the bleakest days of the pandemic, India did not forget that it was part of an international community. It went out of its way to supply essential medicines to more than a 150 countries. It received, in its turn, the support of all, during its “second wave”.

While running a successful vaccination campaign at home, India has also now resumed export of vaccines to its neighbours and partners.

Through all of these, and more, India is acting as a key and constructive player in the creation of a new world order that can cope with the challenges of tomorrow. A world order that looks beyond the purely economic, and places human beings, and their well-being, as the ultimate objective.