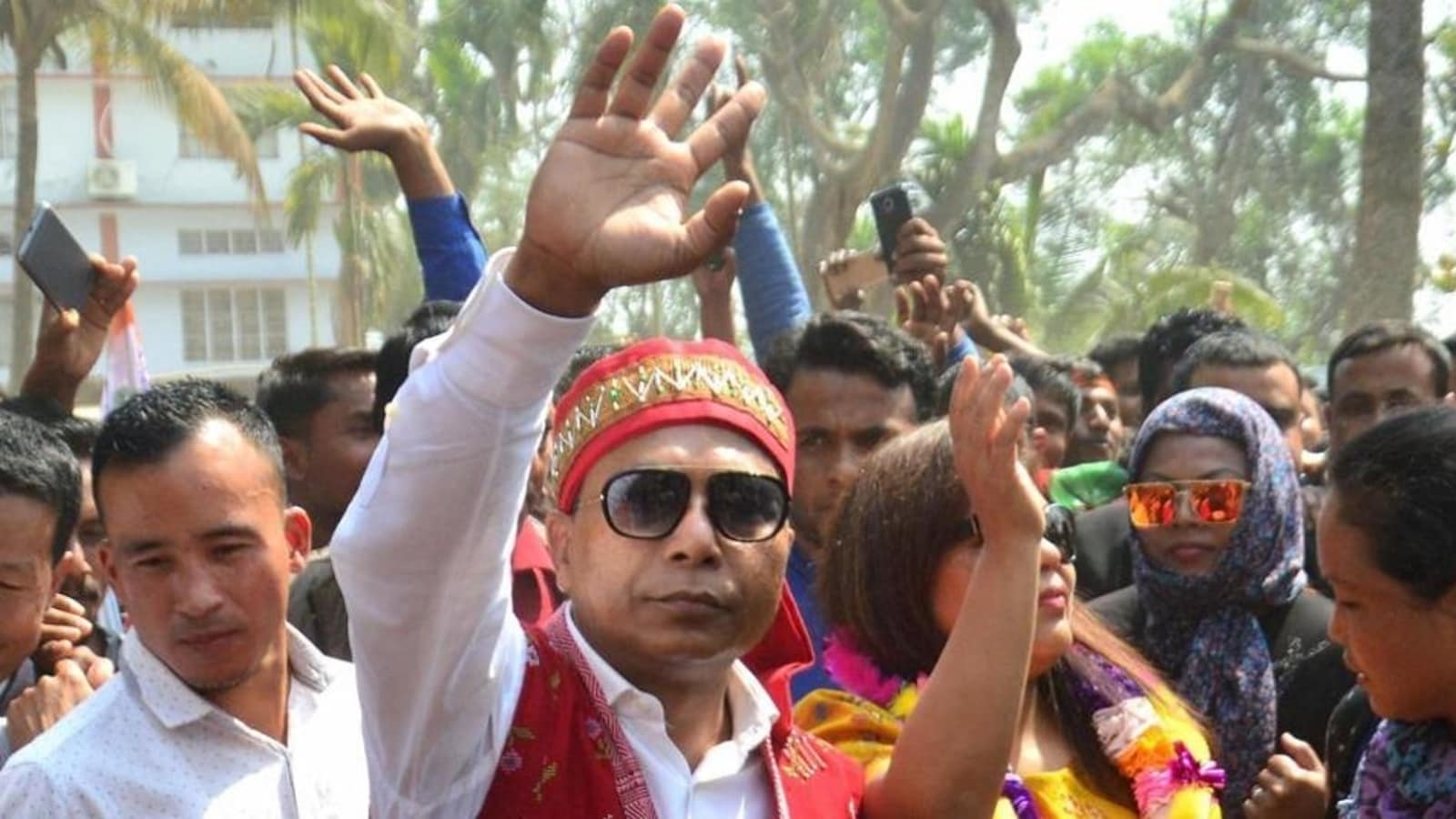 
Former Meghalaya chief minister Mukul Sangma on Thursday formally joined the Trinamool Congress, a day after he and 11 other Congress MLAs quit the grand old party and told assembly speaker Metbah Lyngdoh that they have merged with the TMC.

The Congress, which has been reduced to five MLAs from the 21 it had when the last assembly elections were held in 2018, termed the development as “challenging” and said they would emerge from the “setback”.

Addressing reporters, Sangma said the decision to join the TMC was a “culmination of exhaustive, due diligent analysis and trying to understand as to how best we can respond to the call of duty towards our people and our state, and our nation as a whole.”

He said as engagement within the Congress failed to yield desirable results, the legislators under his leadership chose to take a conscientious call and make use of the available space to “optimally utilise our potentialities in serving the people of the state”. He said, “With this exercise, we found a space, a platform and we decided to merge with the TMC.”

Sangma accused Congress of failing to do its duty as a “responsible” main opposition party in the country and fight against “divisive forces” in the country. “Therefore, our exercise to find a viable option to take care of the state, northeast region and the country culminated in this decision (of joining the TMC),” he said.

Later in the day, Sangma and 11 other MLAs met the speaker in his official chamber and formally inked their decision to quit the Congress and merge with the TMC. Lyngdoh told reporters that he had received a letter to this effect on Wednesday but wanted that the legislators present themselves physically and append their signatures.

“I have met them all and they have signed before me. Being a new group now, which is the second largest in the House, I will have to study the provisions under the Tenth Schedule before I decide. But I will not delay and will shortly pass a decision,” Lyngdoh said.

Meghalaya Congress president Vincent H Pala told reporters that Sangma’s rebellion against the party was anticipated for a while. “This was their plan for the last one and a half or two years…they are in opposition and they think by shifting the party they may have a chance to be in the ruling, that’s clearly stated by Dr. Mukul and his friends,” he said.

He said that the decision of 12 MLAs to quit the party was “not a setback, but a challenge for Congress”. Pala said that Sangma was rattled by the response the party was getting through its youth enrolment programme and was looking for a switch.

Meghalaya Congress in-charge Manish Chatrath, who flew into the state in the morning, denied Sangma’s claim that the party was “ineffective” to combat “divisive forces”. “If Mukul stated that the Congress was ineffective, it is he who is to be blamed as he is the CLP (Congress Legislature Party) leader,” he said.

The new group with 12 MLAs now is the principal opposition party and the second-largest group in the House. Besides Sangma, the remaining 7 MLAs from Garo Hills, who joined the Trinamool are his wife Dikkanchi Shira, daughter Miani Shira, brother Zenith Sangma, Winnerson Sangma, Marthon Sangma, Lazarus Sangma and Jimmy Sangma.

The Congress legislators who did not leave the party are Ampareen Lyngdoh, Mohendro Rapsang, Mayralborn Syiem, Kimfa Marbaniang and PT Sawkmie. Ampareen Lyngdoh said the Congress was looking at legal options to seek disqualification of the defected MLAs. “It is a big jolt, there is no denying. But I tell you we will stage a comeback in 2023,” Lyngdoh, a former minister, said.