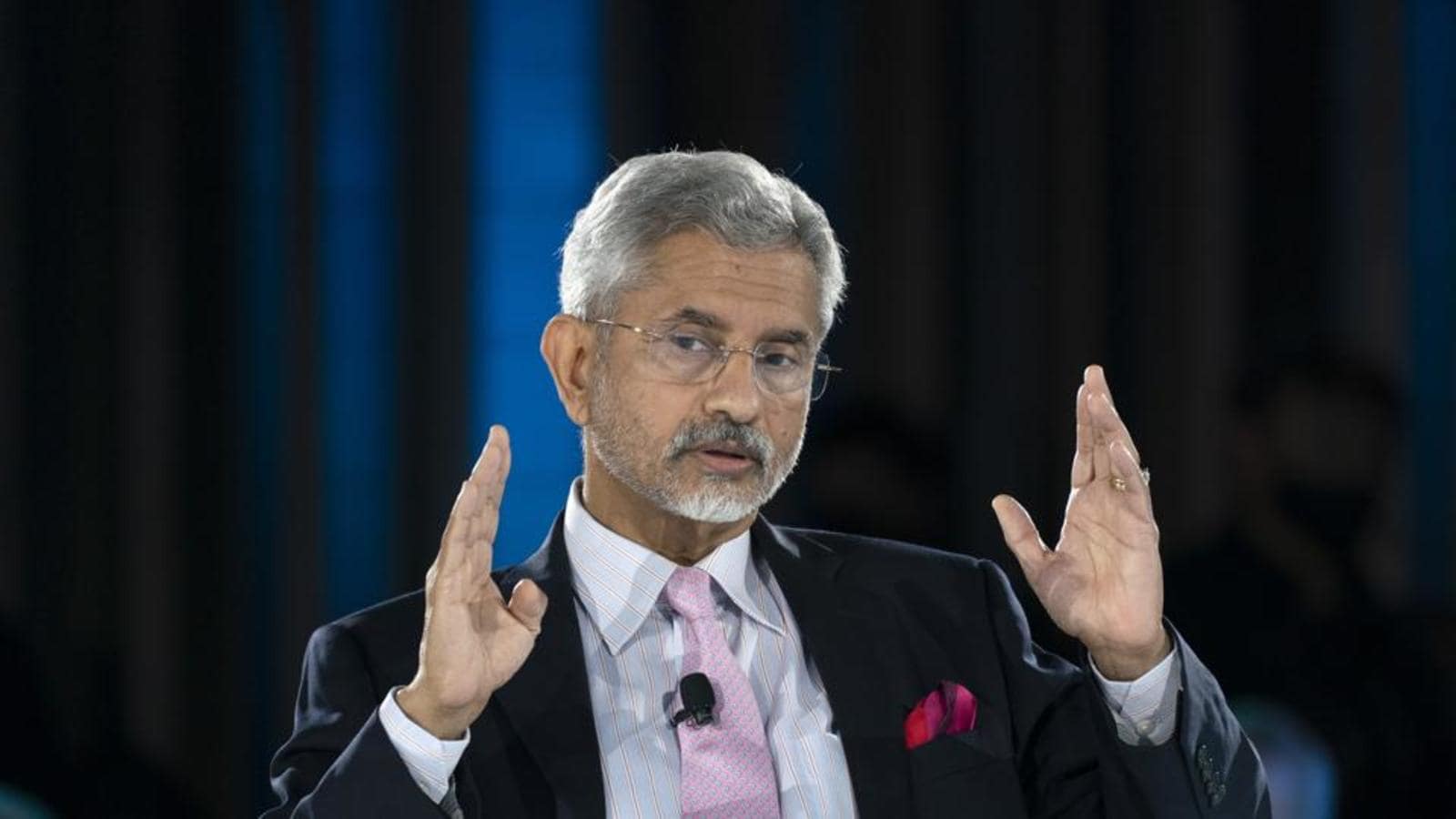 apple: Mission Impossible music composer praises Apple’s Spatial Audio technology, here’s what he has to say about it


New Delhi: In a tacit swipe at Pakistan, external affairs minister S Jaishankar on Thursday condemned repeated attempts to bring bilateral issues into the agenda of the Shanghai Cooperation Organisation (SCO) and said such efforts violate the grouping’s charter.

Jaishankar made the remarks while addressing the meeting of the SCO council of heads of government that was held virtually under the chairmanship of Kazakhstan. He also spoke on the need for reformed and invigorated multilateralism to reflect contemporary realities.

“It is unfortunate to note that there have been repeated attempts to deliberately bring bilateral issues into SCO. This violates the well-established principles and norms of SCO Charter,” he said.

“Such acts are counterproductive to the spirit of consensus and cooperation that define this organisation and should be condemned,” he added.

Indian officials have accused Pakistan in recent years of repeatedly attempting to raise bilateral issues such as Kashmir at meetings of different SCO bodies.

During a virtual meeting of national security advisers of SCO states in September 2020, NSA Ajit Doval walked out after his Pakistani counterpart, Moeed Yusuf, projected a map that inaccurately depicted the borders of the two countries and included several Indian regions within Pakistan.

Jaishankar, who represented India at Thursday’s meeting, said SCO is observing its 20th anniversary in a rapidly changing global and regional environment. SCO continues to play a significant role in promoting peace and stability in the region in times of unprecedented upheaval, and India is committed to constructively contributing to implementing the mandate of the grouping, he said.

The socio-political impact of Covid-19 is “far from over and has exposed the weakness of global institutions”, he noted. “This is the time to bring in much needed reforms to our global institutions, including the WHO, and rework our development strategies to face a post-Covid-19 world,” the minister said.

“For this, we need a reformed and reinvigorated multilateralism that reflects today’s realities, which gives voice to all stakeholders, addresses contemporary challenges and puts human beings at the centre of our thought and policies,” he added.

India believes greater connectivity is an economic force multiplier that has acquired greater importance in the post-Covid era, though “any serious connectivity initiative must be consultative, transparent and participatory”, Jaishankar said.

Such initiatives “must conform to the most basic principle of international law — respect for sovereignty and territorial integrity”, he pointed out.

In this context, Jaishankar spoke about India’s efforts to operationalise Chabahar port in Iran in order to provide secure and commercially viable access to the sea for Central Asian state.

“We have also proposed to include the Chabahar port in the framework of International North-South Transport Corridor (INSTC). I would like to reaffirm India’s commitment to cooperate, plan, invest and build physical and digital connectivity in the SCO region,” he said.

Jaishankar also referred to climate change being the “biggest existential threat” for many developing countries and said: “As we move towards practical implementation of the trade and economic agenda of SCO, we must simultaneously pay heed to the climate change impact of our joint activities.”

India now ranks fourth in the world in installed renewable energy capacity, and its non-fossil fuel energy has increased by more than 25% in the past seven years. It co-initiated the International Solar Alliance that now has more than 100 member states and is ready to share its experience in climate change mitigation and adaptation in the SCO format, he said.

The meeting was attended by leaders of SCO member states, observer states, the SCO secretary general, and the executive director of the SCO Regional Anti-Terrorist Structure (RATS).

apple: Mission Impossible music composer praises Apple’s Spatial Audio technology, here’s what he has to say about it