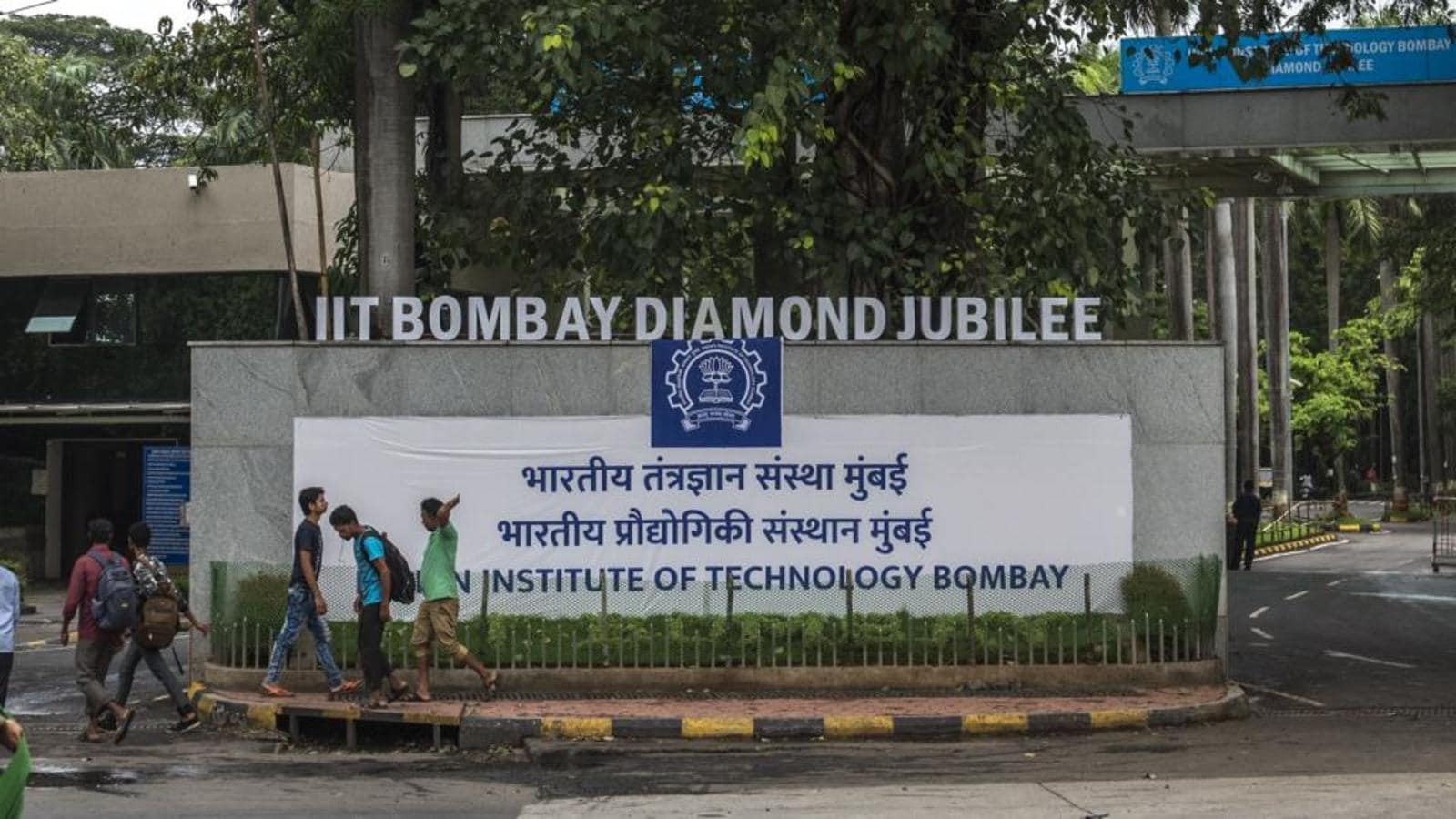 
On Thursday, November 25, his 18th birthday, Prince Jaibir Singh sat in one corner of his three-room house glued to a screen, attending the virtual orientation ceremony for the Civil Engineering course at IIT Bombay. There could not have been a more fitting celebration. A month ago, Singh was ecstatic, having gained entry to the institution he always dreamed of. Three days later, the dream turned into a nightmare. Unable to pay the fees on time because of a technical glitch, he was told there was no room for him. Three weeks later, and after an intervention from the Supreme Court that propelled him to national headlines, Prince was in an online classroom with his IIT peers.

He had won, lost; then won again.

Off one of Ghaziabad’s busiest highways, Meerut Road, Bhatta Road is a cramped lower middle-class colony like so many other that dot the fringes of urban India. Prince has lived all in this settlement that is chock-a-block with houses, and bustling with activity. Children run barefoot across its concrete narrow lanes, women and the elderly sit on the pavements outside their homes in the winter sun.

“We have been living here for 25 years now,” said Asha Devi, 48, Prince’s mother. “He was born here in this house. The youngest of five children, he is the apple of our eyes. That’s why we named him Prince!” she said.

On November 14, Prince, who is Dalit, moved the Supreme Court against the Union of India, Joint Seat Allocation Authority 2021, IIT Bombay, and the National Informatics Centre after he was denied admission at IIT Bombay.

He is now the boy who melted the Supreme Court’s heart and saved his IIT dream.

The saga of joy, despair and jubilation began on October 27.

Prince passed the Joint Entrance Examination (JEE) Advanced 2021, scoring an all-India (general) rank of 25,894, and a Scheduled Caste (SC) rank 864. He was allotted a seat at IIT Bombay on the JoSAA portal.

“It was a dream come true for me to get a seat in the prestigious IIT Bombay. My family was overjoyed, and I started arranging for documents for the formalities,” said Prince, whose father is a Class C employee with the Delhi Police and mother is a homemaker.

He did not imagine anything could go wrong.

By October 29, Prince uploaded the documents online, and was asked to make a payment of ₹15,000 as “seat acceptance fee”.

“I did not have that much money in the bank account linked to my debit card. I told my family, and my eldest sister, who works with India Post in Delhi, transferred the amount the next day, on October 30. But after repeated attempts, I somehow could not complete the transaction. Then, on October 31, which was the last day to submit the fees, I went to a cyber café to make the payment, but the same thing happened. The admission window closed at noon,” he said.

Prince’s Supreme Court petition details his attempts to make payments at 9.51pm and 9.58pm on October 30, and then at 11:44am on October 31. The error message he got varied from “unable to process request, please try later” to “invalid server access”.

At 12.29pm on October 31, Prince sent an email detailing this problem to JoSAA, and called its office, but there was no response. His family decided that he should go immediately to IIT Kharagpur, which was in-charge of conducting the counselling process this year.

“My elder sister and I immediately booked a flight from Delhi to Kolkata, and travelled all night from Howrah railway station to Kharagpur. By November 1, at 9am, we were at the IIT Kharagpur office. There were seven more candidates who had faced technical issues with their admission. But when the officials arrived, they told me, rules are rules, and there is nothing that they can do. They said there was no point trying now; I should go back home,” said Prince.

At Kharagpur, a disconsolate Prince began talking to other BTech students, and was told of a possible precedent.

“I shared my ordeal with them, and one of them mentioned the case of Siddhanth Batra, who moved the Supreme Court last year after a wrong click on the admission portal put him out of counselling. He won that case. I thought that I should also take legal help,” Prince said.

While travelling back to Ghaziabad, Prince and his 26-year-old sister started contacting advocates through references and web searches. “We didn’t want to leave any stone unturned.”

After a preliminary chat with a lawyer, Prince went to Allahabad with his father on November 6. The lawyer told them that they should file a case in the Bombay high court as it will have stronger jurisdiction over IIT-Bombay, and put them in touch with a Bombay high court lawyer, Jyoti Chavan. “After booking to and fro flights to Kolkata, we went to Mumbai by train because it would have been too expensive otherwise. Eventually, on November 8, the case was filed in the high court there,” Prince said.

Four days later, the high court ruled that since the Supreme Court looked at the Siddhant Batra case under Article 142, it was only the apex court that could decide on Prince’s case. Article 142 is an extraordinary provision in law that says the Supreme Court, in the exercise of its jurisdiction, “may pass such decree or make such order as is necessary for doing complete justice in any cause or matter pending before it”.

Chavan then put Singh in touch with Supreme Court lawyer Amol Chitale, who, like Chavan, took up the case pro bono, and filed a petition in the apex court on November 14.

After the first hearing on November 18, the top court’s remarks made headlines across the country. A bench headed by justice Dhananjaya Y Chandrachud, bench told the counsel appearing for IIT-Bombay and the IIT’s seat allocation authority that it was an “unfortunate case”.

“He is a Dalit boy. He has aspirations, and he is meritorious. For all you know, he could be a leader of the nation 10 years or 20 years down the line,” the bench said.

The court asked the IIT management to find a way to accommodate the 17-year-old at the institute. When IIT’s counsel Sonal Jain said that all seats at IIT-B were filled, the bench responded, “This is a case where we have to look beyond the law. If it is his destiny, we cannot do anything but let us all try our best. You be the officer of the court and do something.”

Prince submitted that he was willing to accept a seat in any of the seven zonal IITs, in any stream. The court asked the IIT counsel to come back after looking for a seat for him. In the next hearing, on November 22, however, Jain said there was no seat available in any of the IITs.

Adamant to give relief to the boy, the top court invoked its power under Article 142, and ordered for the creation of an extra seat at IIT Bombay. “This court has before it a Dalit student who is on verge of losing a valued seat allocated to him at IIT Bombay. The travails of the appellant have taken him from Allahabad, where he is presently studying, to Kharagpur and then to Bombay and eventually to the national capital… Having regard to the facts of the case, it will be travesty of justice for a young Dalit student who has finally come to this court to be turned away,” the court said in its order.

For Prince, this meant relief, and vindication. “I feel fortunate to be in a country where the top court has brought justice to an ordinary boy like me. I was hopeful of winning the case as the issue was genuine and can be faced by anyone. The court has asked the IIT management to keep buffer seats for cases where such technical issues may arise. I hope no other candidate has to go through what I went through the past days,” he said.

Culmination of years of work

Prince studied at Fatima Convent School before moving to the Delhi Public School, Ghaziabad, for classes 11 and 12 on a full scholarship. He scored 95.6% in his Class 12 board exams.

His teachers remember him as hardworking and soft-spoken. “He was a sincere student who would always be seen in the library. In fact, he would often use my library card in addition to his own to get more books issued to him because he could not afford coaching for entrance exams,” said Suparna Krishnan, headmistress at DPSG, who was also Prince’s English teacher.

Living in a family of seven – Prince has one brother and three sisters, all elder to him – he would always find time, and a little corner in the three-room home, to study.

“When we came here 25 years ago, my husband had recently got the job and we had no resources. Still, we never let our low income interfere with our children’s education. I would often compromise on the household budget, just so that our children’s school fees would be paid on time,” said his mother Asha.

Fatima Convent, the government school he studied in till Class 10, used English as the medium of instruction. That he got this opportunity came with sacrifices for the rest of the family. “My eldest daughter (who works at India Post) always says to her father that had she also been in an English-medium school, she would have had a better career. But we could only afford to send Prince and our third daughter,” Asha said.

Prince’s eyes were set on IIT from when he was in Class 9.

“My uncle’s daughter got through IIT-Patna and that is what motivated me to prepare for the exams. We could not afford coaching as it was too expensive, at ₹4 lakh for two years. As a result, I resorted to self-study and took a one-month crash course in 2020 just before my first attempt at JEE,” Prince said.

Prince said that, growing up, his father often stressed on the importance of education. “He would often round up all of us and tell us the stories of our ancestors who used to work as labourers at upper caste’s fields and lands in Shamli. He made us realise the importance of education and how he broke free from those shackles by studying and joining the Delhi Police. He told us that it is now his duty to support our education and ours to work hard and prove ourselves,” said Prince.

Prince has now completed formalities, submitted documents. All that is left is to pay the full ₹50,000 fees for the year, the process for which starts next week.

At Bhatta Road, not all the neighbours knew of Prince’s story until now; the family was uneasy about making declarations before the admission was set in stone. The time – for the announcement and for celebrations – is now here. Timed perfectly with his 18th birthday.