Those who troll have no cricket sense: Mohammad Amir comes in support of Hasan Ali 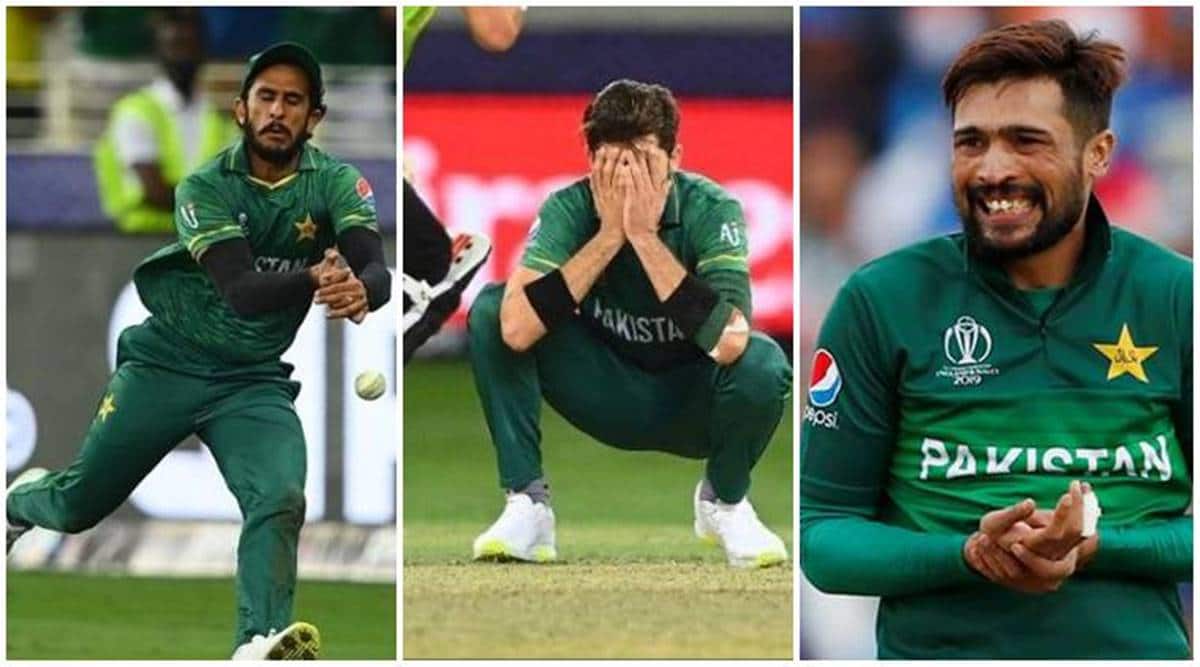 Former Pakistan pacer Mohammad Amir has come out in support of Hasan Ali following the backlash faced by the bowler on social media after the team lost the semi-final of the T20 World Cup earlier this month. Ali had even apologised for his forgettable outing against Australia, saying he is more disappointed than anyone else and pledged to come back stronger from this bad phase of career.

Amir slammed trolls for the targetted harassment of Ali for dropping Matthew Wade’s catch and praised the team for their performance in the tournament.

“Our team went to World Cup after New Zealand series and England series were cancelled. Coaches came in contracts of one-two months. There was a change in management. Performing in this environment is a big achievement. Even India, who were playing Indian Premier League in UAE, were not able to qualify for the semifinal stages,” Amir said during a press conference.

“Those who troll have no cricket sense. Every player has dropped catches in their career, and Hasan is a good fielder. Also, we did not lose the match because of the dropped catch. You cannot troll this team, you can only give them credit for how well they played,” he added.

Earlier, in the 19th over of the World Cup Semi-final between Pakistan and Australia, Ali dropped Matthew Wade off Shaheen Shah Afridi at deep midwicket and the error proved to be costly for Pakistan as the Australian wicketkeeper-batsman then hit three consecutive sixes to take his side into the final by registering a five-wicket win in Dubai.

This ended Pakistan’s fabulous campaign in the tournament. The Babar Azam-led side had entered the semifinal clash with five consecutive wins under its belt.

Amir also opened up on his battle with Covid amid the ongoing season of Abu Dhabi T10 and revealed that he has returned to bowl at the nets sessions. “I practiced for two days. When I run for long or if I speak for too long, I start coughing. It is difficult because you feel fatigued. But as a professional, you need to have the mindset to get yourself out of that zone or it will keep troubling you. You know your responsibilities to your body. I am improving day by day,” Amir said.

The veteran fast bowler also expressed a desire to be a part of the team in the final 4-5 games and also added that he has no pressure from Bangla Tigers.

“I wish to play the last 4-5 games. The team is performing well at this point and we have found our winning combination. It helps me as I can take an extra day or two if needed to recover. There is no pressure from management and they have told me I can play whenever I start to feel better,” Amir added.

Amir, who has played 36 Tests, 61 ODIs, and 50 T20Is for Pakistan, spoke about the possibility of bilateral series between India and Pakistan being held in Dubai after Chairman of the Dubai Cricket Council Abdul Rahman Falaknaz offered to host the same in the city over the past week.

“It is a good gesture and we should thank him,” Amir said. “But until the governments from the two countries do not sit down to discuss their problems, till then the third parties cannot do anything. It also depends on the cricket boards of both the nations and what their thought process is. If all parties agree, and if there is a bilateral series between India and Pakistan in Dubai, it will be great for the sport,” he said.

On speculations of coming out of international retirement, Amir said that at this point, he is focused on playing Abu Dhabi T10 and other leagues.

“I was in contact with Wasim Khan. There is new management and chairman at PCB. I have not spoken to any of them. You have to keep your self-respect and if I say I will come out of retirement and the board has no plans for me to return, then it would not be fair. So, at this point, I am focused on T10 and other cricket leagues,” he signed off.