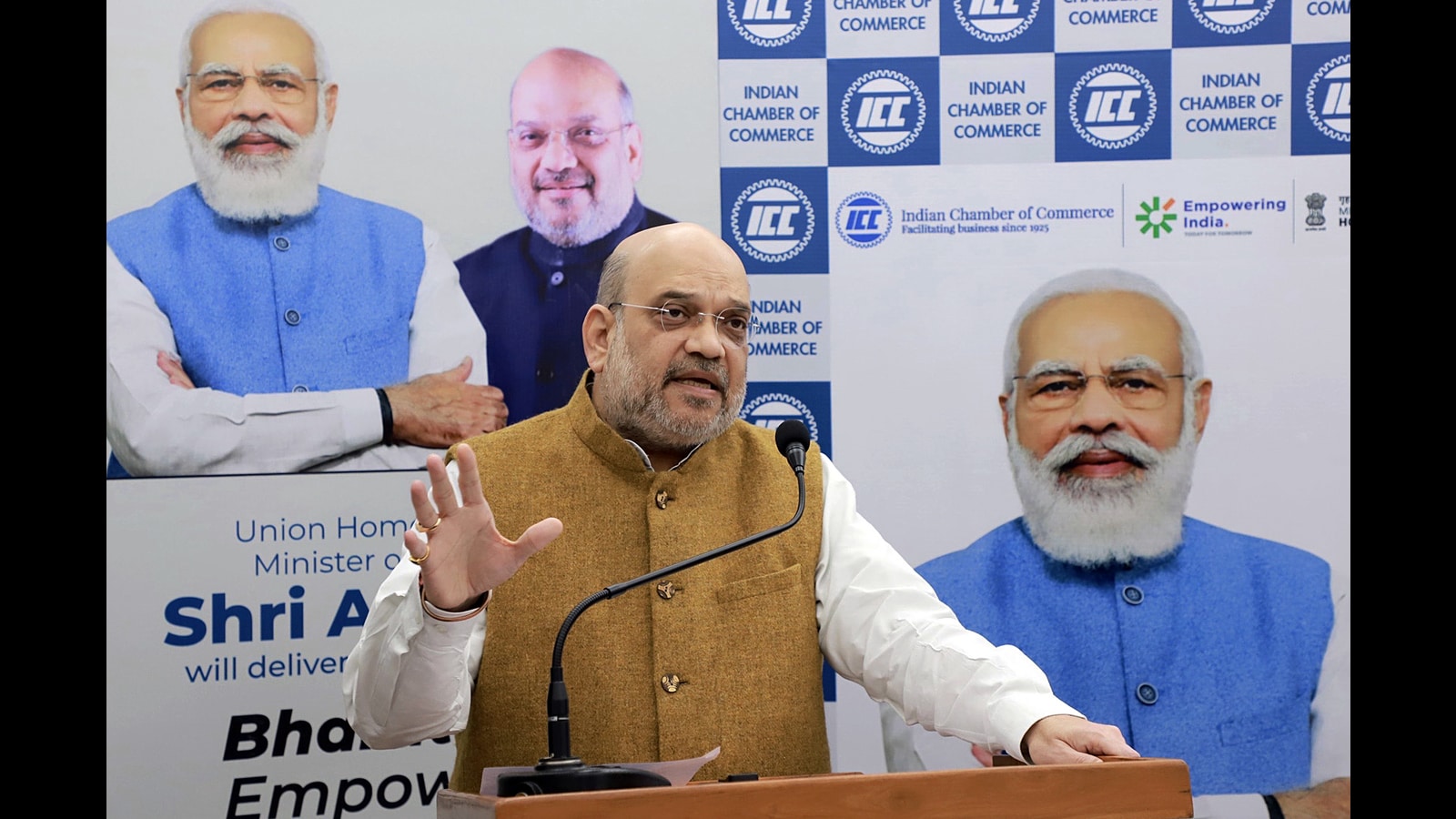 
New Delhi: Union home minister Amit Shah on Thursday called upon businesses to invest in the country’s northeast and boost development in the region that was witnessing peace and political stability for the first time.

He said that in just seven years, the Union government led by Prime Minister Narendra Modi has created an atmosphere in the northeast that is ideal for investments.

Shah made the appeal while virtually addressing a session themed “Bharat at 75: Empowering Northeast India” at the annual general meeting of the Indian Chamber of Commerce (ICC).

He urged ICC to look at the positive change in the region and set up a chapter there. “I would like to tell the ICC that everything required for investments is now there in the northeast. It is time to invest in the region, empower it and boost its development,” Shah said.

“There was a time when there were problems like violence, extremism, disputes, floods, corruption and drugs. Manipur was known only for bandhs, blockades and strikes. Assam was known only for terrorism and conflicts between ethnic groups. But today the North East remains in the news for increasing connectivity, development, tourism, employment, electricity and forests as well as ending floods. If industrial investment is to be made in any region, then it is very important to have peace, end disputes, create an environment of political stability and create a good environment for economic development. The task of creating such an environment has been done by the Narendra Modi government in the last 7 years. Today the North East is ready to be a big contributor to the development of the country,” he added.

Shah pointed out that the government was focusing on a new approach in its development boost in the region that revolved around “three Es” — empathy, empowerment and enabler.

The home minister said PM Modi’s target of turning India into a $5 trillion economy in the coming years could not be possible if the northeast region is not developed properly. “The northeast is very important for us and we have to connect it with the rest of the country in all sense,” Shah said.

“The Modi government has focused on the northeast region since it came to power. Today, the region is ready to play the role of contributor in the development of the country,” he added.

Talking about development initiates taken by the Modi government during its seven years, Shah said the northeast is clearly the main focus for the PM, who has made at least 50 trips to the region since coming to the power in 2014.

“Today, there is rail and road connectivity to every capital city in northeastern states. Tourism is booming and national highways have been built in all the states. All governments in the northeast are now working in majority and peacefully. Conflicts have been resolved and insurgency is finished,” said Shah.

The minister said that in the last seven years, the government has identified four major objectives for the northeast region. First, to end the instability by establishing political stability; secondly, to end all the disputes in the northeast and turn it into a peaceful area; third, to preserve its dialects, languages, dance, music, food and, culture, and to create an attraction for it in the world; and fourth, to make the northeast a developed region and make efforts to bring the northeast’s contribution to the GDP back to the level before independence.