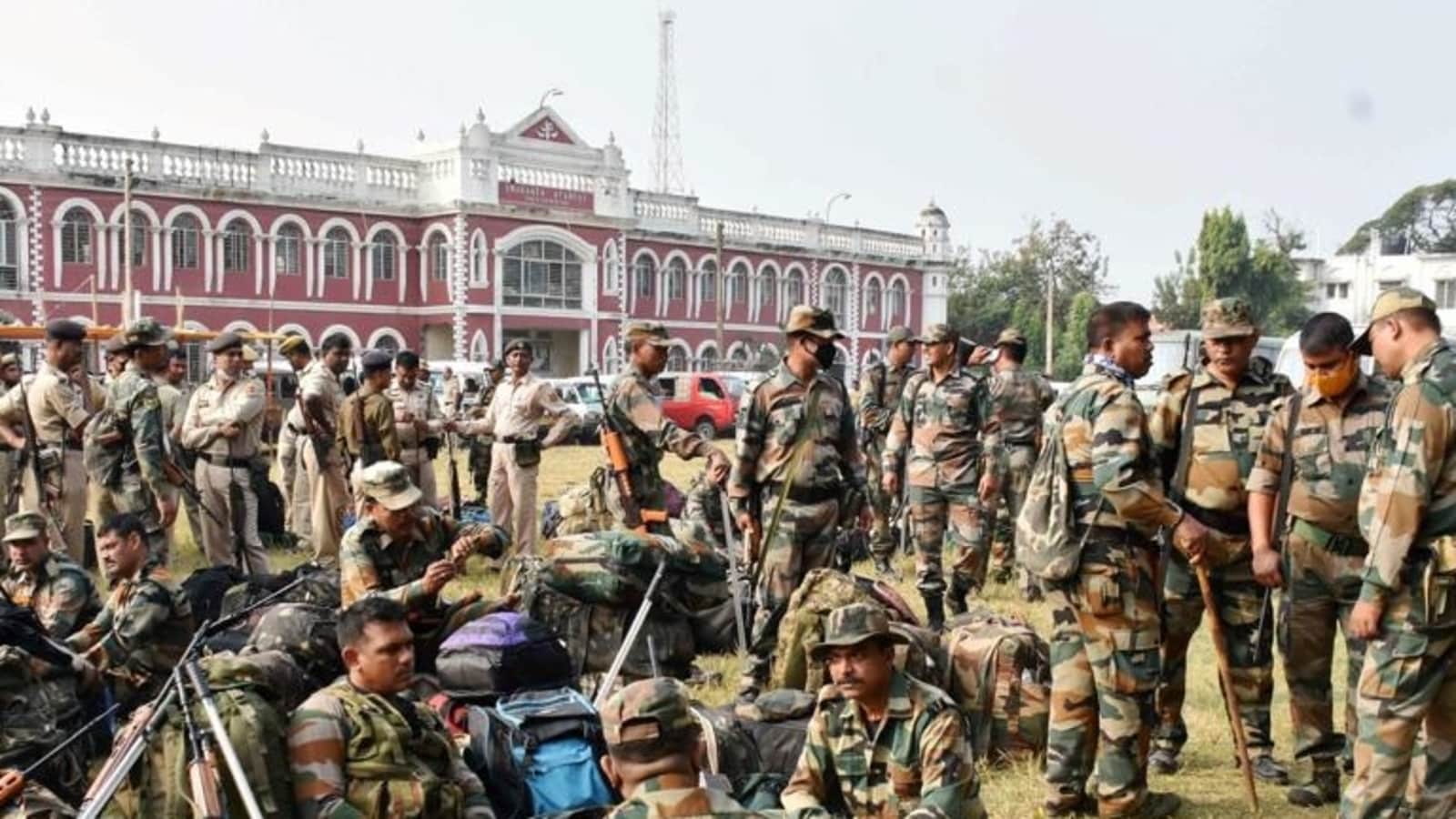 Of the total 334 seats in the Agartala Municipal Corporation (AMC) and 19 other urban bodies, the ruling BJP, earlier this month, won 112 uncontested.

Voting for elections to 222 seats in the Agartala Municipal Corporation (AMC) and other municipal bodies in Tripura began at 7am on Thursday, and will go on till 4pm. A total of 785 candidates are in the fray, including those from the ruling Bharatiya Janata Party (BJP), and opposition parties such as the Congress, Trinamool Congress (TMC), CPM etc.

Of the total 334 seats in the AMC and 19 other urban local bodies, the BJP won 112 uncontested, earlier this month. The counting of votes for the remaining seats will begin at 8am on Sunday.

Thursday’s polling will take place across 644 booths, of which 370 have been identified as category ‘A,’ while the remaining 274 are under category ’B.’ Authorities have taken adequate measures to ensure that the polling remains free and fair; the steps taken include deployment of the Central Reserve Police Force (CRPF) and the police state troopers.

The stringent security measures were necessitated due to violence that preceded the polls, particularly due to clashes between workers from the BJP and TMC. On Tuesday, the Supreme Court dismissed the Trinamool’s petition seeking postponement of the civic polls, though it did direct the Tripura Police to submit within two days an action-taken report on incidents of poll-related violence in the northeastern state.

These are the first municipal elections taking place in Tripura since the BJP formed its first government here, in 2018. Around 6 lakh voters are eligible to exercise their right to vote. The state will elect its next government in early 2023.