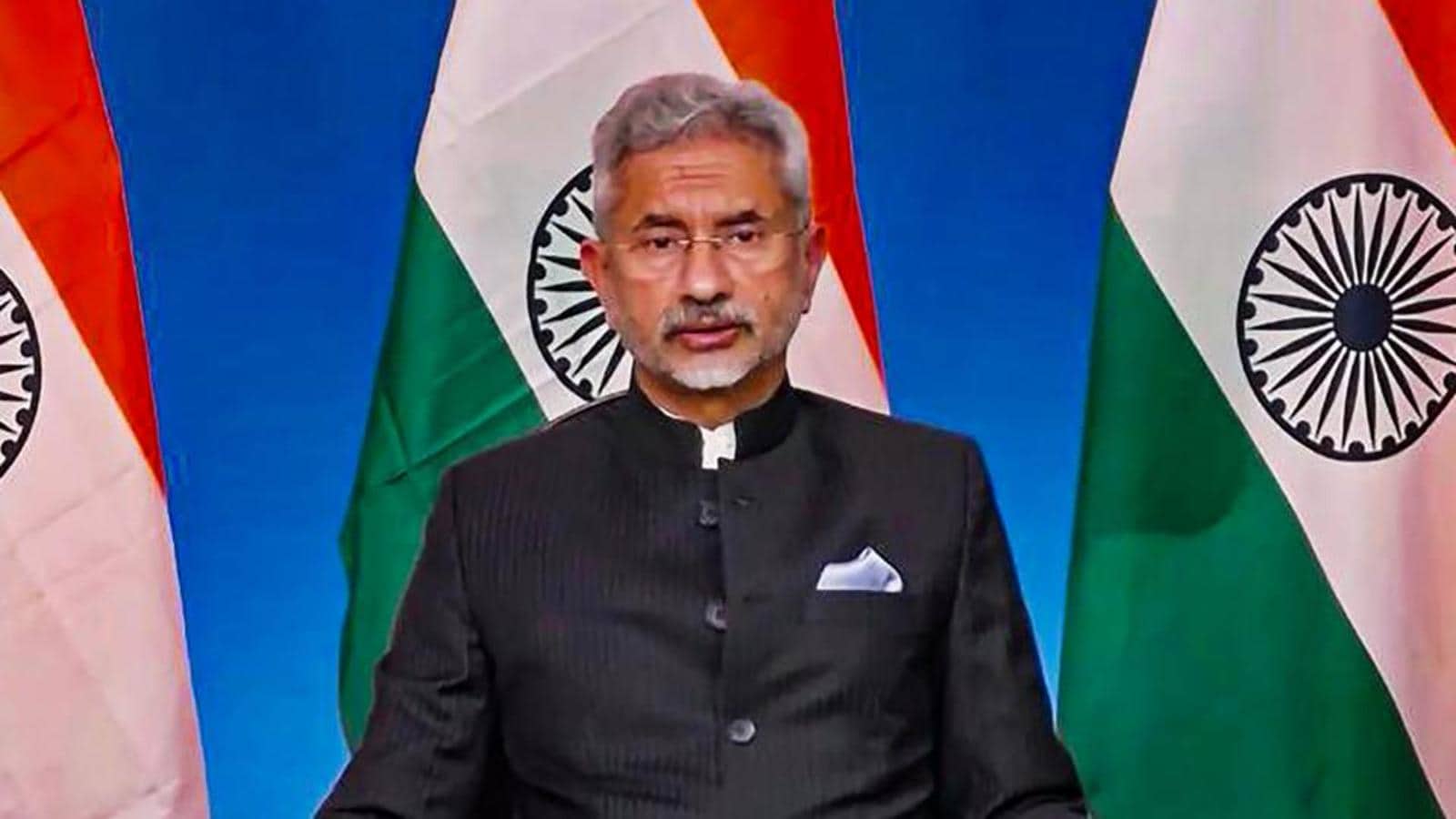 
India, Russia and China need to work jointly to counter threats such as terrorism and drug trafficking, and to ensure that humanitarian aid reaches the Afghan people without hindrance and politicisation, external affairs minister S Jaishankar said on Friday.

In his opening remarks at a virtual meeting of foreign ministers of the Russia-India-China (RIC) mechanism, Jaishankar called for reforms of the multilateral system to ensure a multi-polar and rebalanced world based on sovereign equality and respect for international law.

The 18th round of talks between RIC foreign ministers was held against the backdrop of an India-China standoff on the Line of Actual Control (LAC) that has taken bilateral ties to an all-time low and impacted trilateral cooperation. Both Jaishankar and his Chinese counterpart avoided any mention of the standoff and spoke of the need for cooperation to tackle challenges such as the Covid-19 crisis.

On the ground, there have been few signs of the three RIC countries working together on the situation in Afghanistan following the Taliban takeover in August.

“RIC countries need to work together to ensure that humanitarian assistance reaches the Afghan people without hindrance and without politicisation. It is necessary for the RIC countries to coordinate respective approaches on the threats of terrorism, radicalisation, drug trafficking etc,” Jaishankar said.

Though Jaishankar did not name any country, his remarks about unhindered supply of aid to Afghanistan were an apparent reference to Pakistan, which had held up a proposal for the shipment of wheat from India via land routes for more than a month. Pakistan Prime Minister Imran Khan recently cleared the proposal.

Jaishankar noted that India had offered to supply 50,000 tonnes of wheat to Afghanistan to address a drought situation in line with its commitment to the Afghan people.

He said India, as a contiguous neighbour and long-standing partner of Afghanistan, is concerned about recent developments in that country, especially the suffering of the Afghan people. “India supports an inclusive and representative government in Afghanistan as also other provisions of UN Security Council resolution 2593,” he added.

Laying out the agenda for the RIC meeting, Jaishankar said it would focus on the three topical matters – the fight against Covid-19, reforms of the multilateral system, and international hot spot issues. He also said India is commitment to foster closer dialogue and cooperation among the three largest nations in Eurasia under the RIC mechanism.

“I believe that our cooperation in areas like trade, investment, healthcare, education, science and technology and politics etc could significantly contribute to global growth, peace and stability. This would be in line with our common ethos of recognising the world as a family,” he said.

The RIC approach to global development should be human-centric and not leave anyone behind, he added.

The Covid-19 pandemic has shown the inter-dependence of an inter-connected world, and the need of the hour is “one earth, one health”, Jaishankar noted. “That means a timely, transparent, effective and non-discriminatory international response to global health challenges, including pandemics, with the equitable and affordable access to medicines and critical health supplies,” he said.

India also believes a multi-polar and rebalanced world based on sovereign equality of nations and respect for international law and contemporary realities requires reformed multilateralism.

Wang, who began his remarks by referring to Jaishankar and Russian foreign minister Sergey Lavrov as “my two old friends”, said the economic recovery of nations is a daunting task as the Covid-19 situation is “resurging”.

The global situation has entered a “period of deep transformation”, and the RIC states, with their global influence, have extensive common interests and similar positions and shoulder important responsibilities, he added.

“China will work with Russia and India [and] act in the spirit of openness, solidarity, trust and cooperation. The RIC mechanism will send a positive message to the world on “practising true multilateralism, promoting democracy of international relations, combating the pandemic, boosting economic recovery and upholding world peace and stability”, Wang further said.

Lavrov said the international system is facing large-scale challenges in economic and social development amid the persisting pandemic, and the Coronavirus has “exacerbated the crisis of global governance, bringing about a surge in protectionist and isolationist sentiment”.

“The RIC format is still one of the key factors of regional and world politics. It is relevant in terms of ensuring security, improving the architecture of inter-state relations in the Asia Pacific, as well as in promoting a broad economic integration in the Eurasian space,” he added.