Undemocratic, family-run party system is not in tune with the Constitution: PM Modi 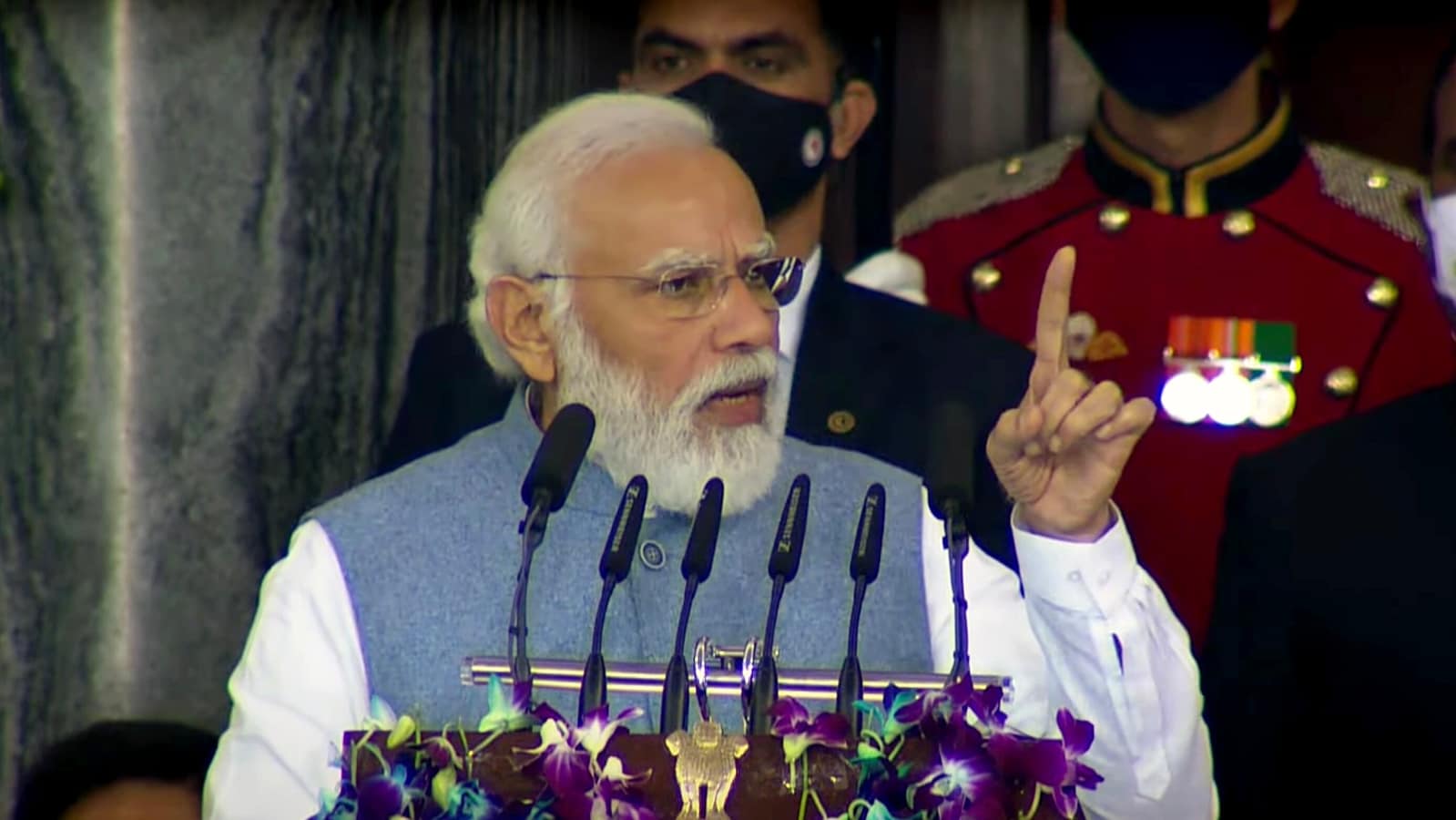 
Prime Minister Narendra Modi on Friday gave three key messages to people, particularly the political parties who are expected to be custodians of the Constitution – shun the family-run party system to become real champions of democracy, don’t revere convicted politicians in public life, and focus on duties to the nation before exerting your rights.

While the first message is directed to key political families across the spectrum such as Gandhis’ stronghold on the Congress, Mamata Banerjee and his nephew’s dominance in the Trinamool Congress (TMC), Mulayam Singh Yadavs’ family-run Samajwadi Party (SP) and Lalu Prasad Yadav’s RJD; his second tirade was at public honouring of Lalu after being convicted in the fodder scam.

Making his third point at the Constitution Day celebrations in the Parliament, the Prime Minister said Mahatma Gandhi had tried to prepare the nation for the duties, even while fighting for the rights in the freedom movement. “It would have been better if the duty had been emphasised after the country’s independence. In the Azadi ka Amrit Mahotsav, it is necessary for us to move forward on the path of duty so that our rights are protected,” he said. He was hinted at the leadership post-Independence that promoted “rights” but did not pay adequate attention to “duties” towards the people and the nation.

He said that the political parties are responsible for enforcing democratic traditions, but unfortunately, many of them have no internal democracy because they promote family members instead of merit. “In the form of family-based parties, India is heading towards a kind of a crisis, which is a matter of concern for the people devoted to the Constitution,” he said.

“How can the parties which have lost their democratic character protect democracy?,” he added.

The Prime Minister also warned against the tendency of forgetting and glorifying convicted corrupt people. He said while giving an opportunity to reform we should refrain from glorifying such people in public life.

Prime Minister Narendra Modi was speaking at the “Constitution Day” celebrations in Parliament. The event was also addressed by the President, the Vice President, and the Lok Sabha Speaker.

PM emphasized that November 26 is the day to bow to this house of democracy also. The Prime Ministers bowed to the martyrs of 26/11 also. “Today, 26/11 is such a sad day for us, when the enemies of the country came inside the country and carried out the terrorist attack in Mumbai. The brave soldiers of the country sacrificed their lives while fighting the terrorists. Today I bow to their sacrifices”, he said.

Elaborating on the spirit behind celebrating the ‘Constitution Day’, the Prime Minister said it was during the 125th birth anniversary of Babasaheb Ambedkar, “We all felt that what could be a greater auspicious occasion than the gift that Babasaheb Ambedkar had given to this country, we should always remember his contribution in the form of a memory book (Smrit Granth)”.

He said it would have been better if along with establishing the tradition of Republic Day on 26th January, ‘Constitution Day’ was also established on 26th November at that time itself.