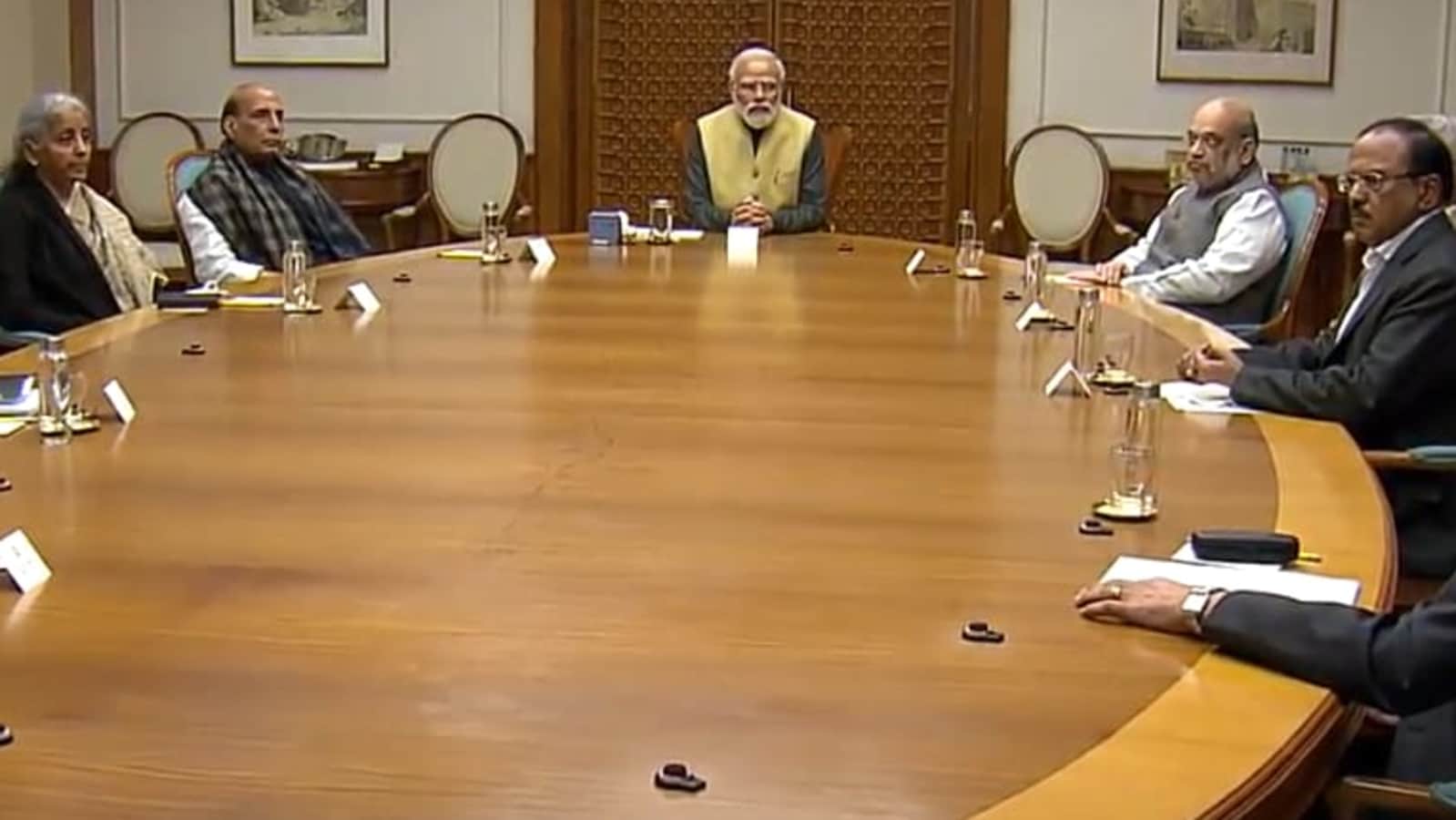 Earlier in the day, army chief general MM Naravane briefed the defence minister about the crash and related issues.

Prime Minister Narendra Modi on Wednesday chaired a meeting of the Cabinet Committee on Security (CCS) wherein he was briefed about an Indian Air Force (IAF) chopper crash leading to the death of chief of defence staff (CDS) General Bipin Rawat, his wife Madhulika and 11 other defence personnel near Coonoor in Tamil Nadu.

Sources said the top cabinet brass observed two minutes of silence and expressed their condolences on the lives lost in the crash.

Earlier in the day, army chief general MM Naravane briefed the defence minister about the crash and related issues. Singh also paid a visit to the late CDS’ residence in Delhi and spoke to his daughter. He is likely to issue a statement on the crash in Parliament on Thursday.

The CDS was on his way to the Defence Staff College in Wellington when the helicopter crashed near Coonoor. The Indian Air Force (IAF) said a Court of Inquiry has been ordered into the accident.

(With inputs from agencies)