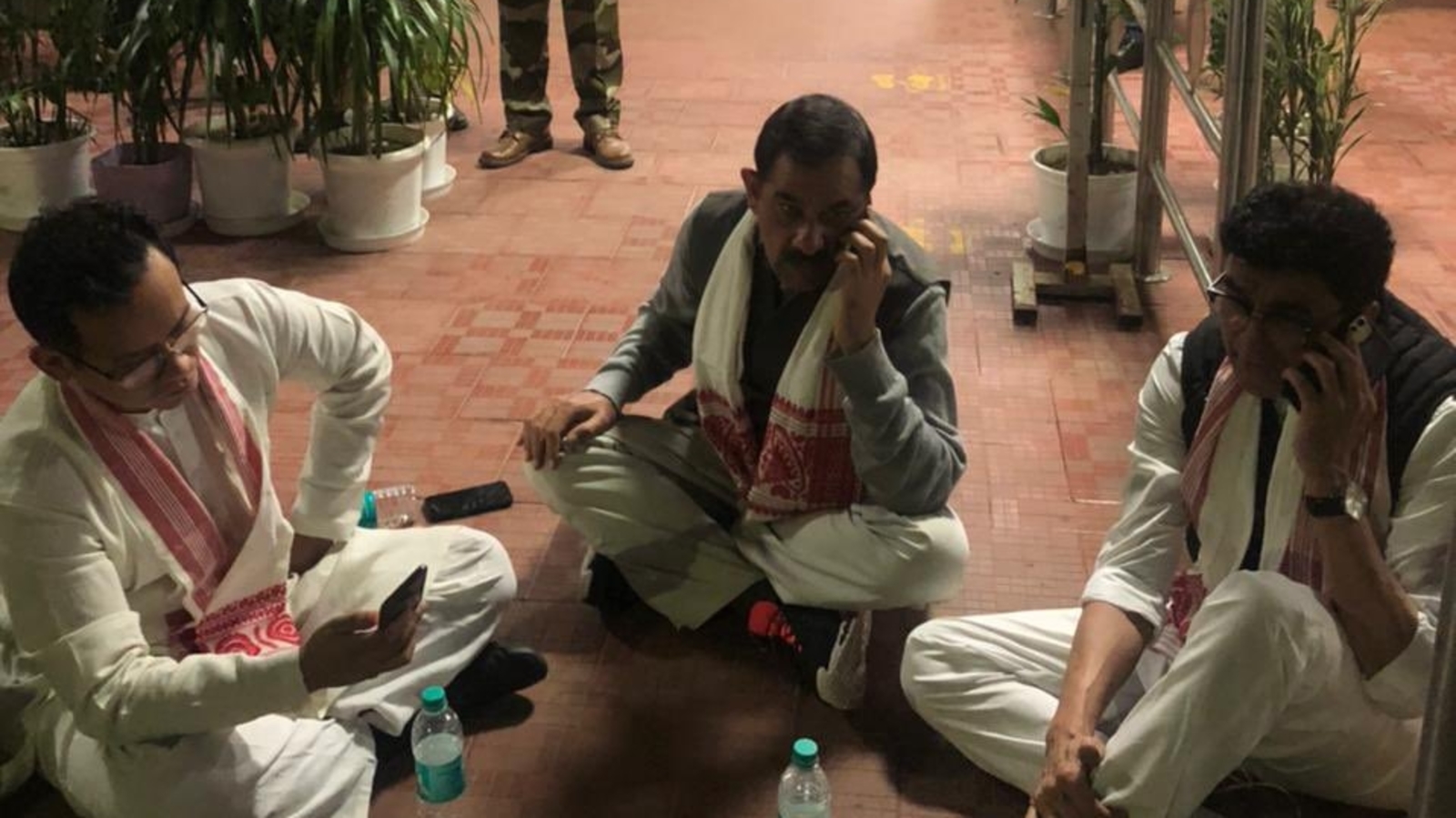 
A Congress delegation, led by Assam MP Gaurav Gogoi, was stopped on Wednesday at Jorhat airport and was not allowed to proceed towards Mon district in Nagaland to meet family members of civilians who were killed in a botched-up counter-insurgency operation of the security forces last week.

Sharing images of their sit-in at the airport, Gogoi said they were illegally being detained and prevented from meeting victims’ families. Gogoi is accompanied by Congress leaders Jitendra Singh Alwar and Ajoy Kumar, all of whom were seen sitting outside the departure gates of the airport in Assam.

“Protesting against the illegal detention of Congress delegation at Jorhat and preventing us from traveling to Mon district in Nagaland to meet the families of the victims,” Gogoi wrote on Twitter.

“Detained at Jorhat along with the AICC delegation , Assam Police has orders to hold us in Jorhat, Assam and prevent us from traveling to Mon district, Nagaland. Why are we not being allowed to meet the families of the victims,” Gogoi further wrote and tagged Assam chief minister Himanta Biswa Sarma and Union home minister Amit Shah in the tweet.

The counter-insurgency operation gone awry in Mon district’s Oting has brought widespread criticism to the security forces as well as the government.

The deaths of the civilians have also ignited the debate surrounding the controversial Armed Forces Special Powers Act that allows the forces to function with impunity.

The forces had initially fired at a vehicle mistakenly assuming it to be belonging to militants leading to the death of seven coal miners. Soon after, angry villagers reached the spot and set ablaze two vehicles of the security personnel following which the forces fired a few more rounds killing more civilians. The home minister has informed the Lok Sabha that it was a case of mistaken identity and said that the army personnel were carrying out the operation on the basis of inputs which indicated movement of extremists in the Oting area of Mon.

“On that basis, 21 commandos laid an ambush in the suspected area. As a vehicle reached there, it was signalled to stop but it started speeding away. On suspicion the vehicle was carrying extremists, the personnel fired at it killing 6 of 8 people,” Shah said. “It was later found to be a case of mistaken identity,” Shah added.

Nagaland chief minister Neiphiu Rio said that the incidents highlighted the need for removal of AFSPA and said that such incidents tarnish the image of the nation. The army has set up a court of inquiry into the killings of the civilians and said the probe will be headed by a major general.