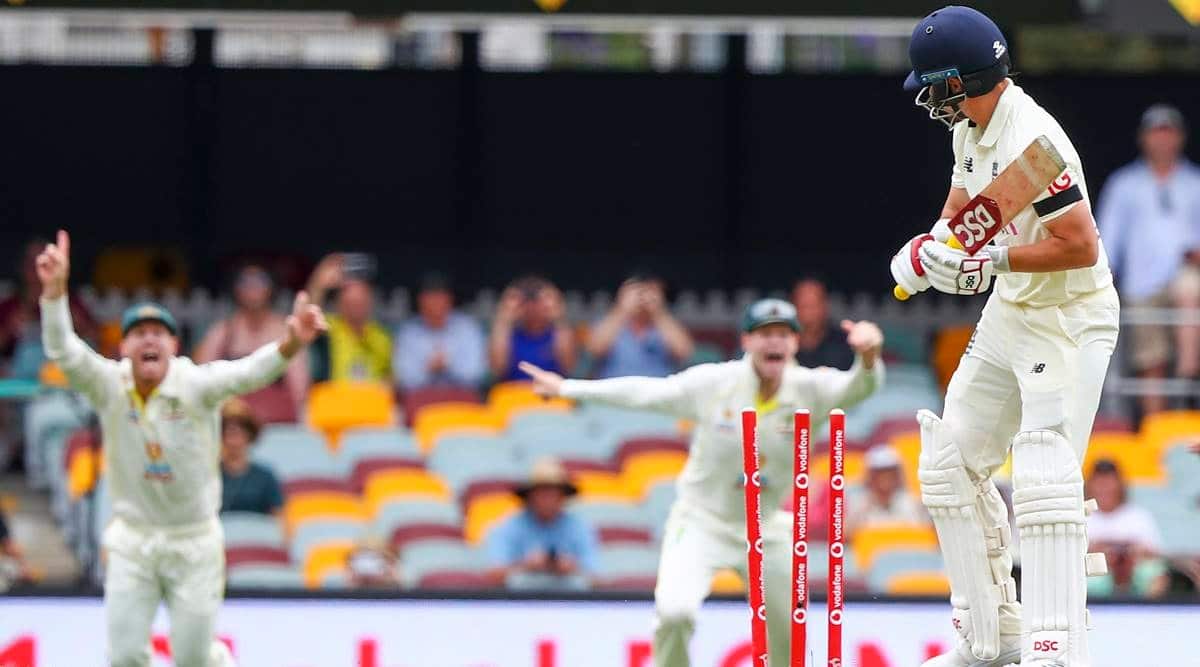 WHAT A WAY TO START THE #ASHES! pic.twitter.com/XtaiJ3SKeV

On-air was Shane Warne, who just hours ago had called for Starc to be dropped for the Test. Warne couldn’t almost believe what his eyes had seen. “Leg stump half-volley,” he would say. “That didn’t swing”. His colleague on air would say it did and even as replays played out, Warne could be heard muttering in disbelief, “What?” The social media would, of course, roast him but it wasn’t just Warne who called it as he saw it.

Michael Atherton, former England captain, too shared the view. On the lunchtime discussion on SEN radio, he would say, “that was a leg-stump half volley. What opening batsmen dream about.” But Warne is copping it on the social media.

Has a first-ball duck happened before in an Ashes Test?

We have to go way back to 1936 series between the two and to the same venue at Brisbane. It was Don Bradman’s first series as a captain, the first England tour to Australia after the infamous Bodyline. England’s opener Thomas Worthington would nick the first ball from the tall Ernest McCormick to the wicketkeeper Bert Oldfield. However, England would win that match courtesy a thunderstorm that turned the pitch into a sticky wicket on the last day and Australia collapsed. Poor Worthington only played two more matches, averaging 12.33, and was described by Wisden as “dead out of luck throughout the trip”.

It wasn’t the first time he had got out for a duck in his brief career of 9 Tests. On his debut against New Zealand in 1930, he had gone for a duck, batting at No. 7. In the fourth Test in the same series, he fell without scoring again. He would tour India for two Tests six years later and hit 87 and 128.

How would Worthington play a crucial role in turning India’s fortunes?

Years later, after he became Lancashire’s coach, he would come to Hyderabad for a six-week coaching camp for schoolboys from around the country, organised by the Indian cricket board in 1965. Amongst them was a boy named Sunil Gavaskar.

Here is Gavaskar in his book Sunny days. “There were thirty schoolboy cricketers in the camp and Mr TS Worthington, the former England player, was our coach. Mr Worthington changed my technique to the English one and gave me many invaluable tips.’ Worthington advocated the benefit of side-on batting approach and instilled in the kid the merit of the classic V – the arc between mid-off to mid-on, and basics of batting. Gavaskar’s flaws were remedied and an “English” technique was set in place. Worthington died 8 years later in 1973, after Gavaskar would make a jaw-dropping debut in West Indies.