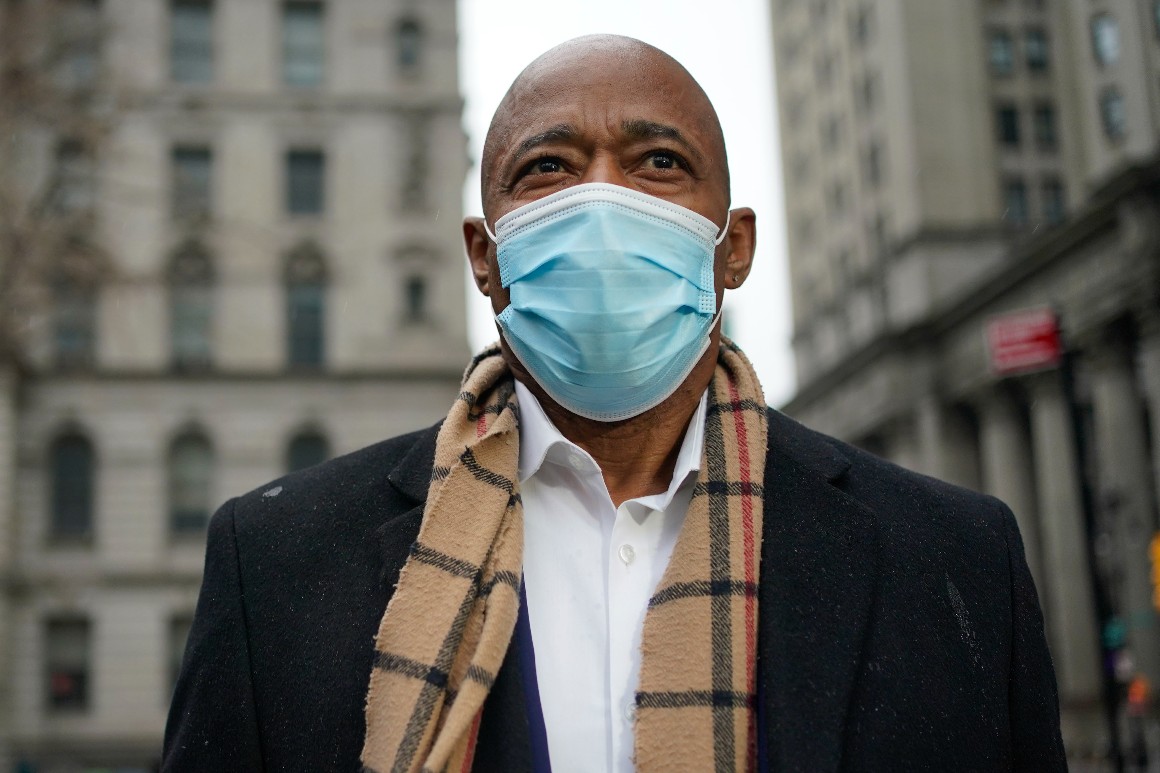 And he has lashed out at Council members who criticized his position.

“I wore a bullet-proof vest for 22 years and protected the people of this city. And when you do that, you have the right to question me on safety and public safety matters. I know a little something about this. I’m going to protect my correction officers. I’m going to protect the inmates that are serving time. And I’m not going to allow violent people to do violence and think they can do it without being held accountable,” Adams told reporters last month.

“There’s a body of people that are coming into the City Council — they have no desire in moving our city forward. Their desire is to be disruptive. What I am going to do? I’m going to ignore them,” he said. “If they like it or not, I’m the mayor.”

He has the support of the correction officers union, which blames de Blasio’s previous elimination of punitive segregation for detainees 21 and under for an increase in violence at the troubled jail complex.

“He gets it. He’s a law enforcement officer… He knows that punitive segregation is an essential tool that we need to maintain safety and security,” Correction Officers Benevolent Association president Benny Boscio Jr. said of Adams.

“This is not the Shawshank Redemption. Punitive segregation is a cell just like any other cell,” he said, arguing that detainees still have access to recreation and programs. “Solitary confinement gives the public this picture like inmates are put in a hole with no light, no windows, we toss them bread and roll down a bucket of water. That’s not what it is.”

But the mayor’s position also puts him at odds with newly elected City Council Speaker Adrienne Adams, who co-sponsored legislation that would force an end to solitary confinement. She did not sign the recent letter to Eric Adams, saying she wanted to speak out on the issue on her own terms.

“We’re so much better than solitary confinement,” the speaker said in an appearance this weekend on the podcast FAQ NYC.

“Do we still need to consider the space of solitary confinement or punitive segregation to cure that? I happen to not think so,” she said of the problem of repeat violent offenders. “I’m still willing to talk about it. I just think that, again, we’re better than that. There are ways to deal with individuals, human beings, that have issues that may have to do with psychological, emotional, behavioral.”

The legislation she signed onto in the previous session gained a majority of Council members as co-sponsors, but never came up for a vote.

Public Advocate Jumaane Williams plans to introduce it again in the new Council, since the previous sponsor, Danny Dromm, has left office.

Williams said he remains hopeful about the possibility of striking a deal with the mayor.

“Where there is agreement is that there are times that people have to be separated from general population, because they’re a threat to themselves, people they’re housed with, or people who work there. What we want to get away from is prolonged isolation, which we all agree does damage to people,” he said. “My hope is that the Council will help get that done, and the mayor will sign it.”

Depending on how he implements it, Adams’ position could also bring him into conflict with a state law passed last year to limit the use of solitary confinement.

“The first thing on his mind is torturing people,” said Jerome Wright, who was once held in solitary at Rikers and is now an organizer with the #HALTsolitary campaign. He called Adams’ claim to support punitive segregation but not solitary confinement deliberate obfuscation. “The mayor of the city of New York, Eric Adams, is intentionally misleading the public. I don’t know what type of leadership that is.”

Representatives for Adams and the Department of Correction both said more details of the new administration’s jails plans will be released in the coming weeks. “The Mayor has been clear that he believes that all City policies pertaining to our incarcerated population must balance the twin imperatives of safety and humane treatment,” said spokesperson Jonah Allon.