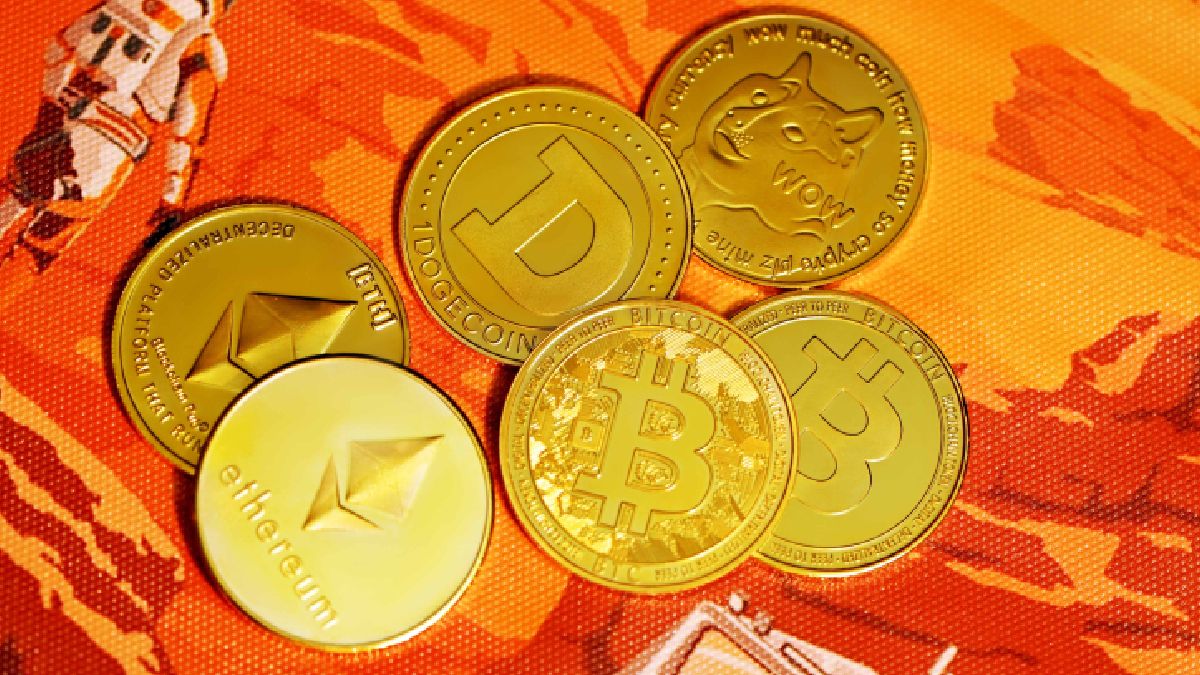 Ether suffered a worse plight after the Ethereum-based cryptocurrency witnessed a fall of 2.73 percent through the day and is currently valued at $3,544 (roughly Rs. 2.63 lakh) on CoinSwitch Kuber while values on global exchanges see the crypto pegged at $3,277 (roughly Rs. 2.43 lakh), where the coin saw a drop of 2.05 percent over the past 24 hours. Despite its horrible start to 2022, Ether’s good showing through the week has seen the second largest cryptocurrency by market capitalisation cut losses to just over 4 percent over the past week.

Bitcoin and Ether’s drop off on Thursday didn’t mean well for the rest of the market either. Gadgets 360’s cryptocurrency price tracker reveals a showing in red across the board, barring a few outliers. Ripple, Cardano, Polygon, Uniswap, Chainlink, and Litecoin all saw dips in valuation. Meanwhile, Polkadot and Monero were the only coins to manage gains apart from the likes of stablecoins like Tether and USDC.

Meme coins have a different story to tell though. While Shiba Inu dropped off by a steep 5.78 percent through Thursday to be valued at $0.000034 (roughly Rs. 0.002511), Dogecoin has managed a massive rise of 8.22 percent over the past 24 hours, buoyed by news of Tesla testing DOGE as a payment option. That said, SHIB’s value has moved up by 1.2 percent in the past week, while Dogecoin’s has skyrocket by 19 percent.

“We saw traded volumes going up almost 20 percent over the past 24 hours. However, the market remained in a consolidated phase with the weekend approaching. The coming week could likely remain volatile with a good participation by the bulls. If Bitcoin remains below 40 percent and the market holds its support levels, we could likely a bullish move across the altcoins,” claims Edul Patel, CEO and co-Founder of crypto investment firm Mudrex.

In related news, Block CEO and former Twitter CEO Jack Dorsey has proposed the creation of a legal defence fund that would help Bitcoin developers deal with mounting litigation. Called the Bitcoin Legal Defense Fund, it’s services would be free for developers to take advantage of if they choose to do so. Initially, volunteers and part-time lawyers would assist with cases, and the fund’s board would be responsible for determining which cases and defendants to help. Dorsey outlined the basics of the proposal in an email to the Bitcoin-dev mailing list.

After El Salvador made Bitcoin a legal tender in September last year, the crypto culture witnessed expansion in several parts of the world. However, the crypto sector could likely encounter obstacles in Pakistan. The central bank of Pakistan is reportedly considering a ban on all cryptocurrencies from operating in the country. The State Bank of Pakistan (SBP) has now submitted a document to the Sindh High Court, calling cryptocurrencies like Bitcoin “illegal” and unusable for trade purposes. As per Chainalysis’ Global Crypto Adoption Index, Pakistan ranks third amongst the top 10 countries with the highest number of crypto users.

Interested in cryptocurrency? We discuss all things crypto with WazirX CEO Nischal Shetty and WeekendInvesting founder Alok Jain on Orbital, the Gadgets 360 podcast. Orbital is available on Apple Podcasts, Google Podcasts, Spotify, Amazon Music and wherever you get your podcasts.

Cryptocurrency is an unregulated digital currency, not a legal tender and subject to market risks. The information provided in the article is not intended to be and does not constitute financial advice, trading advice or any other advice or recommendation of any sort offered or endorsed by NDTV. NDTV shall not be responsible for any loss arising from any investment based on any perceived recommendation, forecast or any other information contained in the article.

Catch the latest from the Consumer Electronics Show on Gadgets 360, at our CES 2022 hub.