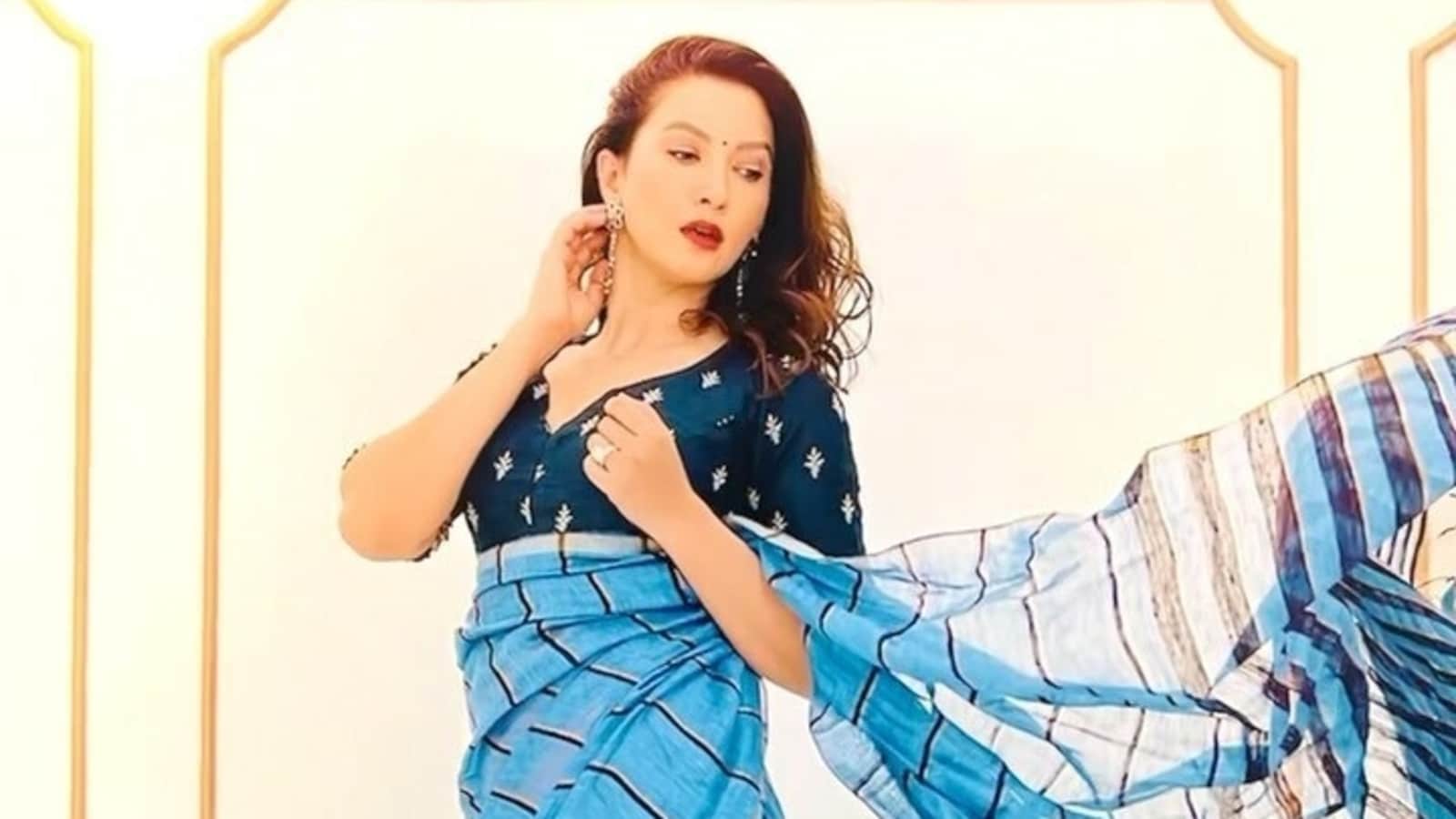 Actor Samantha Ruth Prabhu‘s special song, Oo Antava Oo Oo Antava, has found another fan in actor and model Gauahar Khan. The Tandav star took to Instagram to share a video of herself dressed in a gorgeous saree with Samantha’s now-famous song from the film Pushpa: The Rise. She also asked her fans to rate her look.

Gauahar, who is married to Zaid Darbar, posted the video on the photo and video sharing app yesterday with the caption, “I believe there’s a line that refers to a saree in this song…toh bas, saree it is. Do u love the saree look? 1-10?” The video is a compilation of several pictures of Gauahar wearing the stunning blue saree. Scroll ahead to take a look:

The video shows Gauahar wearing a semi-sheer pastel blue cotton saree adorned with dark blue and white stripes all over the drape. The six yards also came with contrasting white borders. The actor wore the chic ethnic ensemble in a traditional draping style and looked elegant as ever.

Gauahar teamed the saree with a dark blue blouse with quarter length sleeves, plunging neckline and a quirky print done in white. She styled the six yards with minimal jewels, including silver floral drop earrings and statement rings.

Meanwhile, Pushpa: The Rise stars Allu Arjun in the lead. Samantha made a special appearance in the film with the full-power dance number, and since then, it has raked a lot of appreciation from several stars, including Kriti Sanon.

As for Gauahar Khan, the actor was last seen in the movie 14 Phere with Vikrant Massey and Kriti Kharbanda. She was also a part of the Amazon Prime series Tandav with Saif Ali Khan and others. Gauahar was also seen in the Amazon Mini TV anthology Kaali Peeli Tales.