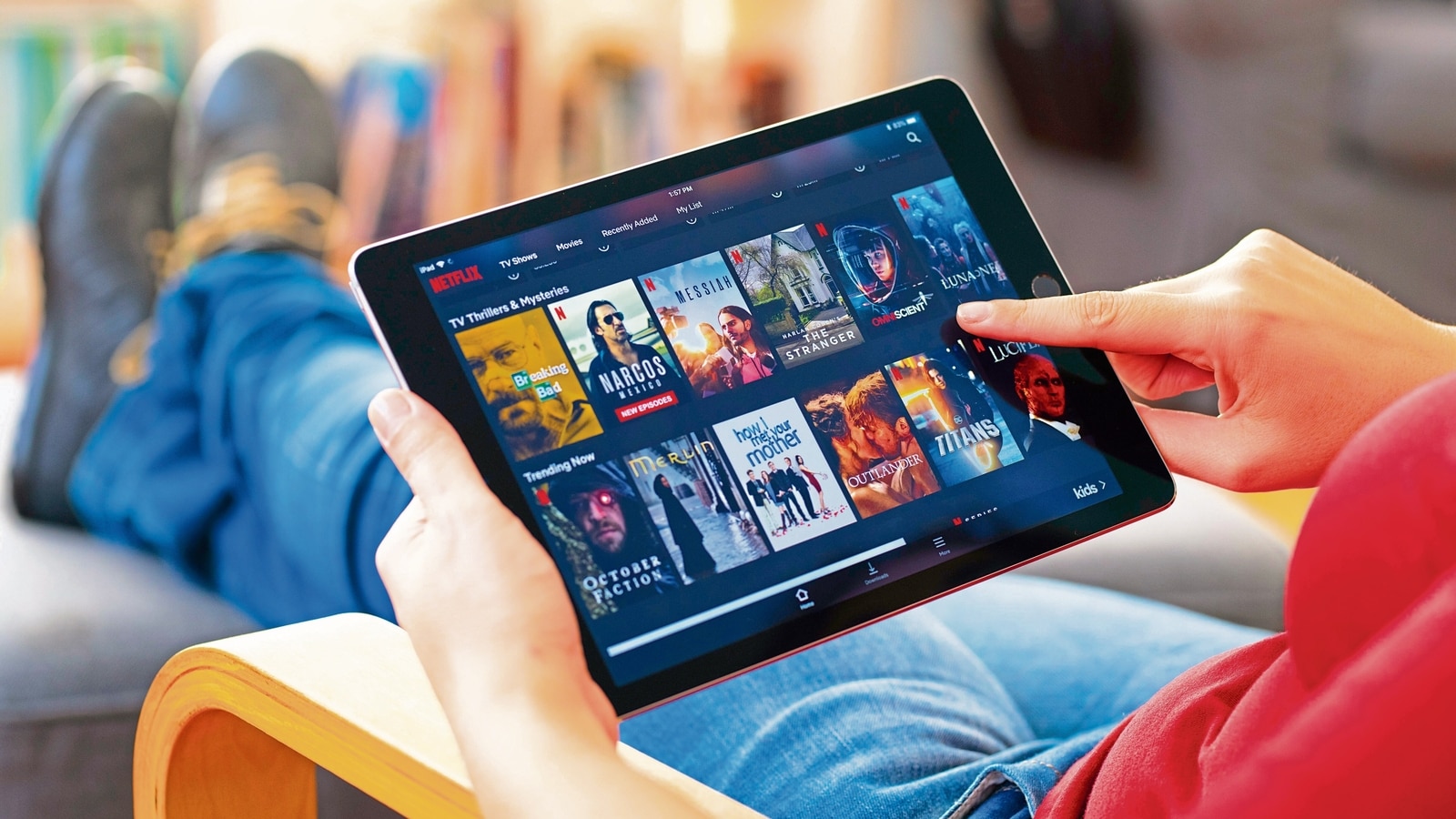 Netflix success with ‘Squid Game’ and ‘Kingdom’ gives it a map to winning over the rest of Asia.

It took “Squid Game” just four weeks this past fall to become the most-watched Netflix Inc. show ever released in any language. But when it comes to the streaming giant’s global ambitions, what happened afterward matters even more — viewers who devoured “Squid Game” started watching more shows in Korean. During the week of Oct. 11, “My Name,” a drama about a woman seeking to avenge her father’s murder, jumped into the Netflix top 10 for non-English series. The following week, “The King’s Affection,” a romance set during the Joseon Dynasty, did the same. The week of Nov. 15, “Hellbound,” a fantasy thriller set in the near future, supplanted “Squid Game” as the most-watched non-English show on Netflix across the world.

The series weren’t just popular in South Korea. People were consuming them in Indonesia, Thailand, Colombia and Mexico. All told, over the past six months, South Korea has contributed more popular Netflix programs than any country other than the U.S., according to the company’s weekly top 10 lists.

Now, Netflix is hoping to ride its Korean surge to greater success elsewhere in the Asia Pacific zone. Netflix, which reports earnings next week, ended September with 213 million subscribers, the most of any streaming service, and executives believe it can one day reach 500 million customers. The pressure remains to keep growing its audience. Investors, who value the company at more than $230 billion, expect Netflix to continue its track record of adding 20 million or so customers each year.

To do so, Asia Pacific currently represents Netflix’s greatest opportunity for growth, said Michael Morris, an analyst with Guggenheim. “If you are on this path to hundreds and hundreds of millions of subscribers, a lot of it has to come from Asia given how big it is,” said Morris.

Capitalizing on its current momentum in Korea will be crucial. Already, Netflix has tapped Minyoung Kim, once its top creative executive in South Korea, to oversee programming across all of Asia Pacific, excluding India. Kim and her colleagues who helped forge Netflix’s hard-earned success in South Korea are betting the lessons they learned there and the pipeline of local-language shows they have built can be used to jumpstart Netflix’s growth in myriad other countries.

“We do believe there is a global audience,” for those programs, said Kim.

Not long ago, such optimism might have seemed far-fetched.

In 2016, Netflix launched its streaming service in South Korea with high hopes. At the time, Korean culture was already shaping up as a major player in the emerging, globally interconnected market for video games, music, fashion, cuisine, television and movies. K-pop was starting to find fans all over the world, and Korean dramas were captivating viewers across China, Japan and Southeast Asia.

From the start, however, Netflix’s arrival in South Korea did not go smoothly. The company struggled to do business with anyone in the local entertainment industry. The country’s biggest TV studios and networks were reluctant to license their shows to Netflix, an unknown foreign service with almost no brand recognition among viewers in the country. Directors, writers and actors were even more reticent, with the cast of one project going so far as to drop out once they learned that Netflix had bought their show.

“They thought it was too small,” said Kim.

Prior to joining Netflix from Twitter Inc. in 2016, Kim had spent years working at CJ ENM Co., one of South Korea’s largest media companies. Kim started reaching out to her former colleagues, aiming to build up Netflix’s credibility in the Korean entertainment industry while coming up with an original programming strategy that would give Netflix some life.

The first idea was to try to carve out a niche by differentiating Netflix’s menu from what could already be found on Korean TV. For decades, Korean dramas had been widely popular across Asia and were known for melodramatic, fairytale-style romances. Netflix set out to make romantic comedies that blended personal struggles, science fiction and elements of espionage into the typical formulaic love stories.

Bound by certain social taboos and rules on what could be shown on public broadcast TV, mainstream networks in Korea typically passed on most of what they got pitched. The resulting flow of rejected ideas created an opening for Netflix. Because it is a paid private service, Netflix enjoyed more leeway in terms of what it could show its viewers. Netflix began harvesting ideas considered too edgy for the broadcasters and building a slate of programming that leaned into sex and violence, as well as prickly themes, such as social inequality and politics.

The new strategy paid off. One of the first shows that Netflix bought in the new mold was “Kingdom,” a zombie costume drama that creator Kim Eun-hee had been pitching unsuccessfully to Korean broadcasters for more than five years. In 2019, when Netflix released “Kingdom,” viewers responded favorably to the dark material, and the series grew into the service’s first breakout hit from South Korea.

“That’s when people started to open up and to be willing to do business with us,” said Kim.

While Netflix was developing “Kingdom,” Kim went out and hired Don Kang, an executive at CJ ENM. “I used to meet and deal with every single sales person in Korea – he, by far, was the toughest negotiator,” Kim said. “So I thought, I need that guy on my side.”

The success of “Kingdom” inspired Netflix to give Kim and Kang more resources to invest in local originals and to add additional staff.

“We started with hiring the local industry people who have the connections and industry experience,” said Kang, who is now the company’s head of programming in the market.

In 2019, Kang struck a deal with Studio Dragon, a subsidiary of CJ ENM that is South Korea’s largest studio. The arrangement gave Netflix the exclusive overseas streaming rights to a valuable slate of popular TV series such as “Crash Landing on You” and “It’s Okay to Not Be Okay.” Moving forward, many popular shows that debuted on Korean TV would then go on to stream on Netflix all around the world.

The combination of Netflix’s edgy, Korean originals and the shows it licensed from Studio Dragon quickly proved to be a potent mix. Soon, Netflix was picking up customers in South Korea and across the region, including in Japan.

In 2020, the company turned its first annual profit in South Korea while reporting sales of $356 million. South Korea is now one of Netflix’s largest markets in Asia, trailing only Australia and Japan. The company has more than 5 million subscribers in South Korea, according to Media Partners Asia. To date, Netflix has spent more than $1 billion on programming in Korean, one of its largest content investments outside the U.S. Along the way, Netflix’s status has flipped. Once shunned by the local creative community, Netflix is now courted.

“There’s a line out the door of producers wanting to do projects with Netflix,” said Chris Lee, a leading talent manager in South Korea.

After ending 2019 with 16.23 million subscribers in the Asia-Pacific, the company is currently on pace to double its subscriber base over two years. Even so, Netflix still faces plenty of daunting obstacles throughout the region.

In South and Southeast Asia, Netflix’s strategy of using unconventional shows to grab audiences has already run into setbacks in an area rife with cultural differences and conservative policies. In 2020, the Netflix series “A Suitable Boy” caused an uproar in India over a scene showing its Hindu female protagonist kissing a Muslim man. Last year, India  introduced stricter rules for streaming services, including more oversight for content containing sexually explicit scenes, violence and abusive language. Netflix is also under increased scrutiny in Vietnam, with officials complaining in 2020 that it failed to comply with tax and content laws.

Another issue is price. For many potential customers, Netflix is quite expensive and in many parts of Asia doesn’t provide as much local content as it does in South Korea or Japan. Less-expensive local steaming options continue to attract more customers than Netflix in markets such as Indonesia and Thailand. The area is also rife with illegal pirate websites that allow viewers to stream hit movies and TV series, cribbed from legitimate services like Netflix, without paying.

“Netflix is still finding its way in Southeast Asia,” said Myleeta Aga, a former Netflix executive who previously oversaw programming in the region.

Additionally, Netflix is likely to face growing competition from a strong field of international and regional players. Walt Disney Co. launched Disney in Korea, Taiwan and Hong Kong in November with local-language titles and is working on a slate of local originals. WarnerMedia opened a new office in Singapore and plans to introduce HBO Max to Asia soon. Amazon.com Inc. and Apple Inc. already offer video services across Asia and have the resources to compete for top projects, as do Chinese streaming services backed by Baidu Inc. and Tencent Holdings Ltd. IQiyi Inc., one of China’s leading streaming services, has ramped up its production of originals outside China, announcing plans for shows from Korea, Thailand and Malaysia.

Despite the many challenges, Netflix executives are confident they can succeed by following their Korean playbook: hiring top executives with deep connections to the local entertainment industry, identifying content that can travel across cultures such as Korean-language shows and Japanese anime, and increasing local-language programming.

“We are really aiming for local impact,” said Kim.

Netflix’s growing investment across Asia is proceeding. The company has leased 172,000 square feet of studio space in South Korea, a work space in Tokyo and a facility in Mumbai. And the streaming service is starting to boost its spending on anime, as well as on programming from Thailand and in Mandarin.

One thing Netflix learned in South Korea is that global rewards can eventually come from patient experimentation in a resistant market.

“We’ve only been here for five years,” said Kim. “We are just starting.”