Why Is Everyone So Angry? We Investigated. 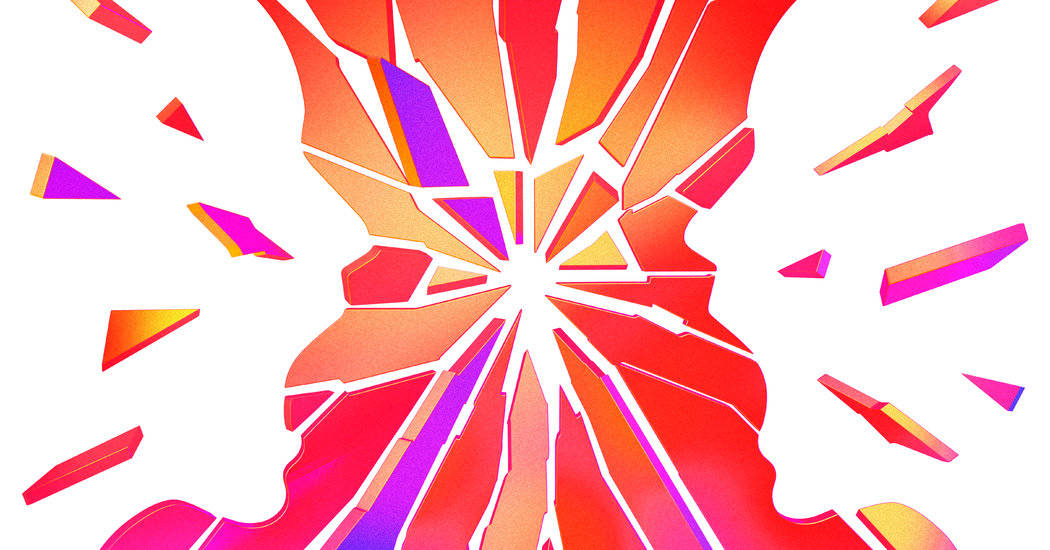 
Times Insider explains who we are and what we do, and delivers behind-the-scenes insights into how our journalism comes together.

The stories of bad customer behavior began trickling out in the summer of 2020, when businesses that had closed in the early part of the coronavirus pandemic began to reopen to a new, angry mood in the United States. At a restaurant struggling with staff and food shortages in Massachusetts, for instance, a group of diners grew so furious at the long wait for food that they demanded it be boxed up — and then theatrically dumped the whole order, uneaten, into the garbage.

“It’s like abuse,” Brandi Felt Castellano, who closed her Cape Cod restaurant for 24 hours to give her weary staff a “day of kindness” break, told The Times that July. “People are always rude to restaurant workers, but this far exceeds anything I’ve seen in my 20 years.”

The Times has been covering this unpleasant phenomenon since it began. In August, my colleague Tacey Rychter wrote an in-depth article about the abuse being visited upon flight attendants, who are caught between customers angry about Covid-related rules and their responsibility to enforce those rules. Airplanes are among the few places these days where people are locked in an enclosed space for hours with others who might not agree with them politically, and the flight attendants reported that they felt something new and frightening in the air.

“What really hurts are the people who won’t even look at you in the eye,” one said. “I don’t even feel like a human anymore.”

Their accounts were truly awful. (And yet, the attendant citizen-journalist videos were so mesmerizing, particularly the one where the flight attendants duct-taped a drunken passenger to his seat after he groped and assaulted them.)

It felt like we’d reached a moment of unraveling, not just on airplanes and in restaurants but everywhere. I’d been throwing ideas around with Rachel Dry, the editor of the Sunday Business section, who is always looking for new ways to tell the story of how the pandemic is affecting our lives. There were a number of directions we could have taken to explore this phenomenon: concentrating on one sector of the economy, for instance; or on the declines in customer service among companies that do much of their business via the internet; or further examining the Great Resignation, which has resulted in so many employees fleeing the workplace.

Our article, which was published earlier this month, ended up focusing on customer-worker interactions, because there was so much rich material — and because there was a larger point to be made about the weary, fractious state of the country right now. With help from our friends at the Morning newsletter, we invited readers to tell us what they had experienced as customers or as workers in public-facing jobs. We asked: Why was everyone so angry?

The responses were shocking — and unsurprising. Unsurprising in that we had seen it for ourselves, and even felt it sometimes — the surges of rage at the airport, the annoyance at having to wait outside to present a vaccination card at a restaurant, the near-despair when some product in a store was unexpectedly unavailable.

What was shocking was how widespread these episodes were, and how egregious the behavior. From across the country, employees told stories of trying to manage customers’ out-of-control petulance. The supermarket clerk who had to deal with a man’s outburst in the dairy aisle because he could not find the Cambozola, a type of blue cheese, he wanted. The flight attendant forced to listen to a political lecture from a passenger who had followed him into the galley, raging about injustice. The supervisor at a Midwest trade association who said that her once-reasonable customers had become just plain mean, berating and, threatening her staff for the pettiest of reasons.

I interviewed a dozen or so of the respondents about their experiences. As with so many things in the pandemic, It was clear that reality had begun to shift, and that what once would have been horrifying — this outpouring of rage against a backdrop of constant, low-grade mistrust — had become the new normal. As the storekeeper with the tantrum-y customer told me: “You’re looking at someone and thinking, ‘I don’t think this is about the cheese.’”

Rachel drafted several headlines before ending up with “A Nation on Hold Wants to Speak With a Manager,” which works on several levels and was thus a perfect choice. (First runner-up: “The Cheesemonger Is Not Your Therapist.”) And the article hit a nerve: It was read over one million times and shared widely on social media. Sometimes an article that reflects what people have been experiencing themselves, but haven’t quite put together as part of a larger issue, sparks a wider conversation.

I had a few friends over for dinner last week, after a Covid Christmas in which we were all confined to our homes. One brought a small piece of Cambozola, as a kind of homage to the piece. Happily, none of us yelled at each other.