Quite a stir: A look at the 2-Minute revolution, as Maggi turns 40 in India 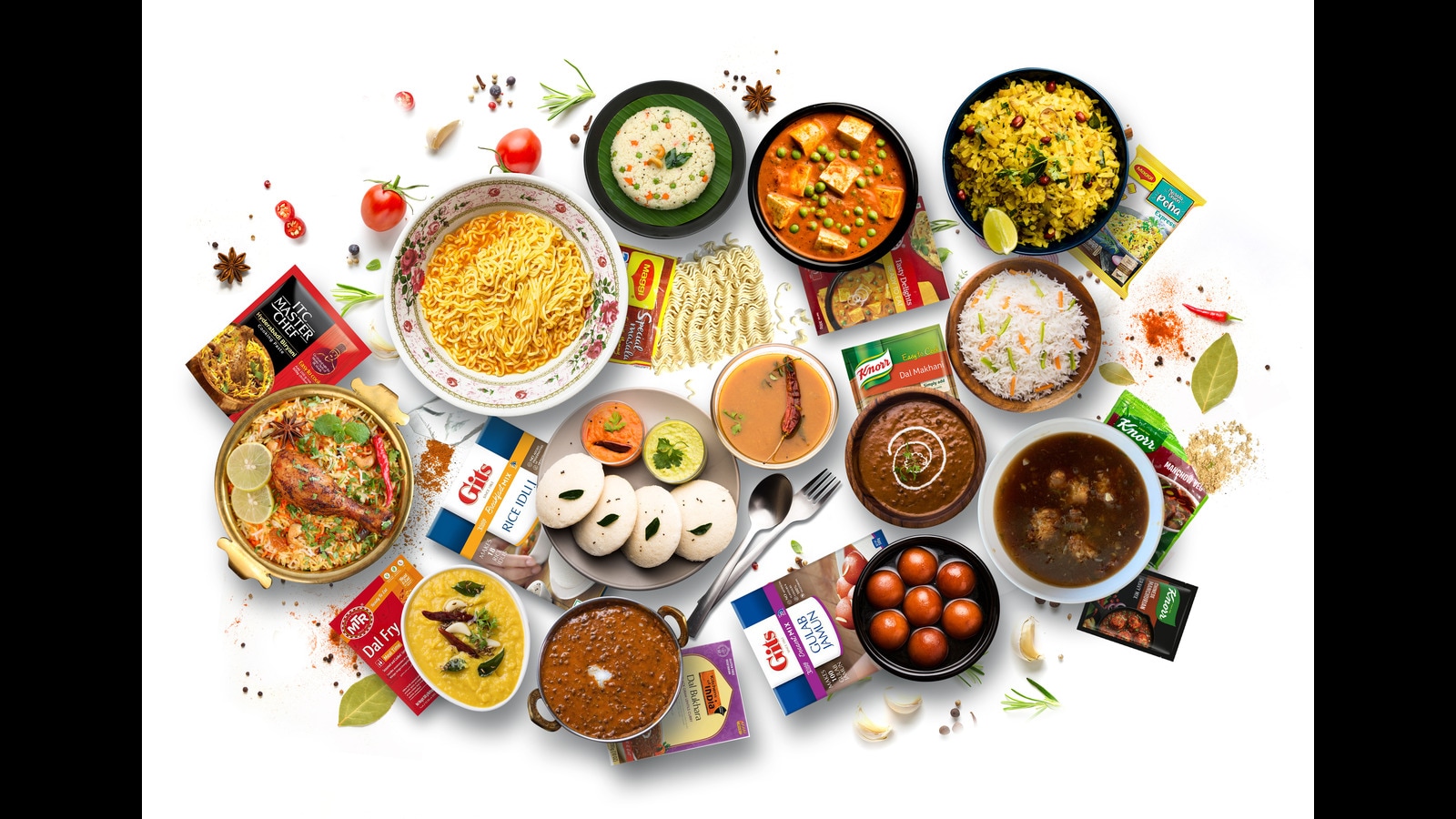 
Who knew it would take just two minutes to start a revolution? Nestlé test-launched its Maggi brand of quick-cooking noodles in India in January 1982, in what many would call it a simpler time. Namak Halal and Disco Dancer were filling up single-screen cinemas. Cassette-tapes played Bappi Lahiri and ghazals. There was only one kind of car. TVs, for those who could afford them, beamed Doordarshan in black and white. The economy was still closed. The first McDonald’s wouldn’t open for another 14 years. The company itself was called Food Specialties Limited; it wouldn’t be renamed Nestlé India until 1989.

The 2-Minute Noodles were launched in Delhi in January, and in Calcutta, Bombay and Madras over the following months. India took to the idea quickly — and never let go.

Data from the World Instant Noodles Association, a 25-year-old organisation that supports the industry, indicates that India ranks fourth in global demand for instant noodles. We polished off 6.73 billion servings in 2020, putting us just behind China, Indonesia and Vietnam. Not bad for a nation with no tradition of noodle-making.

Instant noodles have fuelled kiddie parties, late-night study sessions, hiking groups and first-time cooks. The Maggi 2-Minute Noodles’ legacy, however, is far greater. “It’s the idea that you only have to put something in hot water, and it will be ready to eat; that a single package can have everything you need,” says food writer and researcher Shirin Mehrotra.

That option had existed before; packaged meal kits by Gits were a two whole decades older. But perhaps ahead of their time. By the 1980s, Gits idli and rasgulla mixes were being sold mainly to NRIs. (Read the interview alongside to see how this has changed.)

Maggi’s marketing blitzkrieg and its well-customised spicy-tangy flavour made noodles seem like the quick, nutritious choice of a good homemaker. By 1987 the brand was raking in ₹11 crore a year from this one product alone.

What followed was instant everything: masala oats and poha, dosa batter, frozen butter-chicken paste, heat-and-eat dal makhani, eight-minute prawn biryani, quick-cooking kheer. A 2020 study by the management consulting firm RedSeer indicates that the ready-to-cook (RTC) market in India, which stood at ₹2,100 crore in 2019, will grow to ₹4,800 crore by 2024. Maggi gave Indians a taste not just for noodles, but for convenience itself.

Sangeeta Talwar joined the company as a trainee in 1979 and was working on Maggi’s flavour cubes when the company decided to launch quick-cooking noodles in India in 1982. Why noodles? “It was a typical multinational company taking a broad strategic view,” she recalls. Nestlé wanted to sell more than coffee and infant formula. Malaysia had responded well to packaged noodles. “They wanted to give it a shot.”

Talwar’s team had to get rice- and roti-eating middle-class Indians to warm up to an east-Asian staple they’d never considered before. Researchers went into homes and kitchens across the country, sharing meals with families, to find just the right slot in this market.

Breakfast was rushed, the research team found. Meals were about traditional food. But snack-time was fun. “There was no quick-cooking option for when kids returned from school,” Talwar says. Mothers easily responded to the idea of whipping up a snack for a hungry child. Kids were more open to trying something new. And the grownups would ultimately try it too.

At just over ₹2 for a 100gm packet, it was decided that the noodles would be aimed at children. The product wouldn’t be called “instant noodles” as in the East. The term 2-Minute Noodles underlined just how easy they would be to make.

Across TV spots, print ads and radio jingles, in Hindi, Bengali and Tamil, Mom remained central to the advertising, smiling as she added veggies and indulged her child.

Talwar worked at Nestlé India until 2000, serving as marketing director and executive vice-president. Among the brand’s early challenges, she says, was that it was the first to be sold in a flexible plastic packet; most food products then came a tin or jar. “How to avoid rats and make it visible in kirana stores was the question,” she says.

Their answer: “Hanging baskets in which the packets were stocked with the red Maggi logo facing outward for instant visibility”. Talwar recalls climbing rickety stools, showing vendors how to get the now-familiar display right. Maggi also reached out to school kids with school quizzes. A loyalty club rewarded children with puzzle-filled booklets in exchange for empty wrappers.

“All of it catapulted Maggi to what it eventually became,” says Talwar, who has written about her experiences in The Two-Minute Revolution (2018; Penguin). Its popularity even helped the brand withstand a six-month ban in 2015, after allegations that it contained excess amounts of lead and monosodium glutamate. By 2019, it was making more money than before the ban.

For newer entrants, this remains a complicated market, and now an increasingly crowded one too. Indians are familiar with the convenience concept, but they overwhelmingly prefer Indian food. Several brands offer the same range of products: biryani, chole, dal makhani (hard to make from scratch at home), and Indian sweets (even harder).

Old recipes for success are being adapted, or at least set on a slow boil.

Fazlani Foods, launched in 2015, offers heat-and-eat Indian curries, rice dishes, tray meals, pastes and accompaniments. The brand was also among the first to offer a range of hummus with a shelf life of 12 months. “The market is yet to adapt widely to completely cooked packaged food, because we still appreciate home cooking,” says managing director Iqbal Fazlani. Shoppers abroad are far more likely to stock packaged meals and foods at home. “Here it is not yet part of the regular grocery-buying cycle.”

In bigger Indian cities, where time is at even more of a premium, there’s competition from food-delivery services too. Why heat up a curry paste, or microwave a pouch of biryani, when you can order a freshly made meal instead? “Our focus is to be easy and interesting,” Fazlani says. “We are focusing on Gen Z and millennials who are tech- savvy and open to experimenting with new foods, fusion etc.”

The holy grail for most brands hoping to make it big? A flavour profile that appeals across India’s diverse markets. Could there be a dal that all of India calls its own? Can a vacuum-packed Andhra curry find mass appeal? Can all of India be unified by a single dish the way it has been with Maggi?

Shirin Mehrotra believes the enduring appeal of Maggi noodles lies in their simplicity: “The snack has become an ingredient in itself”. Hip restaurant chains like Farzi Café served it with truffle oil and foie gras in 2014. Ahmedabad’s street vendors deep-fry the cooked noodles with veggies to create pakoras. Every so often, a street stall will douse Maggi noodles with Fanta (Ghaziabad) or Rooh Afza (Delhi) for a burst of viral fame.

Perhaps the next revolution may take longer than two minutes. “We Indians are conventional,” says Fazlani. “We have a knack for borrowing the cuisine of another region and blending it with ours to create a unique style of food. We have seen this happen to Chinese and Italian food. Who knows what’s next in line?”

A survivor who refused to be written off