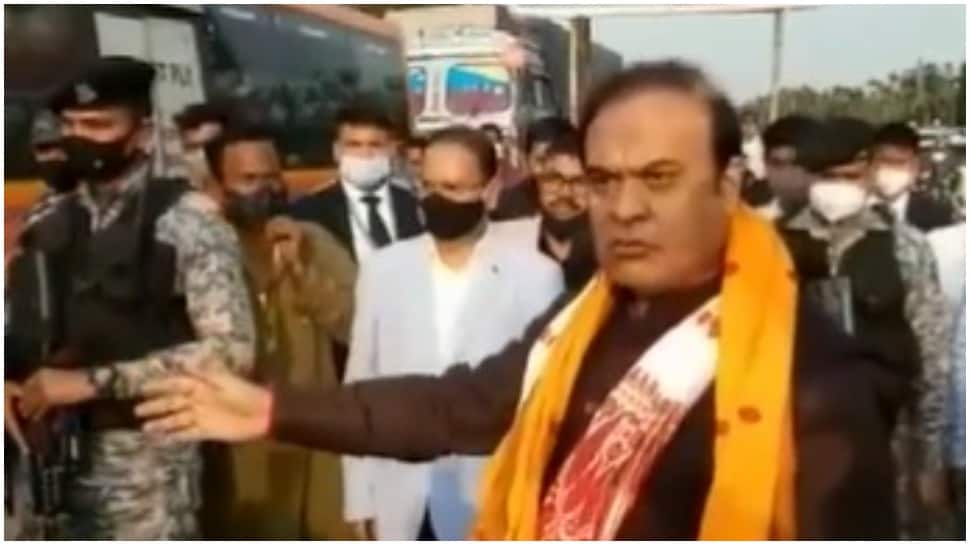 
Nagaon: Assam Chief Minister Himanta Biswa Sarma on Saturday (January 15) reprimanded the Nagaon District Collector for halting traffic for his visit which led to a traffic jam near Gumothagaon on National Highway 37.

“I reprimanded officials concerned for halting traffic for me, despite clear direction not to create inconvenience for people during my visit. For over 15 minutes, NH has blocked including ambulances. This VIP culture is not acceptable in today`s Assam,” Sarma said in a video.

He was in the area to lay the foundation stone of a road, earlier today. pic.twitter.com/nXBEXxpu6k

Following the incident, he said that the state government wants to create a culture where DC, SP or any government servant or public representative will work only for the people.

“In our state, we want to create a culture where DC, SP or any government servant, public representative irrespective of background, intellectual capacity or popularity will work only for the people. Changing babu mindset is tough, but we are determined to achieve our goal-Janta hi Janardhan,” Assam CM added.

Further, Sarma told the bus drivers to continue the traffic movement on the road. The Chief Minister was in Nagaon district today to lay the foundation stone of a road connecting Gumutha Gaon and Maha Mrityunjay Temple with NH 37.