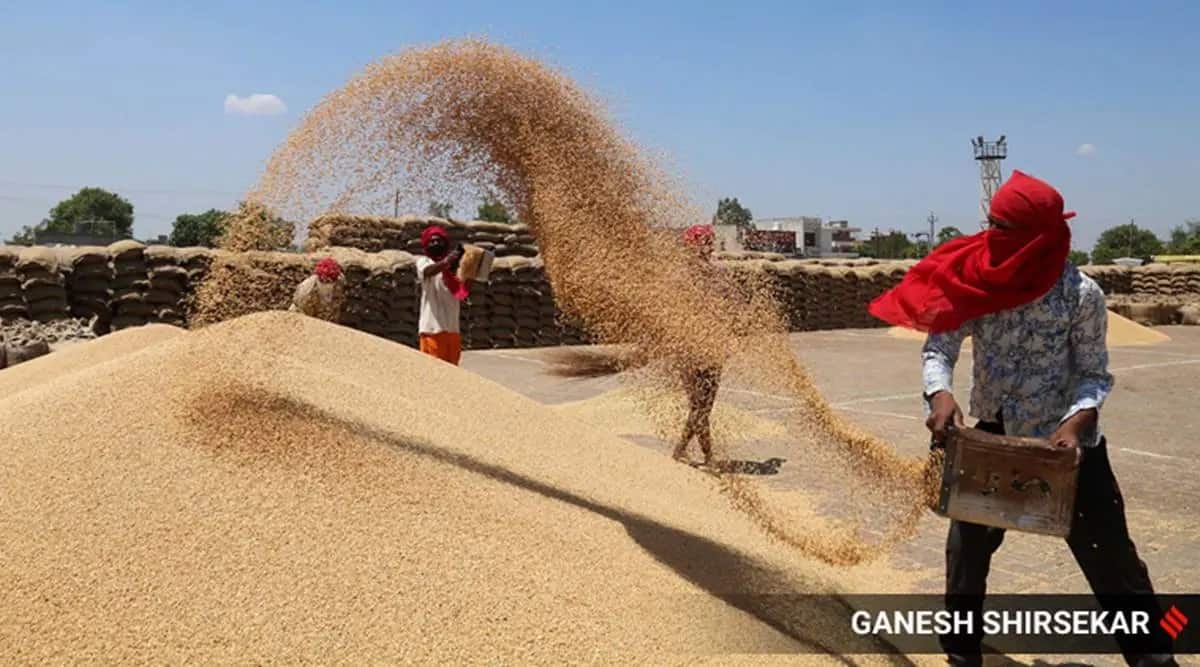 In a knee jerk reaction, the government has banned wheat exports with effect from May 13, with some minor exceptions for those who have irrevocable letters of credit or where the governments of importing countries request the Indian government for food security purposes. This comes as a shock. Only a month back, Prime Minister Narendra Modi had told President Joe Biden in his inaugural address at the 2+2 ministerial meeting on April 11 that if the WTO allows India to export grains it will start exporting from the next day to feed the world!

The only plausible explanation could be that the revised estimates of wheat production are much lower than the estimated 111 mmt, and that wheat procurement is likely to end up at around 19 to 20 mmt by June end against more than 43 mmt last year. Another factor could be that the April ’22 wheat inflation is at 9.59 per cent (y-o-y) against overall cereal inflation of 5.96 per cent.

The step hits adversely not only the credibility of the Prime Minister but also of India as a reliable supplier in global markets. It conveys that India does not have any credible export policy as it can change its stance at the drop of a hat!

More interestingly, it also reflects a deep-rooted consumer bias in India’s trade policies. It is this consumer bias that indirectly becomes anti-farmer. When farmers are getting just 10 per cent higher price than the minimum support price (MSP) of wheat, why is the government not letting them get the benefit of improved market conditions? Does the government not want to augment farmers’ incomes? That too when 800 million plus people have been given almost free food (rice and wheat) under NFSA and PMGKAY till September end. Is the government trying to protect the urban middle class at the cost of farmers? It is this urban-consumer bias that has kept the Indian peasantry poor.

In a major work that ICRIER did with OECD on the issue of agricultural price policies, it found that imposition of stocking limits on traders, export restrictions etc. act as an implicit tax on farmers. All OECD countries, and other large countries like China, Brazil, Indonesia etc. provide net positive support to their farmers. But India still implicitly taxes its peasantry through market and export controls. Export ban also reflects poorly on India’s image. The Russia-Ukraine war is creating uncertainty in global commodity markets. Export bans will worsen the situation.

What could the government have done when wheat production and procurement are down?

First, it could have announced bonus of Rs 200-250/quintal on top of MSP to augment its wheat procurement. Even now, farmers who are holding stocks, may like to give it to the government, if a bonus is announced. That will make farmers happy and incentivise them to increase area under wheat in the next season.

Second, why did the government announce free food till September end 2022 under PMGKAY? If it wanted to provide extra help on top of PDS supplies, it could have offered cash so that consumers could buy any food — from eggs to milk to pulses, which are more nutritious and where inflation is much lower. Substitution of rice for wheat in PMGKAY is a step in the right direction.

Third, if the government feels that the situation on the wheat front is so dire, it could have calibrated exports by putting some minimum export price (MEP). Instead, the government chose the worst policy option, which is outright ban on exports! It only shows the hollowness of the government’s agri-trade policies and claims of doubling agri-exports.

Finally, it ought to be recognised that inflation is a global phenomenon today caused by excessive liquidity injected by central banks and loose fiscal policies around the world. India’s wheat export ban will not help tame inflation at home.

Know BJP event: Nadda to envoys, UCC not on poll agenda, development is