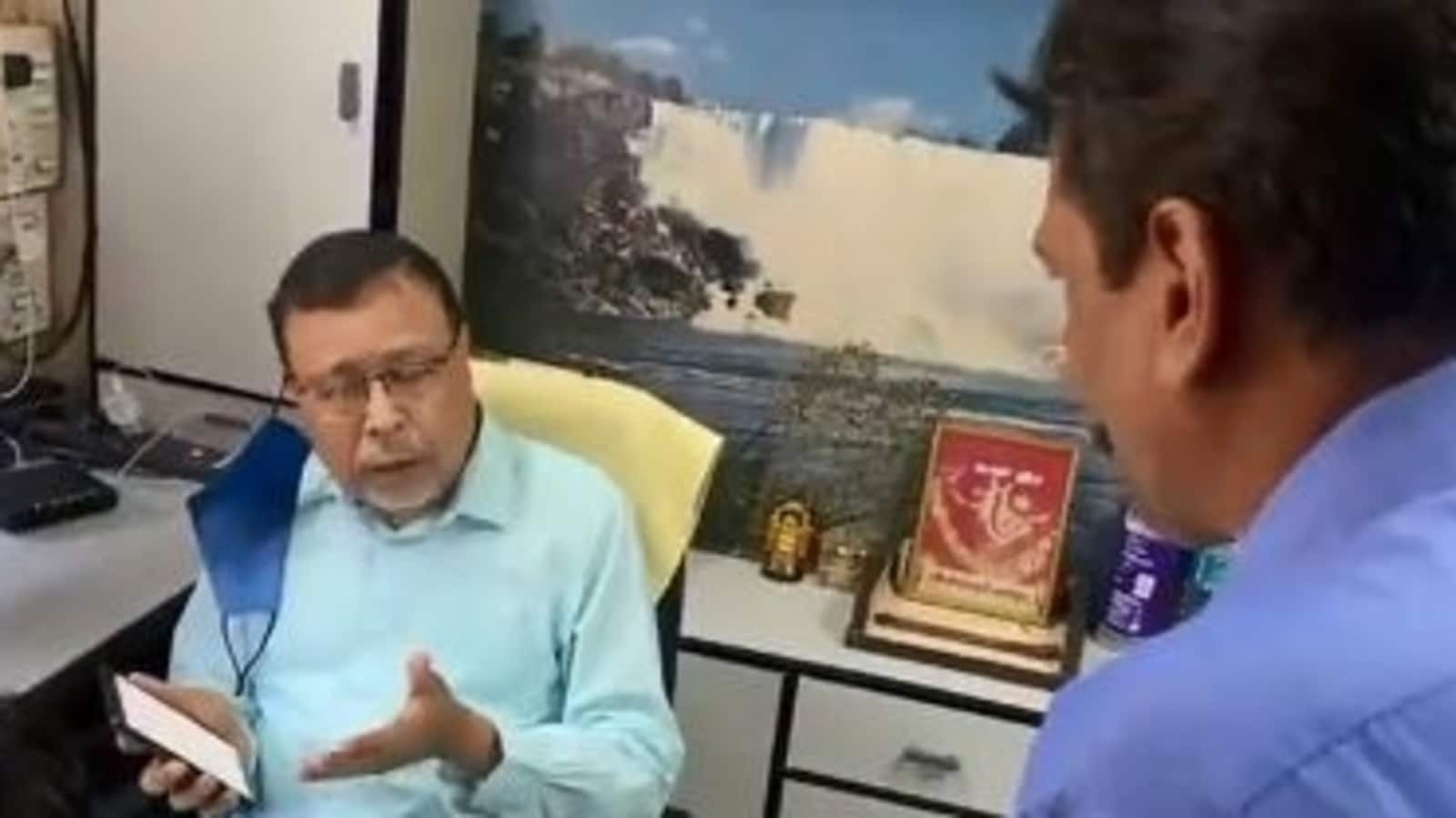 Taking to Twitter, Maharashtra BJP president Chandrakant Patil posted the video of the assault on Vinayak Ambekar. Condemning the attack, Patil said the “NCP goons” must be dealt with immediately.

Bharatiya Janata Party (BJP) leader in Pune Vinayak Ambekar has alleged that he was assaulted by Nationalist Congress Party (NCP) workers at his office. The incident comes after Ambekar shared a social media post against NCP supremo Sharad Pawar.

Ambekar, who also works as a tax consultant, on Saturday had claimed that he had written the social media post on Friday for which he was asked to apologise by party MP Girish Bapat.

“Today, I got a call from someone who said he wanted some tax advice. This man came to my office with 20 people and slapped me. My spectacles broke… I have submitted a complaint to the police and want a case to be registered,” Ambekar said as he approached the Kothrud police in Pune.

Taking to Twitter, Maharashtra BJP president Chandrakant Patil posted the video of the assault on Ambekar. Condemning the attack, Patil said the “NCP goons” must be dealt with immediately.

Meanwhile, NCP spokesperson Pradeep Deshmukh said party workers approached the Vishrambaug police station with a complaint demanding a case to be lodged against Ambekar for the defamatory post against Pawar.

This incident in Pune comes as a case was registered against Marathi actress Ketaki Chitale on Saturday for allegedly sharing a “derogatory” Facebook post against Pawar.

News agency PTI reported that Chitale’s post in Marathi made no direct mention of the NCP supremo’s full name, but it mentioned the surname Pawar and the age 80.

The post also contained phrases like “hell is waiting” and “you hate Brahmins”, allegedly referring to Pawar whose party shares power in Maharashtra with the Shiv Sena and Congress.

On Sunday, Chitale was arrested by the Thane police and will be produced before a court later in the day.