Sunny Leone thanks fans for special gesture on her birthday: ‘Unbelievable’ 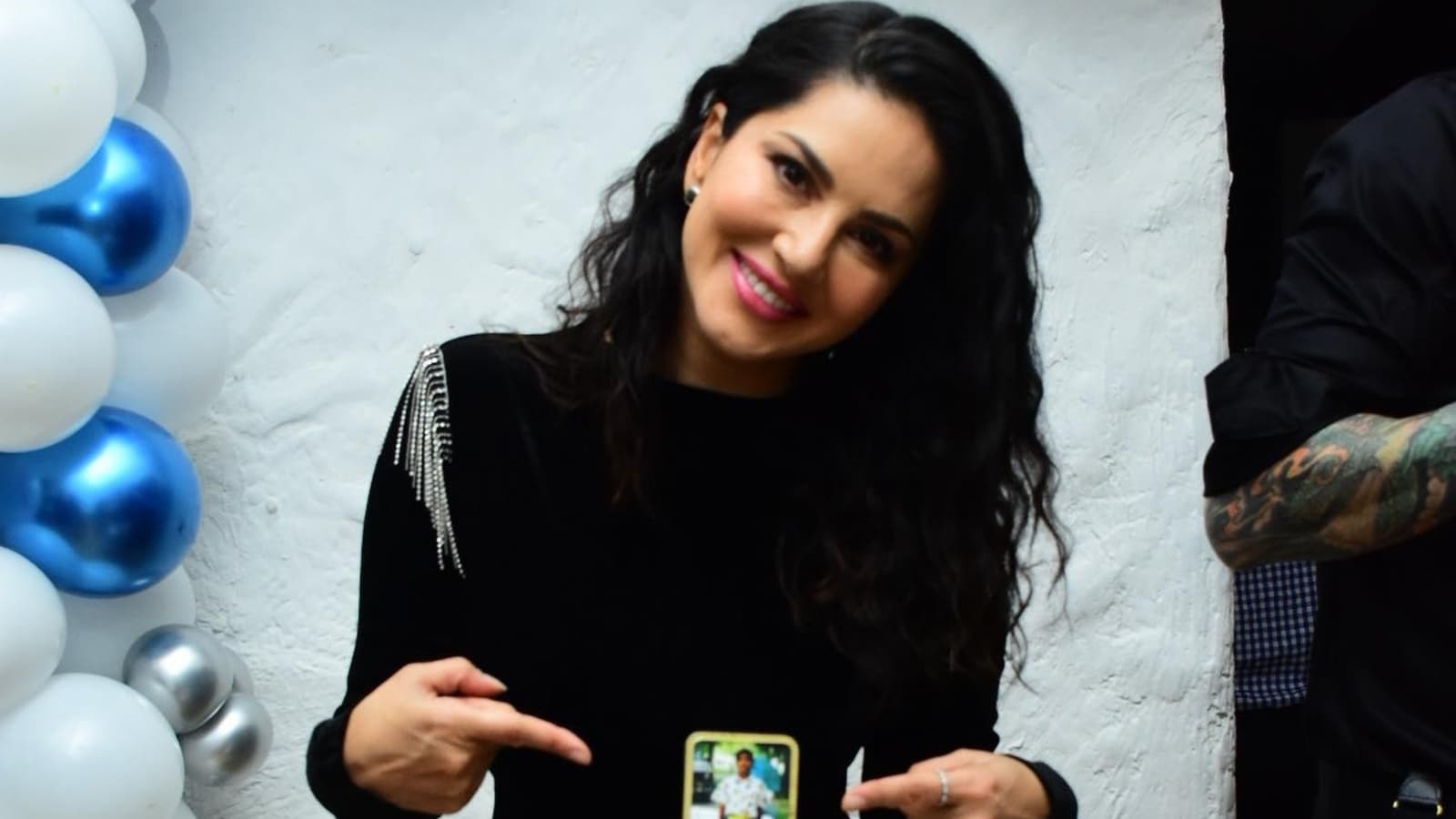 
Actor Sunny Leone has reacted after her fans in a Karnataka village organised a blood donation camp on her birthday recently. Taking to Instagram, Sunny shared a photo of a picture from a news article, in which several people including children stood in front of a giant cutout of the actor. A large garland was also seen in the photo. (Also Read | Daniel Weber wishes wife Sunny Leone on 41st birthday, shares her childhood pic, fans ‘thought it’s Katrina Kaif’)

She captioned the post, “Omg this is unbelievable. In honour of you, I will also go donate my blood!! Thank you so much! You all really make me feel so special! Love you!”

The photo, which the actor shared, appeared in a newspaper. The caption in it read, “Youths in a Mandya village organised a blood donation camp to mark Bollywood actor Sunny Leone’s birthday on May 13. Her fans in Kommerahalli village erected large cutouts of Leone, cut a cake, burst crackers, distributed food and conducted a camp that collected 39 units of blood. Trust president Nataraju said: ‘We are really happy that blood was donated by youths in the village for birthday celebrations of Sunny Leone.'”

It also added, “The youths said they formed an association in her name to conduct charity events. They said Leone should be respected for her work towards helping orphan children. We are inspired by Leone’s charity. We formed the Sunny Leone’s Fans’ Association and will continue charity work in her name. This is the second time that we celebrated her birthday,’ said Shridhar KI, a youth of the village.”

Recently, Sunny celebrated her 41st birthday with family and friends and also shared pictures on Instagram from her birthday bash. Sunny rang in her birthday with her husband Daniel Weber, Piyush Jain, Sonnalli Seygall, Dabboo Ratnani, Manisha Ratnani and Divya Agarwal among others.

Sharing the photos, she wrote, “About my birthday!! Thank you to my love @dirrty99 for throwing me the best party with all our friends!! I love you all!!.. (camera emoji) @snehzala.” In another post, she shared more pictures and wrote, “Part 2.”

Daniel too shared a childhood as well as a new photo of Sunny on Instagram. He wrote, “Happy birthday baby. There are no words to sum up who you have become. You are an icon in every way and just when I think it’s not possible, you achieve more and build it all bigger. You are truly an amazing human being in every way. May god look over you everyday and every year. Xoxoxoxo. Love you baby. May your dreams come true. Xoxo From where to where.”

Recently, Sunny and Daniel completed 11 years of their marriage. They are parents to three children–daughter Nisha, and twin boys Noah and Asher.