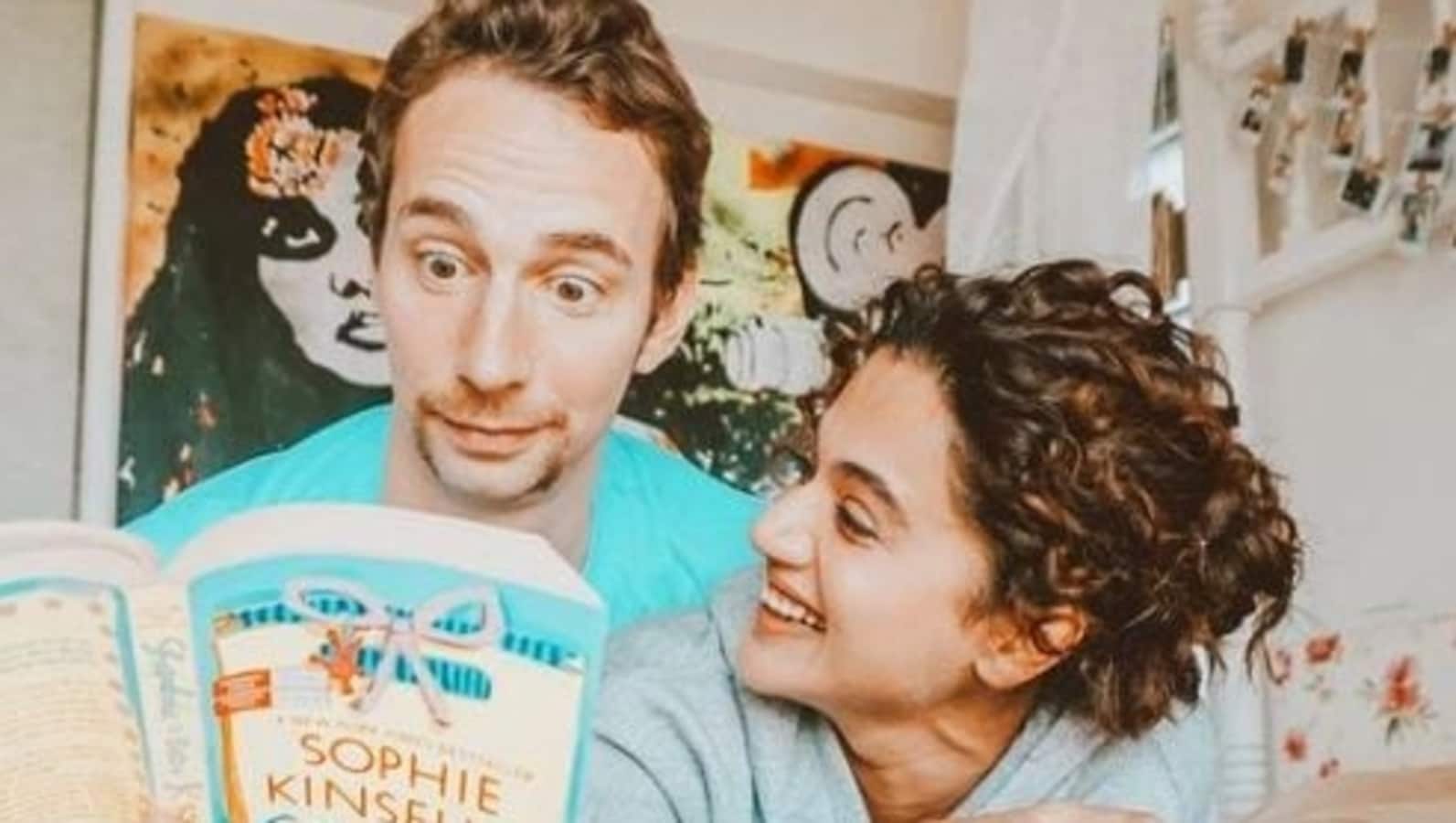 The Indian badminton team scripted history on Saturday by beating heavy favourites and 14-time champions in the finals of the 2022 Thomas Cup. This is India’s first win at the prestigious tournament and the team that won it has a Bollywood connect. The team’s doubles coach is former Danish badminton player Mathias Boe, who also happens to be actor Taapsee Pannu’s boyfriend. On Saturday, after the win, Taapsee took to social media to congratulate the team and also posted a special message for Mathias. Also read: Taapsee Pannu’s boyfriend Mathias Boe reacts to her Shabaash Mithu poster; she corrects his compliment

Taapsee has been following the journey of the Indian team through this tournament and often shares updates on social media. On Saturday, she took to Instagram Stories after India won the first two matches in the best-of-five tie. Then, after India won the third game to lift the trophy, she first shared a small video of the winning moment with the caption “The boys did it. First-ever Thomas Cup for India.” She tagged the entire team in the post. Following this, she shared a picture of one of the players hugging Mathias and wrote, “Mr Coach you made us proud,” tagging Mathias and adding the hashtag #ThomasCupWinner.

Taapsee and Mathias apparently met after she went to watch one of his games several years ago. The actor has spoken in the past about how they then connected over Twitter and a friendship developed, which soon blossomed into romance. In an interview with E-Times last year, she had said, “I didn’t want to date someone from the industry for this very reason. I want to keep my personal and professional lives separate. I always share a picture with those who matter to me on their birthdays and did the same for Mathias, who is a part of my inner circle.”

Mathias is an Olympic medallist, having won a silver at the 2012 Games in men’s doubles. In an illustrious career for Denmark, he won several titles in doubles and team games. He turned coach after retirement in 2020. He was later appointed the men’s doubles coach for the Indian National Badminton team.

Thomas Cup is one of the most prestigious tournaments in badminton. Held every two years, it sees national teams from around the world participate in singles and doubles games. The 2022 edition was the first time India reached the finals and eventually won.