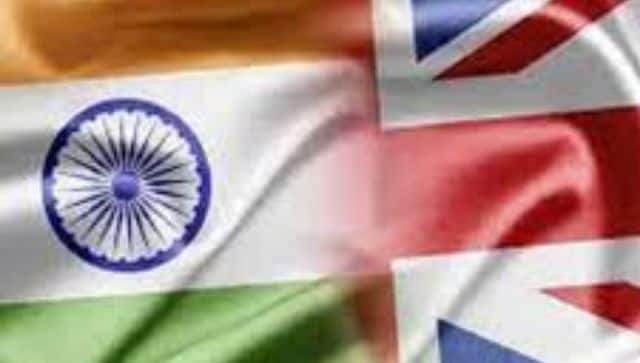 New Delhi: Trade between India and the UK is expected to double by 2030 driven by the proposed free trade pact, investment in technology, diversification of global supply chains and ease of doing business, a report said on Thursday.

The second edition of the Britain Meets India Report 2022, launched by Grant Thornton Bharat in partnership with the Confederation of Indian Industry (CII), supported by the UK’s Department of International Trade, also revealed that 618 UK companies have been identified in India that together employ approximately 4.66 lakh people and have a combined turnover of Rs 3,634.9 billion.

“The UK remained the sixth-largest investor in India, with a cumulative investment of approximately USD 31.92 billion in 2000-22. This constituted around 5.4 per cent of the total Foreign Direct Investment (FDI) into India,” according to the report.

In June, commerce and industry minister Piyush Goyal expressed hope that the free trade agreement between India and the United Kingdom will be concluded by Diwali.

“The FTA is also expected to result in significant benefits for both countries through tariff concessions on alcoholic beverages and the movement of professionals,” the report said, adding that the proposed pact is expected to boost Indian exports in labour-intensive sectors such as leather, textile, jewellery, processed agri-products and marine products, IT/ITES, education, pharma and healthcare (Ayurveda, Yoga and Naturopathy, Unani, Siddha and Homeopathy).

According to the report, the UK is likely to look at reducing tariffs on products such as apples, UK-manufactured medical devices and machinery.

British High Commissioner to India Alexander Ellis CMG said: “India has been one of the UK’s most important partners in the journey of 75 years. The ‘living bridge’ between our countries is set to transform into a stronger bond as we continue to fight the pandemic together and address the challenges to our security in both the physical and digital worlds. Our shared focus will be on strengthening the economic relationship between the two nations for a more secure and prosperous decade ahead.”

“The report has highlighted several new emerging sectors and I hope we will derive qualitative outcomes that nurture opportunities for companies in India and the UK.

We continue to work closely with the governments and businesses on both sides and leverage the strengths of UK companies to deepen our trade relationship,” CII Director General Chandrajit Banerjee said.

“Trade between India and the UK is expected to double by 2030 from current levels – based on dynamic connections between people of both countries, investment in technology, diversification of global supply chains and overall ease of doing business,” said Vishesh C Chandiok, CEO, Grant Thornton Bharat.