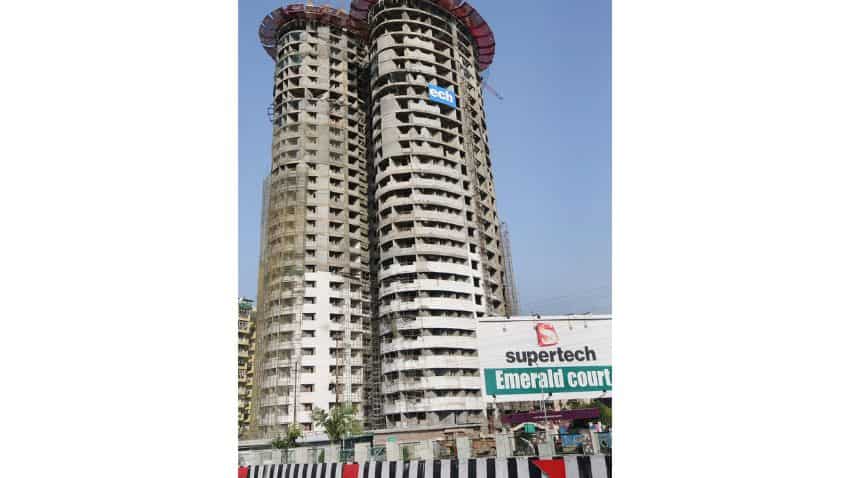 
The date for the demolition of Supertech’s twin towers in Noida may once again be extended. The demolition, scheduled for August 21, may be delayed due to a technical snag.

Edifice company has sent its final report to the Authority and also cautioned it about the consequences of the delay in the demolition. According to Edifice, it has become imperative to demolish this building by August 28, because now the building is gradually weakening and if it is not demolished at the earliest, then the danger may increase.

The Authority has not yet received the final clearance from the Central Building Research Institute (CBRI), due to which Edifice is not planting explosives.

After getting the clearance, it will take about 17 days for the company to completely install explosives in these twin towers. If the NOC of CBRI is not received within the stipulated time, then the date of demolition of the twin towers can be extended.

All preparations have been made by the agency to demolish the towers. Police have issued NOC for planting explosives. In case of damage to the surrounding property, an insurance of Rs 100 crore has been given.

All preparations have been made to bring explosives from Palwal to Noida. All other formalities have been completed except the structural analysis report to be submitted to CBRI by August 15.