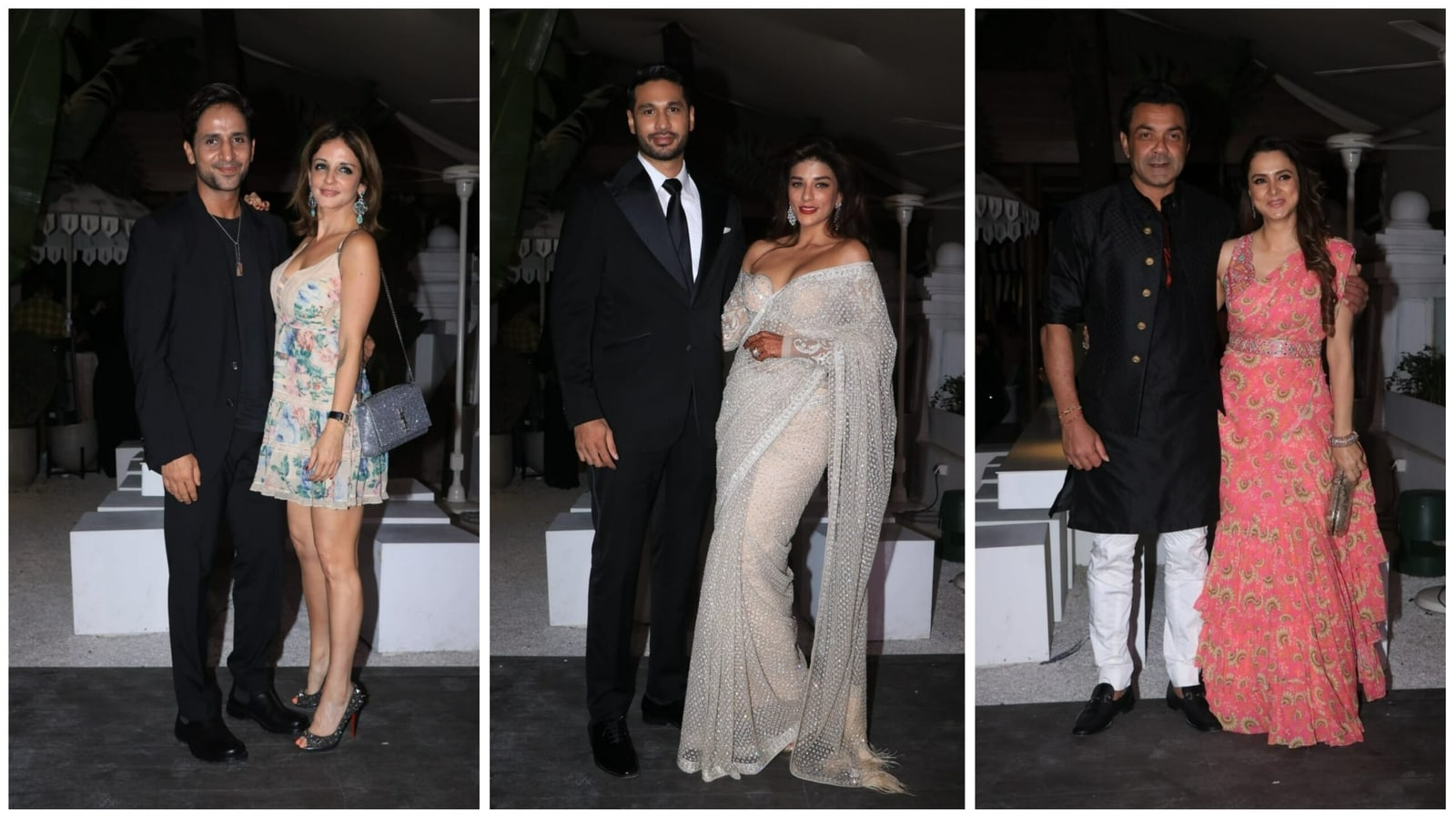 Arjun opted for a black tuxedo for the reception. Carla joined him in an ivory saree and diamond earrings. The two tied the knot as per Hindu customs on Wednesday.

Interior designer and entrepreneur Sussanne Khan with Arslan Goni made a couple’s entry at the reception. While Sussanne was in a short floral dress, Arslan joined her in black semi-formals.

Bobby Deol, too, made a rare appearance with his wife Tanya Deol. Bobby was in a black and white kurta pyjama while Tanya was in a pink sari-gown.

On Thursday, Arjun announced their wedding on Instagram. He shared some beautiful pictures from the wedding ceremony for which he decked up in a white sherwani and Carla turned bride in a red lehenga. He wrote along with the pictures, “In the presence of our families and our closest friends, Carla and I got married yesterday. My words cannot express how much love we received and how special the day was for us. This part of our journey is just beginning and we feel lucky to share it with the people in our lives. We ask for your blessing, as we begin this new chapter.”

Arjun Kanungo shot to fame with his 2015 hit song, Baaki Baatein Peene Baad. He has delivered several singles in last few years. Among them are Tum Na Ho, Woh Baarishein, Tu Na Mera and others.

Arjun and Carla dated for almost seven years before tying the knot. Carla is a South African model and had appeared in Arjun’s music video Baaki Baatein Peene Baad.