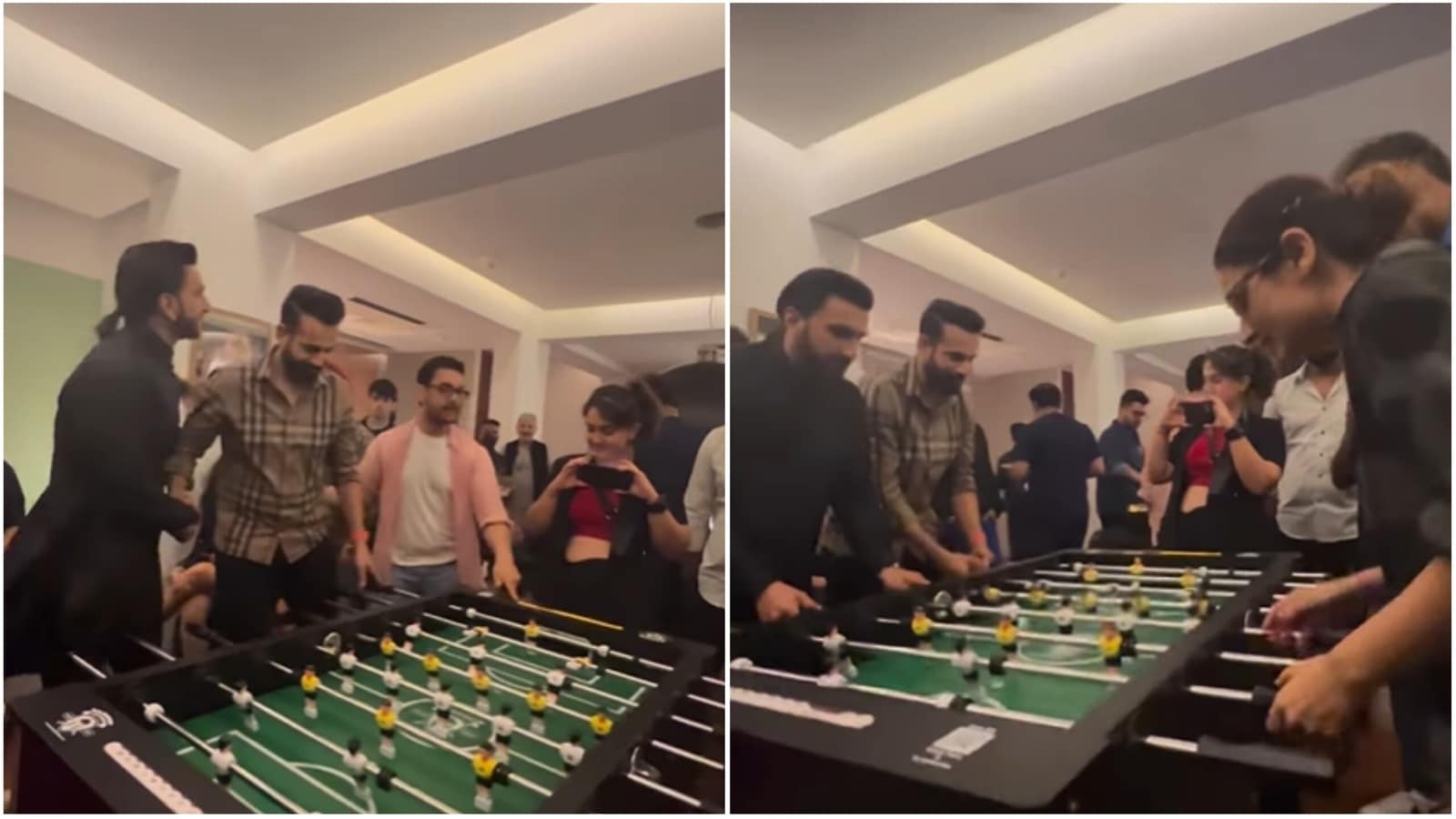 Aamir Khan hosted a special screening of Laal Singh Chaddha in Mumbai on Wednesday, a day ahead of the film’s release. Apart from Bollywood stars, celebrities from other walks of life were also in attendance at the event. Former cricketer Irfan Pathan, who attended the premiere with his brother Yusuf Pathan, shared a video from the night in which he was seen playing foosball with actors Ranveer Singh and Fatima Sana Shaikh. Also Read| Ranveer Singh hugs Aamir Khan as they smile in new pic from Laal Singh Chaddha screening

The video featured Ranveer Singh and Irfan Pathan on one side of the table as they played a match of foosball against Fatima and Yusuf. Aamir was also spotted near them, but he quickly stepped away from the table as he mingled with other guests. Aamir’s daughter Ira Khan was also seen in the video recording the friendly competition on a phone.

Irfan shared the video on his Instagram account on Thursday as he reviewed Laal Singh Chaddha. He wrote, “Had fun watching the movie #laalsinghchaddha Laal will make you fall in love with his goodness. Aamir khan as always has played the character with Perfection. Well done aamirkhanproductions on such a feel good movie.”

Irfan then used a famous line from Aamir and Fatima-starrer Dangal (2016) as he commented on their foosball match. He wrote, “By the way @ranveersingh score ke baare mein baat Kare ya jaane de?? warna Dangal hoga (otherwise there will be a rite) @fatimasanashaikh @yusuf_pathan.”

Ranveer had attended the screening with his wife Deepika Padukone. On the day of Laal Singh Chaddha’s release, the actor shared a picture of him hugging Aamir Khan at the screening as he praised the actor and his film. In a long note alongside the picture, Ranveer dubbed the drama a ‘beautiful’ and ‘complete’ film.