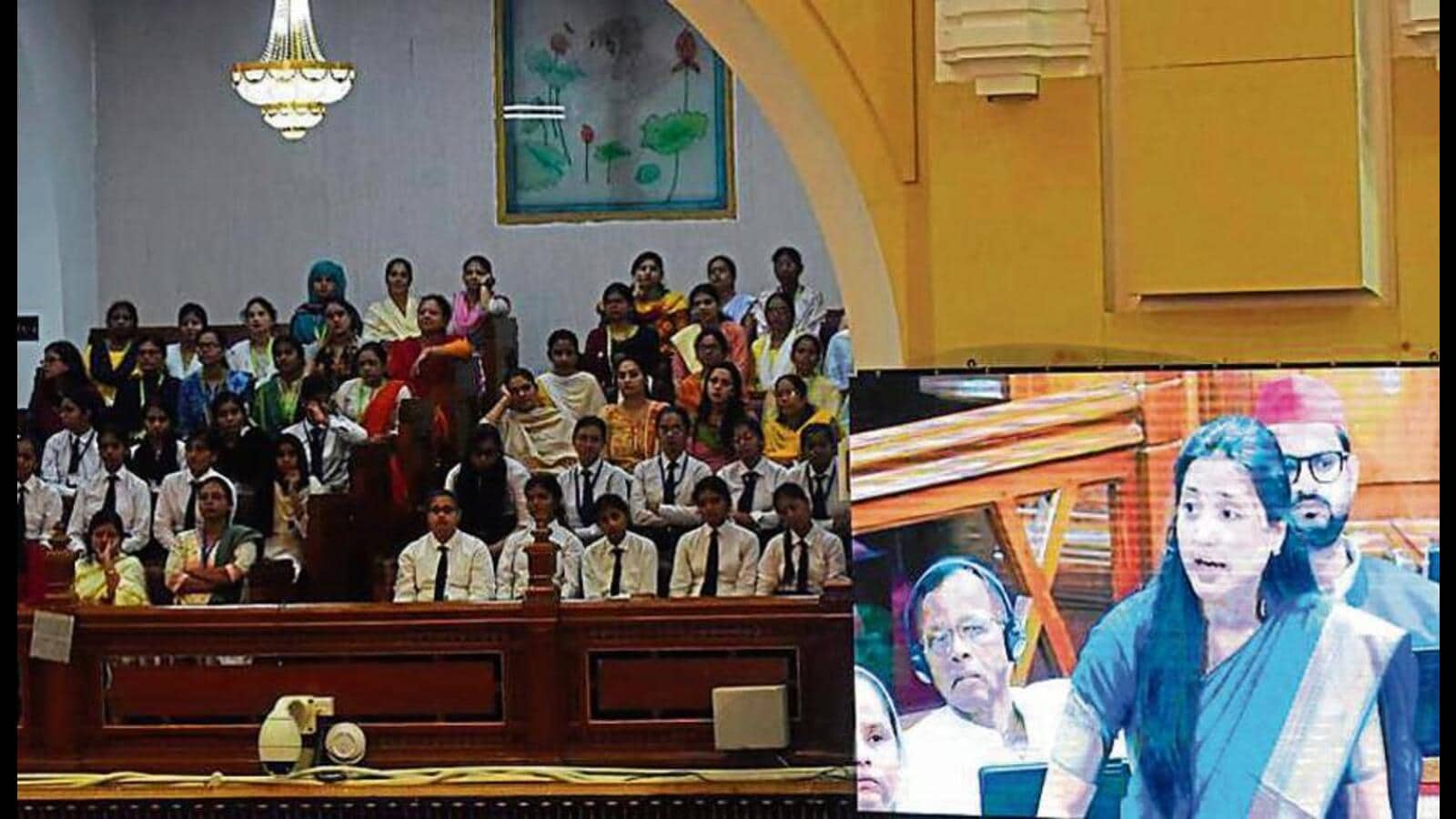 
Women MLAs made a number of demands during the day reserved for them in the Uttar Pradesh assembly on Thursday.

She said her husband is in jail for six years and his health has deteriorated. The state government should forgive him and release him, she said.

Presiding officer Manju Siwach told Maharaji to give a petition to the state government regarding the matter.

Congress Legislature Party (CLP) leader Aradhana Mishra ‘Mona’ said the House should pass a resolution, stating that 33% seats in the assembly and as many government jobs should be reserved for women.

BJP MLA from Rae Bareli Aditi Singh said the Uttar Pradesh government is working for the empowerment of women and this could be gauged from the fact that there has been an increase in the number of women entrepreneurs in the state. The state government has raised special women teams of Anti-Terrorist Squad and Provincial Armed Constabulary (PAC), she said.

SP MLA from Bhinga (Shravasti district) Indrani Devi said the state government should give compensation to family members of girls killed by leopards in the forest areas on the UP-Nepal border.

BJP MLA from Sandila (Hardoi) Alka Singh said the BJP government is working for the uplift of the backward ‘arkvanshi’ community which had been neglected by the earlier governments.

Apna Dal (S) MLA from Kayamganj (Farrukhabad) Dr Surabhi said the state government should include the role of women freedom fighters in the school syllabus.

Samajwadi Party MLA from Domariyaganj (Siddharthnagar) Saiyada Khatoon objected to the survey of madrasas across the state. The madrasas were being run on the contribution of the Muslim community, she said. A large number of students enrolled in the madrasas qualified in competitive tests for admission in medical and engineering colleges, she added.

Share
Facebook
Twitter
Pinterest
WhatsApp
Copy URL
Previous articleRyan Reynolds Reveals 1 Thing He’d Do To Kids That’s ‘Generally Frowned Upon’
Next articlePakistan vs England, 2nd T20I: Discussion in dressing room was that we can chase it down, says Babar Azam