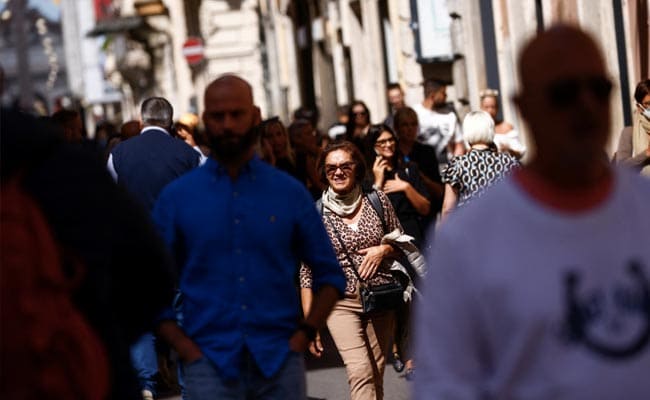 People walk down a street near the parliament in Rome, Italy.

Italy’s population is set to decline by almost a fifth over the next five decades as a result of a steadily falling birthrate, the country’s statistics agency ISTAT said on Thursday.

A shrinking and ageing population is a major worry for the euro zone’s third-largest country. Among other things, it is linked to falling productivity and higher welfare bills.

ISTAT acknowledged that long-term demographic forecasts were subject to “deep uncertainty”, but said it was “almost certain” that Italy’s population would decrease.

In a worst case scenario, the population loss by 2070 could be as high as 18 million people, ISTAT said, although under the best circumstances it forecast a drop of just 4.2 million.

The agency noted that Italy has been facing negative demographic trends for about 15 years, only partially mitigated by immigration.