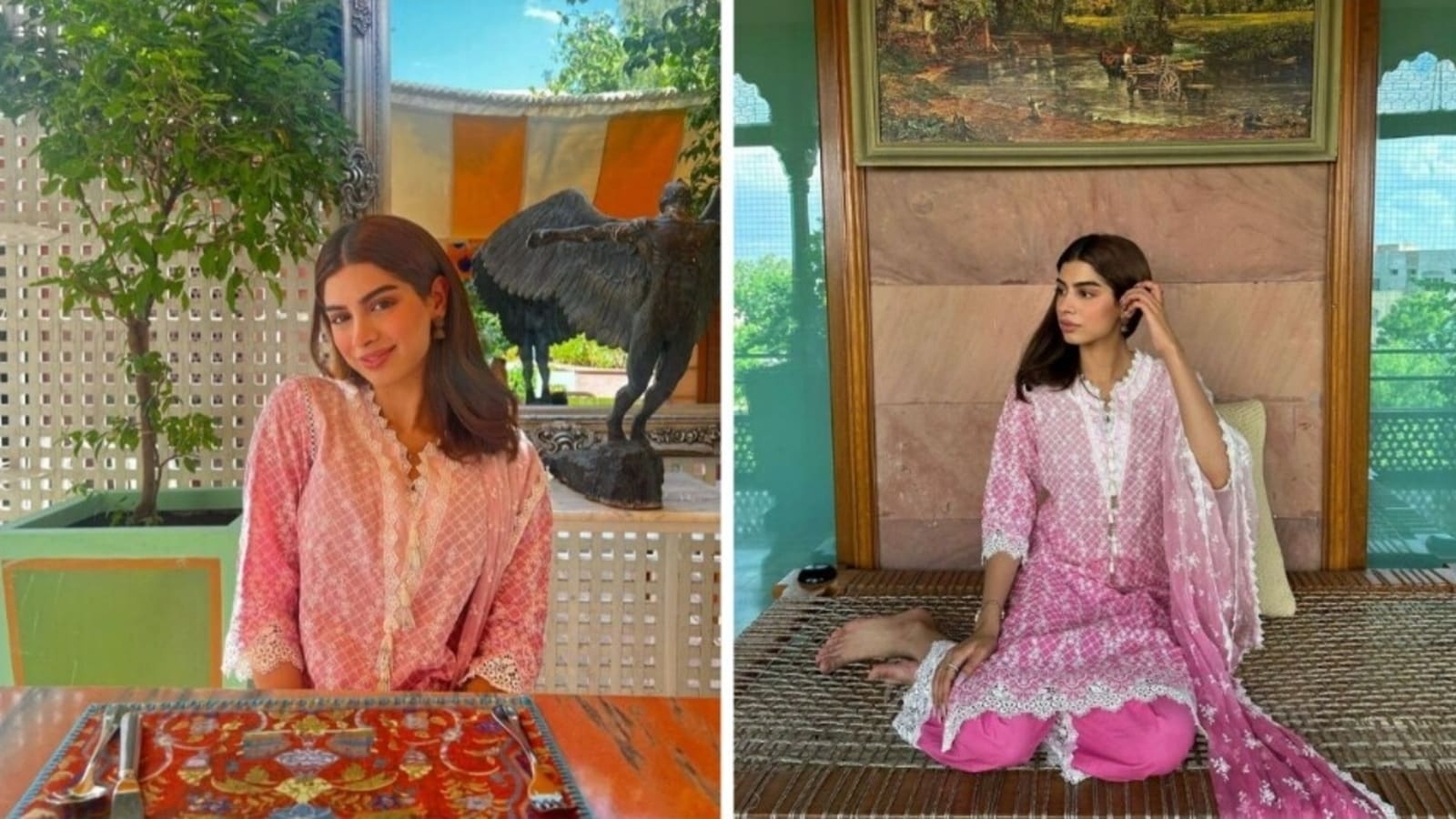 Actor Khushi Kapoor took to her Instagram handle and shared a series of photos from her recent day out on Thursday. She wore a pink-white ethnic suit. In one of her pictures, she can be seen sitting on wooden cot while posing for the camera. In another photo, she can be seen waiting for her food to arrive with knife, spoon and fork on the table infront of her with a plant in the background. Recently, Khushi attended a party with sister Janhvi Kapoor and their friend Aaliyah Kashyap, filmmaker Anurag Kashyap’s daughter.(Also read: Khushi Kapoor shares pics from Los Angeles trip, Shanaya Kapoor says ‘ok come back now’. See)

Younger daughter of the late actor Sridevi and Boney Kapoor, Khushi will be making her acting debut alongside Suhana Khan, daughter of actor Shah Rukh Khan and interior designer-film producer Gauri Khan. Their upcoming Netflix film, The Archies, will also mark the debut of Amitabh Bachchan’s grandson and Shweta Bachchan’s son Agastya Nanda. Shooting for the film began in April and the first look was released on May 14.

Actor Janhvi Kapoor had recently spoken about her sister, Khushi’s debut project and how she ‘wanted this so badly’. Reacting to the teaser of Khushi’s first project, she had said in a post in May, “Khushi, I can’t wait for the world to see how beautiful you are inside and out. Can’t wait to see you shine. I love you and I wish I was with you to give you 10292028 hugs and kisses.”