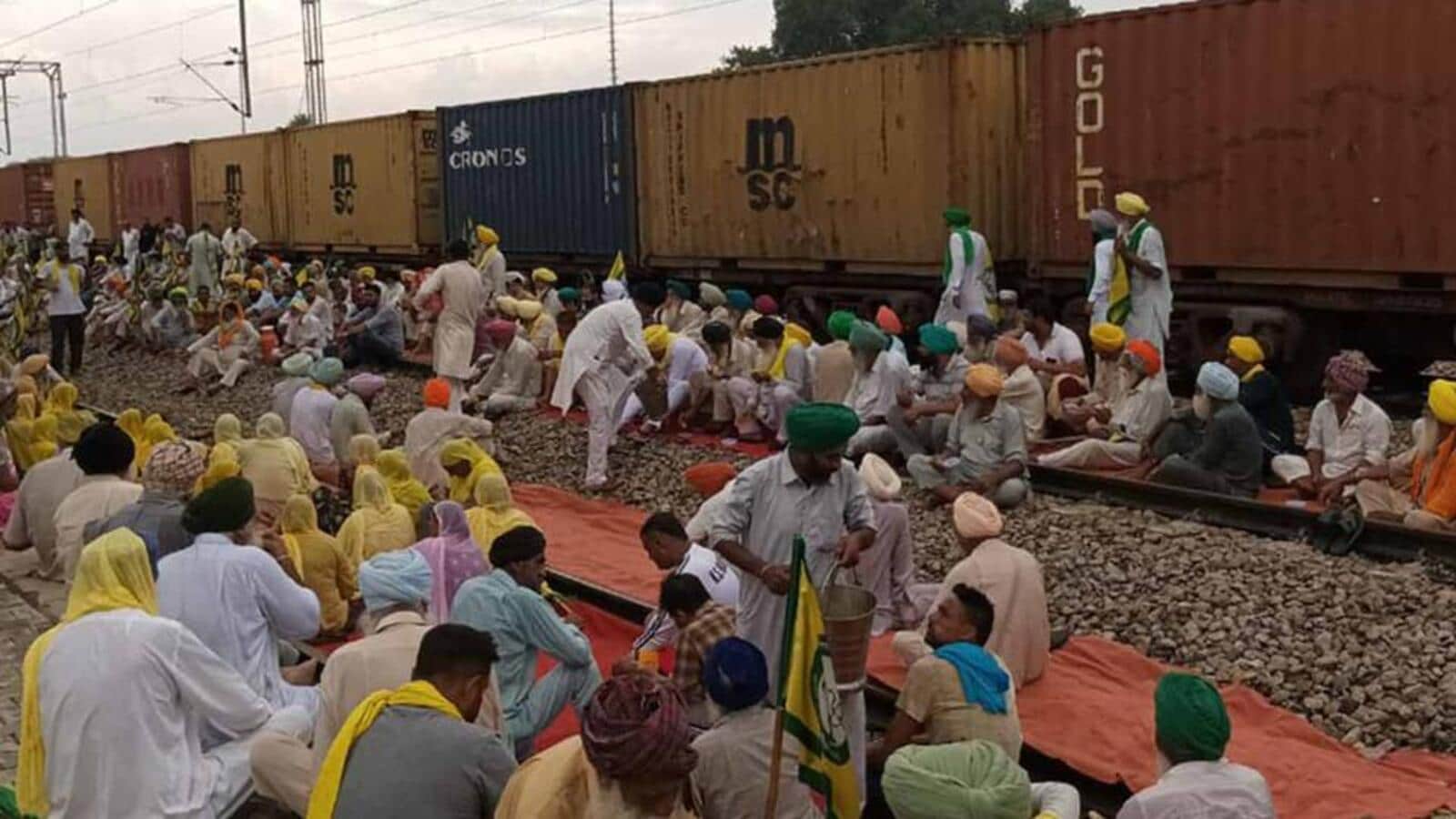 The farmers’ union had given a state-wide call to block the trains from 12 pm to 3 pm, opposing the special assembly session— later cancelled by the Governor— summoned by the AAP.

Leading the protestors at Qila Raipur, Gurpreet Singh, a member of BKU Ekta (Ugrahan), said even after six months in power, the new Punjab government had failed to resolve the issues of farmers. “No compensation has been provided to farmers who lost their cotton harvest due to pink bollworm attack, ” he added.

“The government has not been able to find a solution to the problem of stubble burning. At first, it was said that farmers will be given ₹2,500 per acre to manage the paddy residue, but they have backtracked on the issue,” he said.

District president of the union Charan Singh said, “The railway tracks are being blocked in 18 districts of Punjab as the government has reneged on their pre-poll promises and is falsely booking farmers in the cases of illegal mining for removing soil from their land.”

Munish Singla, a resident of Ambala, said, “I had to attend a business meeting in Amritsar, but my train is now delayed for two hours, it is impossible for me to be there on time.”

Deputy superintendent of police (DSP) Balram Rana, Government Railway Police, Ludhiana, said, “As we had prior information about the blockage, the trains which were to run on the blocked Ludhiana-Dhuri route have been stalled and the services will be continued when the blockade is lifted.”