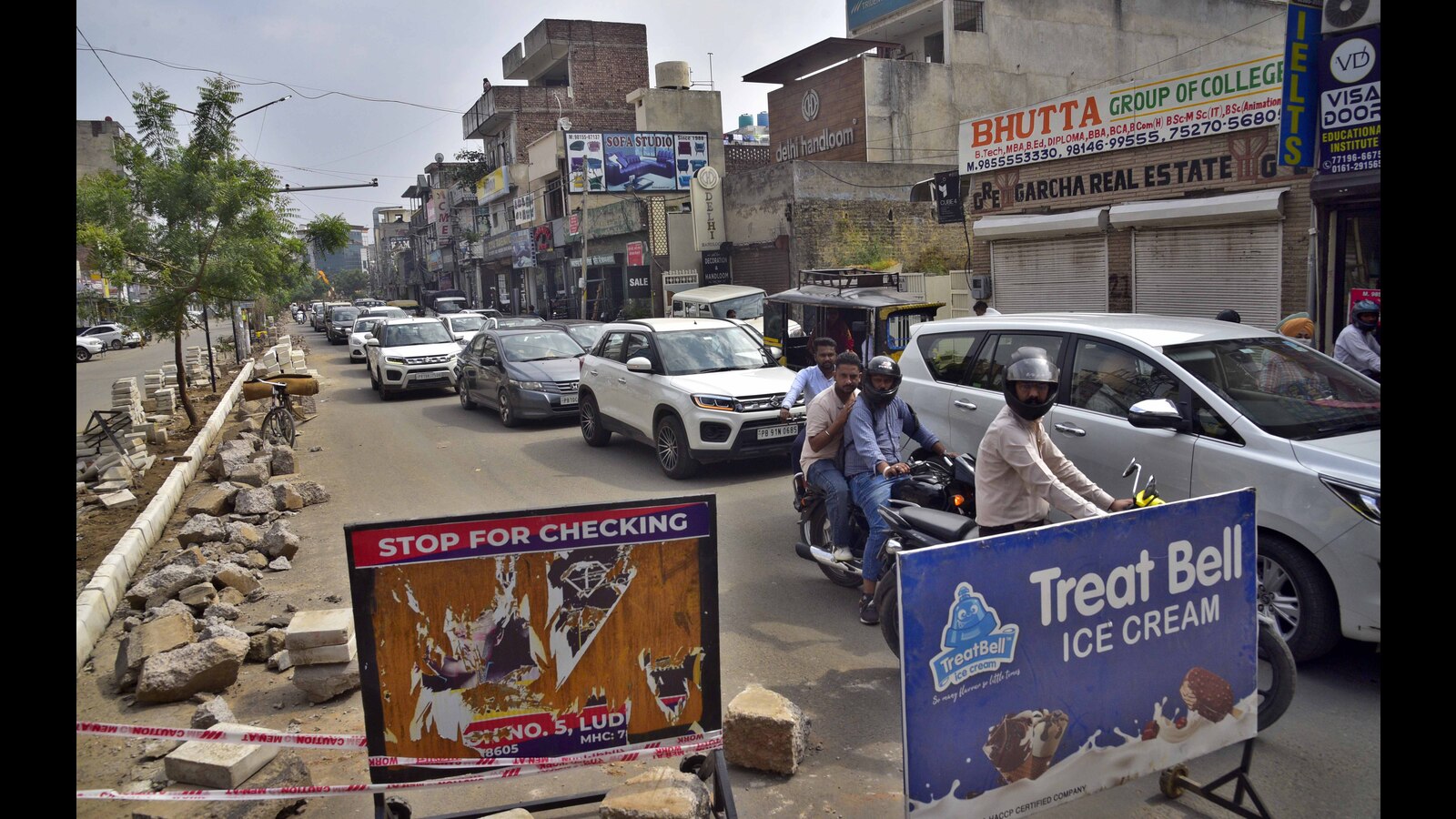 A day after a major portion of the road caved in near Shastri Nagar Railway crossing for the second time in nine days, the municipal corporation (MC) on Thursday said the repair will take at least a week.

MC and traffic police have blocked one side of the road – from Hero bakery Chowk towards railway crossing and diversions have been created, but it has hit the movement of traffic in the area.

Mayor Balkar Sandhu and MC commissioner Shena Aggarwal inspected the site and directed the staff to expedite the repair work.

An over 15 feet deep and 12 feet wide crater has formed at the spot after the over four-decade old brick sewer line collapsed for the second time in nine days on Wednesday. Authorities said it is uncertain what the caused the leakage, but it will now be repaired using concrete and steel.

MC superintending engineer Ravinder Garg said the repair will take around a week as a major portion of the sewer line has collapsed. He added that the road had to be closed as movement of heavy traffic might lead to further damage.

Meanwhile, traffic has been diverted from Hero Bakery Chowk towards Model Gram and the road below the under construction Pakhowal Road ROB. Traffic jams are also being witnessed at diverted routes.

During his visit to the spot, Sandhu also directed the staff to expedite strengthening of old brick sewer lines starting from Shastri Nagar Railway Crossing to Haibowal puli, moving through areas like Malhar Road and Kaka Marriage Palace Road. The project worth ₹82.22 crore was recently approved by the MC’s finance and contracts committee (F and CC) under which sewer lines will be strengthened through standalone trench-less structural lining.