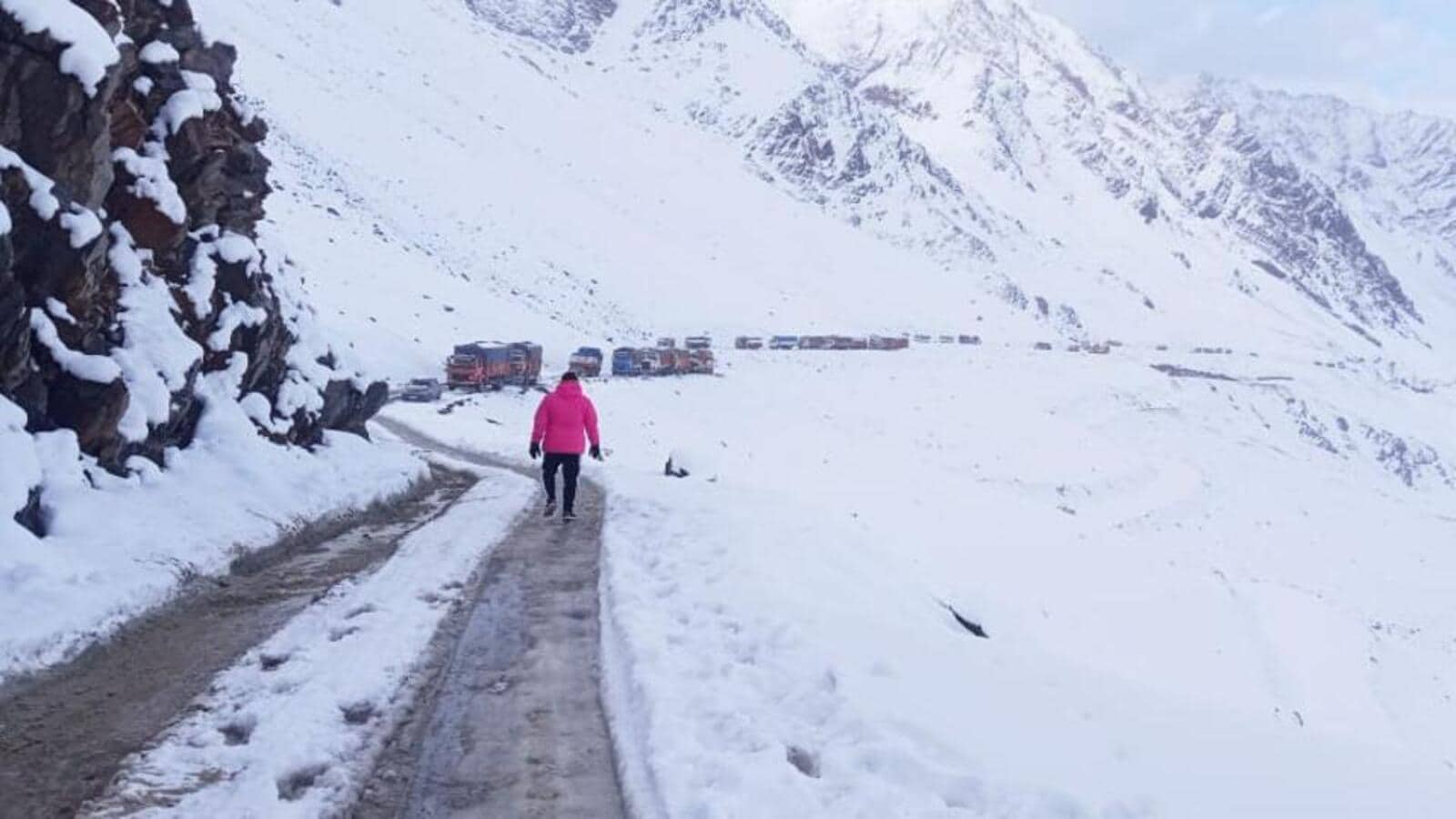 
The Manali-Leh highway has been closed for tourists after mountain passes, including Baralacha La and Tanglang La, experienced snowfall on Thursday.

Lahaul-Spiti superintendent of police Manav Verma said the Manali-Leh highway was closed for traffic beyond Darcha. Baralacha La and Tanglang La received up to 10cm of snowfall since Wednesday night. Shinku La, the gateway to Zanskar valley of Ladakh, also experienced moderate snowfall.

Verma said the Darcha-Shinku La road is open for four-wheel drive vehicles, while the Koksar-Losar-Kaza highway (NH503) is closed beyond Chhota Dara.

The SP said State Highway-26 that connects remote Pangi valley of Chamba district with Lahaul-Spiti is closed due to a landslide at Rohali jungle camp.

State Disaster Management Authority director Sudesh Kumar Mokhta said 29 roads were closed for traffic across the state due to landslides and weather-related conditions. The maximum number of 14 roads were closed in Kangra district and seven in Kullu. including the Aut-Sainj national highway (NH305).

As many as 119 electricity transformers are shut due to technical snags, 106 in Lahaul-Spiti alone and 13 in Sirmaur.

The mid-hills and plains continued to experienced monsoon rain.

Solan was the wettest place, recording 50mm of rainfall followed by Renukaji 43mm and Nahan 37.8mm.

The MeT department has forecast rains and snowfall in the state till September 26.

Shimla MeT centre director Surender Paul said a yellow alert has been issued for lightning and thunderstorm in some parts of the state till September 25.