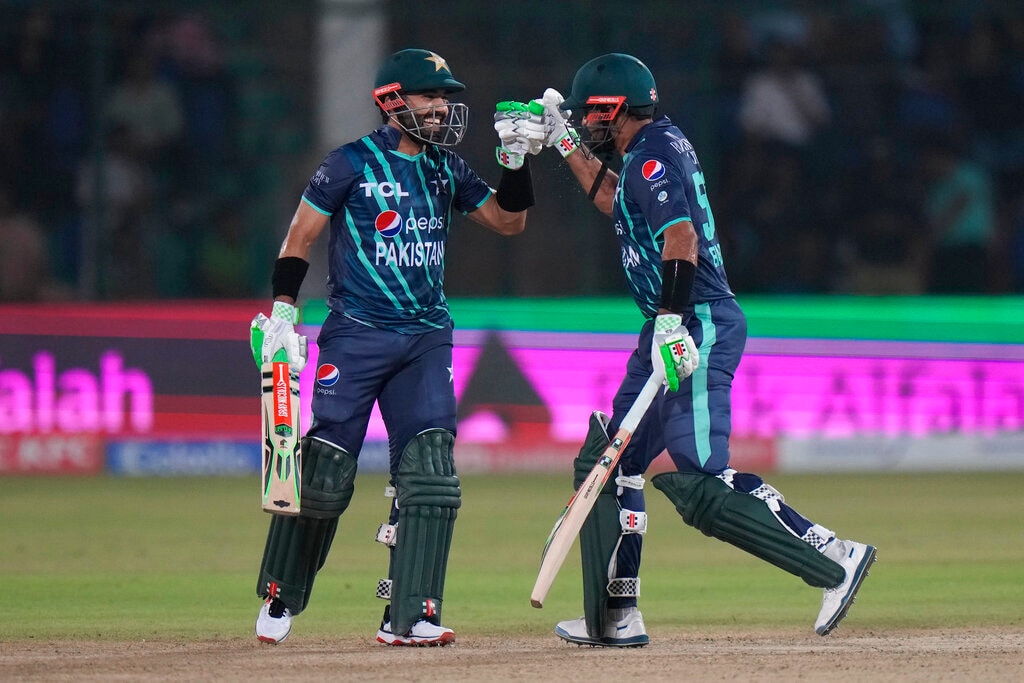 
As Pakistan thrash England by 10 wickets to level the series 1-1, the hosts are now the first team to chase down 200 or more without losing a wicket.

Pakistan captain Babar Azam and his opening partner Mohammad Rizwan lit up Karachi’s National Stadium as Pakistan chased down 200 runs to defeat England by 10 wickets in the second T20I to level the series.

Batting first, England scored 199/5 in 20 overs as captain Moeen Ali’s 55 not out down the order helped the visitors pose a strong total after Ben Duckett (43) and, opening duo Phil Salt (30) and Alex Hales (26) made healthy contributions up the top.

Later, Babar and Rizwan took charge of the chase from the start as they added 59 runs in the powerplay and eventually took Pakistan over the line with three balls to spare. The Pakistan skipper notched up his second T20I hundred during the chase while Rizwan returned not out at 88 off 51.

We take a look at all the records broken during the game in our stat attack: