Yes, Some Men Do Actually Name Their Daughters After Exes And Mistresses 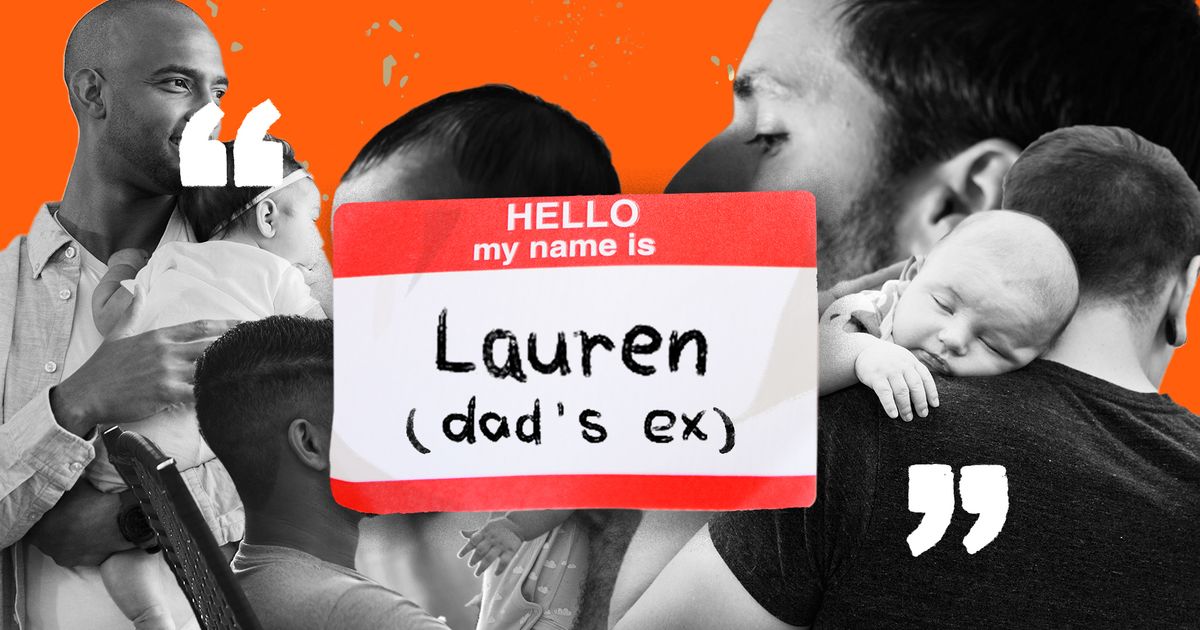 Earlier this week, Instagram model Sumner Stroh alleged that she not only had an affair with Maroon 5’s Adam Levine, but that a few months later, he messaged her out of the blue with a totally normal request: My wife is pregnant! Mind if I name the baby after you?

His alleged text was only a little less succinct: “Ok serious question. I’m having another baby and if it’s [a] boy I really wanna name it Sumner. You ok with that? DEAD serious,” Levine wrote to Stroh, according to her screenshots. (The singer’s wife, Victoria’s Secret model Behati Prinsloo, is currently pregnant with their third child. On Tuesday, Levine admitted to vague “inappropriate behavior.”)

If there’s truth to this, we’re DEAD seriously taken aback by the singer’s name selection process. Who would name their child after a woman they were messing around with in any capacity while their wife was pregnant?

Apparently, a lot of people! In the wake of the Levine story, many women tweeted saying that they, too, had been named after their dad’s exes, “the other woman” or old crushes. (To be fair, we’re sure women do this, too, but the anecdata doesn’t seem to be on the same scale. Search for “named after my dad’s ex” on Twitter to be truly depressed.)

Dana Omari, a Instagram beauty influencer who helped “break” the Levine story, received messages from women who said they had similar name origins. (The stories, which Omari is still receiving even days later, are catalogued in a highlight folder on her Instagram titled “men naming babies.”)

“My mom and her sister got named after my grandpa’s mistresses,” one woman told Omari.

“I’m named after a mail lady who my grandfather thought was so good looking. [I’m] literally named after my grandpa’s wannabe mistress,” another wrote.

The subject has even been featured in Slate’s “Dear Prudence” columns and a “30 Rock” bit: Suspecting a pregnancy, Liz Lemon’s on-again-off-again doofus boyfriend Dennis Duff tells her, “If it’s a girl, I used to boff this chick named Judy, and I would love to honor her.”

Most of the women we spoke to said their dads did it on the sly: “You’re named after my ex, but your mom doesn’t know.”

For instance, Susanne was born two months premature and her mom was too exhausted to fill out the paperwork for her birth certificate after her delivery. Her dad did the honors.

“For the first six weeks of my life, I was Jennifer ― until the paperwork came in and that wasn’t my name after all. He named me after his ex-girlfriend,” Susanne said. (She, like others in this story, asked to use her first name only to protect her dad from incurring major internet scorn her family’s privacy.)

“It’s pretty hard to comprehend they stayed married for another 25 years,” she said, laughing.

Muliya was named after her dad’s first love. The relationship with the original Muliya ended because Muliya’s overbearing mother wouldn’t stay out of the young couple’s business. That wasn’t the end of Muliya, though ― at least the name.

“When I was born, my mother had no clue that my dad registered my name as ‘Muliya.’ She was furious, of course, so much that she gave me a different nickname, forbad anyone in the house to call me by my actual name and has still never called me by my ‘actual’ name,” said Muliya the second.

Margaux Samuels story is a little different. After her parents divorced, her mom remarried, but her dad struggled to move on, insisting that Samuels’ mother was his one true love, regardless of the divorce.

“He wanted to name their first child my mother’s middle name, and apparently she went ballistic,” Samuels told HuffPost. “They split up and after a whole bunch of fighting, they got back together.”

Naturally, before reconciling, they agreed to change the baby’s name. Unfortunately, Samuels dad had other names up his sleeve.

“He ended up switching the baby name to one that he had originally wanted to give his first daughter with my mother,” Samuels said.

To this day, Samuels is not sure if her half-sister or her half-sister’s mom know the knotty, soap operatic origin story of her name. (Samuel’s dad and the woman eventually married and had more kids: “Their wedding date was my mom’s birthday.” Yikes.)

“It doesn’t matter how nice the name is, I don’t think you should use an ex for a baby, period.”

In other cases, it’s not an ex, but a distant crush who gets the baby name homage. Ellen told HuffPost that her brother named his daughter after a girl he had a major crush on in high school.

“I’m just not gonna put his extremely-specifically-named tween daughter on blast so I won’t say the name, but my brother had an incredibly obvious, creepy, kind of mouth-breathy ‘wow-maybe-don’t-hug-her-so-long-dude’ crush on this girl in school with the same name,” Ellen explained.

Needless to say, the girl was not interested in the least. Eventually, Ellen’s brother moved out of town and had a baby with another woman. They named the baby, a girl, his old crush’s name, unbeknownst to the baby’s mom.

“I moved back to our hometown around the same time, and everyone who found out about the name had the exact same reaction as I did: shock,” Ellen said. “Luckily I’ve never run into the girl in question because that would have been so awkward.”

Stories like these are precisely why Pamela Redmond, the CEO of baby naming site Nameberry, thinks it’s a good idea for expectant parents to compile a list of names that are strictly off limits.

“People rule out names associated with a creepy kid from fourth grade or an unappealing literary character, so why not an ex?” Redmond said.

Still, let’s play devil’s/Levine’s advocate here: What if it’s just a nice name you’ve always wanted to use, without any specific longing for or loyalty to your ex?

“It doesn’t matter how nice the name is, I don’t think you should use an ex for a baby, period,” Redmond said. “You may not have residual feelings, but the name still has to have strong associations that are very different for both parents and that can cause future conflicts.”

Baby name consultant Taylor A. Humphrey’s hot take on this “trend” (for lack of a better word) is that it’s typically the women who are the name innovators in the relationship. Men aren’t thinking about the significance of a name as much.

“In my business, I’ve noticed that women tend to be more dialed into the realm of possibility when it comes to names,” she told HuffPost.

“As connective and communal creatures, women have friends, sisters and cousins who are having babies, and are more likely to take note of what those children’s names are, giving them vast reserves of creativity when it comes to naming their own children,” she explained.

Men, on the other hand, tend to consider what they’ve heard before: who they’ve interacted with, what they’ve grown comfortable with.

“It’s why they’re more likely to recommend an ex’s name if they had a positive association with that person,” Humphrey said. “It’s a way of transferring their positive memories from one person onto their offspring.”

Humphrey has personal experience to back her theory up.

“When my parents were pregnant with me, my dad recommended the name ‘Chloe’ because it was the intoxicating perfume that his sweetheart had worn back in high school,” she said. “While my mom ultimately shut that down, she knew his suggestion came from an innocuous place.”

This kind of thing happens so often, there’s even some surprisingly sweet “I’m named after my dad’s ex” anecdotes out there.

Wendy del Real is named after her dad’s ex, Wendy. Her mom discovered this after stumbling upon multiple love letters between Wendy’s dad and a woman from his past named Wendy.

“She had them transcribed to Spanish and that’s how she found out I was named after another woman,” del Real, who previously posted a TikTok about the drama, told HuffPost in an email. (Like Twitter, a lot of women on TikTok had shared their “I’m named after my dad’s ex” name origins long before the Levine story broke.)

Being the recipient of the name, del Real had questions of her own. When she confronted her dad about why he chose ‘Wendy,’ he shared an unexpectedly heartwarming story.

“Before my dad’s relationship with my mother, he had been involved with heavy drug use and had a rough life during his early days working in the U.S.,” said del Real, who lives in San Diego. “The Wendy he dated helped him overcome these issues, and he says he always had her to thank for turning his life around.”

“That’s why I’ve always liked my name,” del Real said. “I feel like if it wasn’t for her, I probably wouldn’t have my dad.”

A sweet story, but let’s be real, the majority of these stories don’t really warm the heart. Undoubtedly, you came here to read “what’s wrong with this man?” stories, and Humphrey, the aforementioned baby name consultant, supplied the goods.

In light of the Levine scandal, Humphrey asked her followers on Instagram if they’d ever had an ex name their baby after them.

“This guy I was dating in college surprised me by getting my name tattooed on his thigh,” the woman wrote. “When we broke up, he tried to make me feel bad by saying, ‘What will I tell people about your name being on me?’ I told him to tell them it was his dead grandma.”

“Well, fast forward almost five years and he messaged me that his now-pregnant wife said if they had a girl, they could name it after his ‘dead grandma.’”

Oh, what a tangled web you men weave, when all you really need to do is buy a baby name book and read it.