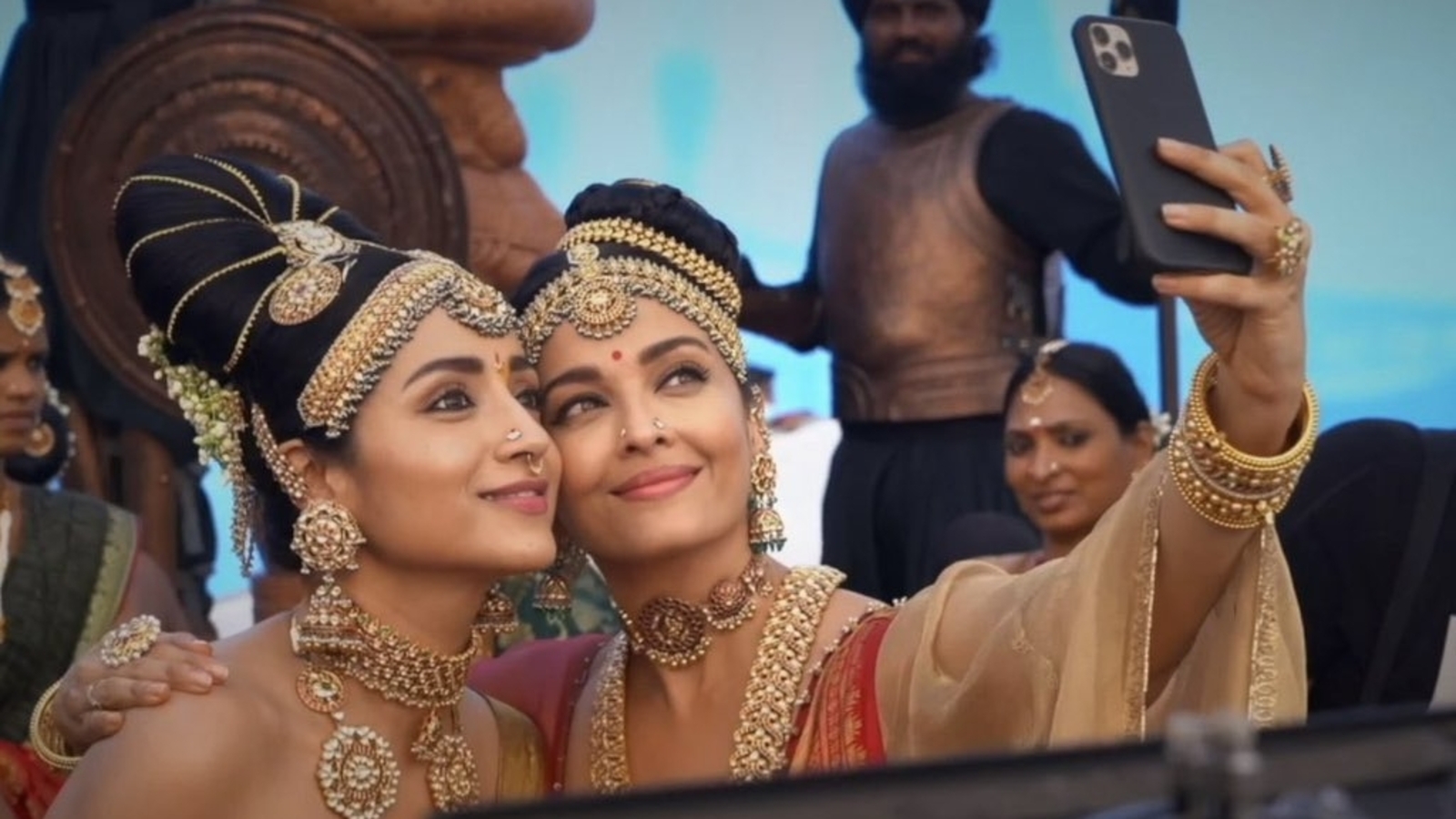 The actors smiled and leaned towards each other as they posed for the camera. Sharing the photo, Trisha wrote, “Ash (hug emoji).” Though the two actors get along well in real life, their characters in the film are at loggerheads. Aishwarya plays the antagonist Nandini while Trisha plays Chola princess Kundavai. Reacting to the post, a fan wrote, “Excited to see this in PS-1.”

Another person said, “Two beauties in one frame.” “Have been a fan of Trisha (elegance) from Mounam Pesiyadhe days. Have been a fan of Ash (grace) from Iruvar days. One grace personified and another elegance personified. Happy with this picture,” read another comment. “The world is not ready to witness these two together on screen, too much of beauty in one pic,” tweeted another fan. “Ageless and classy beauties,” wrote a Twitter user.

In a recent interview with NDTV, Trisha spoke about working with Aishwarya, “I fortunately got to meet her and interact with her on the day one of my shoot. She is beautiful inside and out, I don’t even need to say that. The thing is, this was challenging because we are not supposed to like each other too much in this film, but we got along pretty famously on set. There were times when Mani sir would come and say, ‘listen, you guys are taking too much, stop talking, I can’t have this camaraderie for my scene’.”

Ponniyin Selvan chronicles the story of the early days of Arulmozhivarman, a powerful king of the south who went on to become the great Chola emperor Rajaraja Chola I. The film has also been dubbed in Telugu, Kannada, and Malayalam.