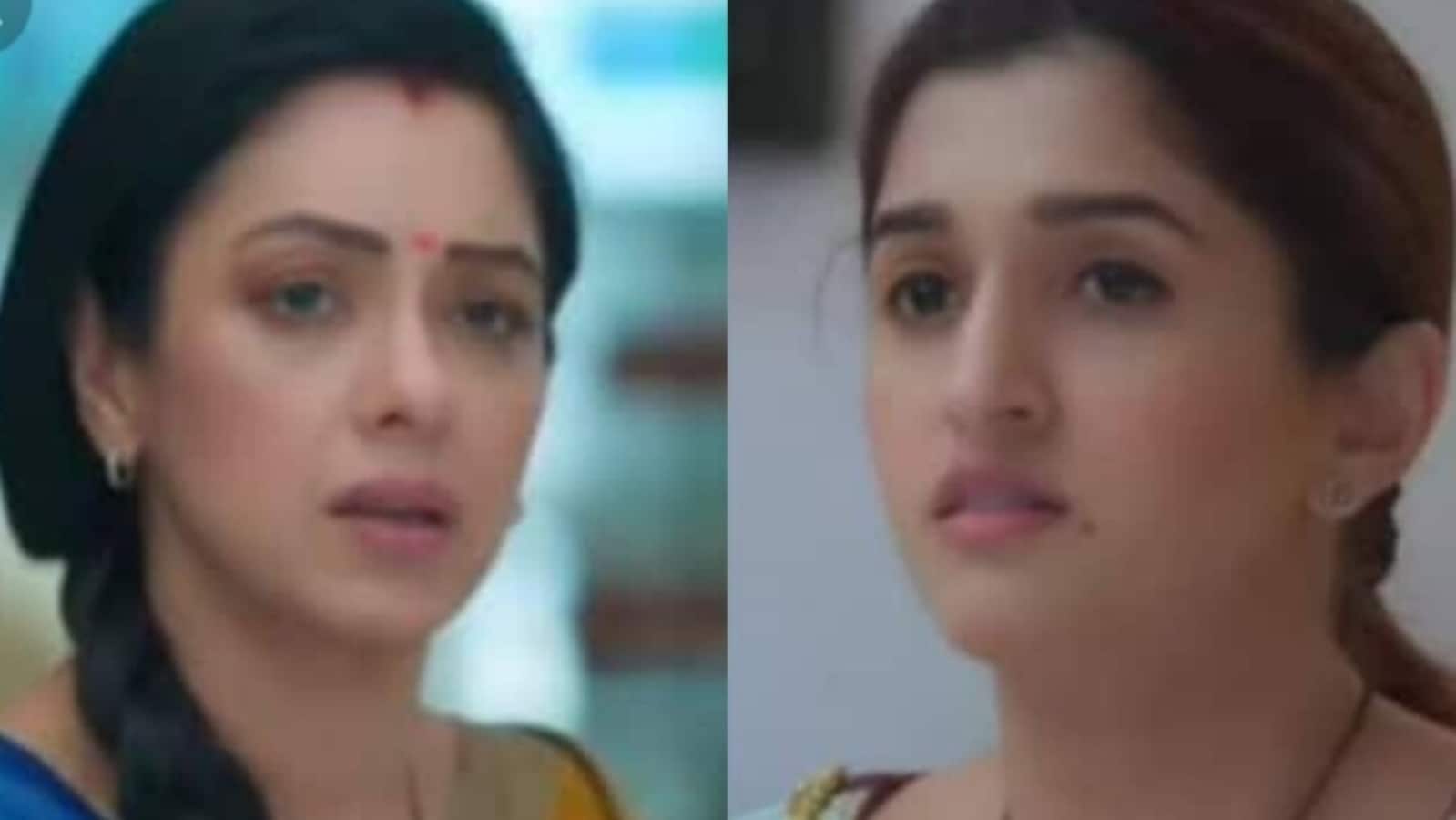 The latest episode of Anupamaa is going to bring a twist to Anupamaa’s life. In the previous episode, we have seen Kinjal deciding to take a break from the Shahs and indeed she goes against all odds. Anupamaa welcomes Kinjal to her home and takes care of her. Keep reading this article to know the full story. (Also Read | Anupamaa written update September 21: Anupama breaks down after insults from Pakhi and Leela)

Kinjal is determined to leave the Shah household. She reminds Rakhi why she would not come with her as it is not she who exposed Toshi but Anupamaa. Leela is dead against Kinjal’s decision and announces that if need be, she will call Anupamaa there but Kinjal again takes a stand for Anupamaa. She reminds Leela that her role in Anupamaa’s life is not that of a mother but a selfish mother-in-law. She and Kavya together try to make Leela realize that she has no right to keep on bothering Anupamaa with her demands despite her disrespectful behaviour towards her. However, Leela doesn’t understand anything and declares that Kinjal will not go to Anupamaa.

Anupamaa is shocked to see Kinjal

Back in the Kapadia house, Adhik gets shocking news from Pakhi and rushes to reveal this news to Barkha. Before he could say anything, Vanraj and Kavya arrive with Kinjal and Pari. Vanraj apologizes to Anupamaa for barging in without notice. Anuj comforts Vanraj. He asks Anupamaa to take care of Kinjal and Pari and leaves from there heartbroken.

Toshu expresses his anger at Anupamaa

Elsewhere, Samar talks with Toshu to calm him down. However, Toshu is not ready to listen and when he finds out that Kinjal has left the Shah house to live with Anupamaa, he gets furious. He accuses Anupamaa for breaking his family. Samar tries to convince him it was his fault but he is not willing to listen. Samar is astonished to see that after everything, Toshu is not able to understand. Meanwhile, Kinjal feels bad for putting pressure on Anupamaa in her already busy schedule.

Anupamaa calms her down and makes her comfortable in the house. Kavya breaks down missing Pari and asks Vanraj to bring her back. In the meantime, Anuj helps Anupamaa in her many jobs and comforts her in these difficult times. Subsequently, Barkha gives shocking advice to Kinjal. First, she passes her snide remarks on how the Shah family doesn’t let her be happy even after her marriage to Anuj. Then she goes ahead to advise Kinjal to divorce Toshu. Kavya informs Anuj that Pari is having some serious issues, Anuj runs to call a doctor and hurts himself.