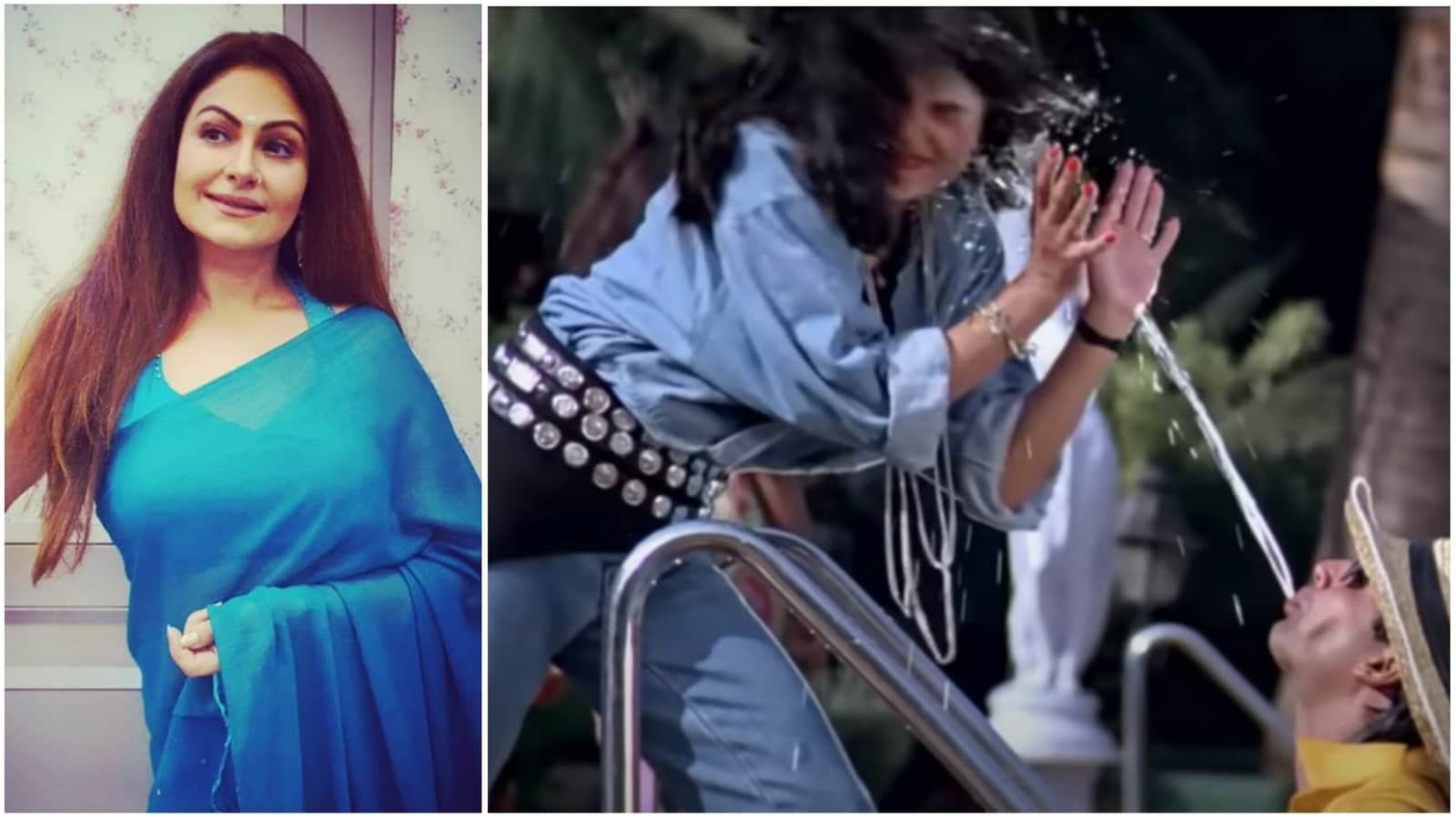 
Ayesha Jhulka, who recently made her comeback to acting with the Prime Video series Hush Hush, appeared in several hit films in the 90s including Kurbaan, Jo Jeeta Wohi Sikandar, and Khiladi among others. Khiladi, in which she starred opposite Akshay Kumar, featured a scene that surprised many. Ayesha, who had water spit on her face in the scene, recently discussed if she felt uncomfortable filming it. Also Read| Hush Hush review: Juhi Chawla, Soha Ali Khan thriller is a good premise wasted

The scene featured in the romantic song Kya Khabar Thi Jaana from Khiladi (1992). In the scene, Akshay came up in the swimming pool with a mouth full of water and spat it on Ayesha. Ayesha said she commits herself to a project when she signs it and so did not object when she was asked to film the scene.

She told ETimes, “I strongly believed then and believe it even now, that if you have taken on a project you have to surrender yourself to your director and your team. Have faith in them and just do what they are telling you to. Yes, when it comes to the don’ts, you must say establish don’ts before you get onto the set, or before you sign the project, which I have.”

The actor added, “I have also had my restrictions, that I would not wear a particular costume, or not be comfortable doing certain scenes. I have also had those don’ts, but not after coming on set. Once I decide to do a project, with all the clarity, then I would go all out, surrender myself, try to be punctual, try to be the director’s actor, and I don’t like to throw tantrums unless I am being troubled unnecessarily.” Ayesha also said that she shared the ‘best chemistry’ with Akshay Kumar and she is happy to see him as successful as he is today.

Ayesha has now marked her OTT debut with Hush Hush. As per the Hindustan Times review of the film, the scenes featuring her and Juhi Chawla together are among the best. The thriller also stars Soha Ali Khan, Kritika Kamra, Karishma Tanna, and Shahana Goswami.