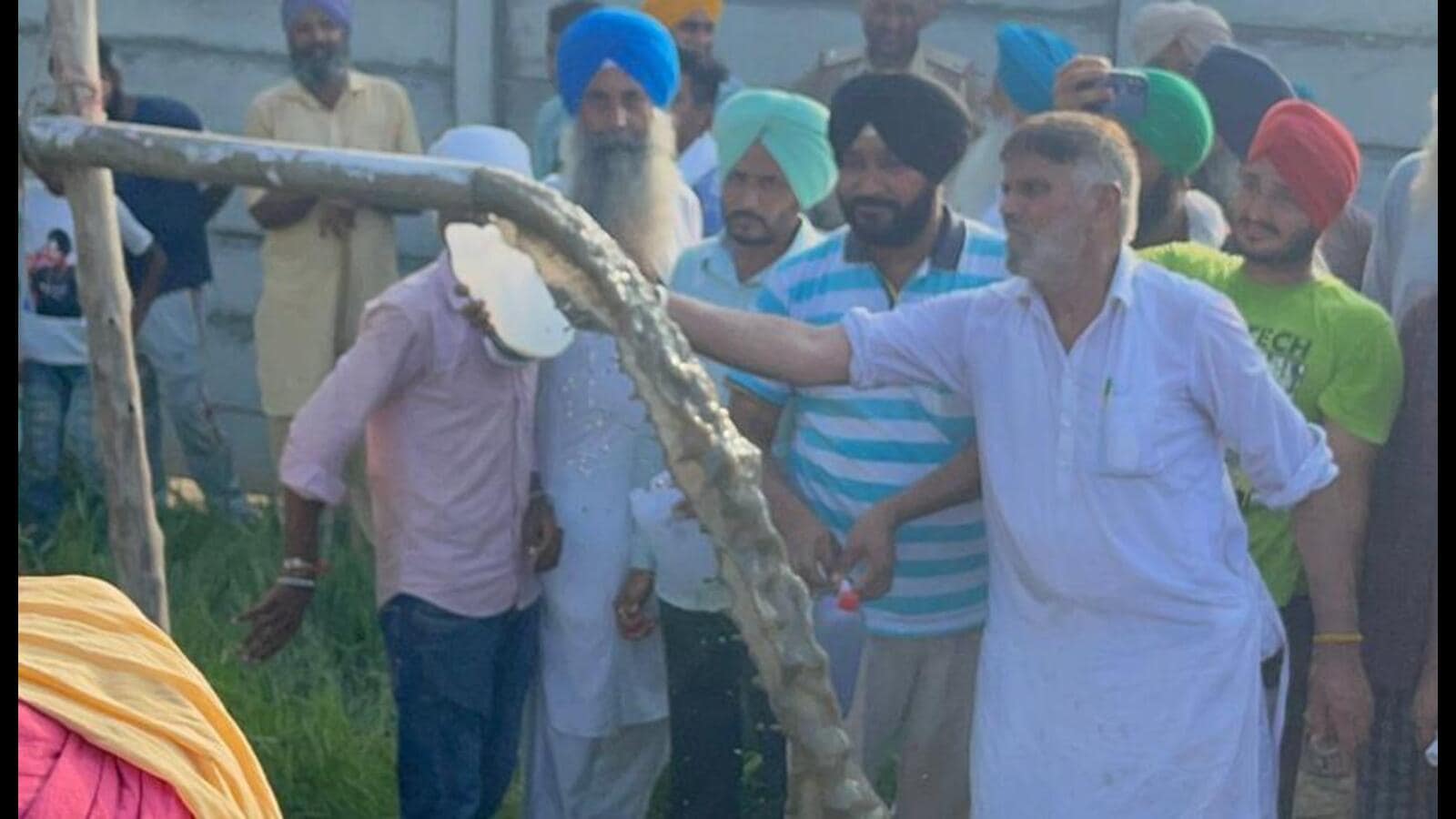 
The National Green Tribunal (NGT) on Friday submitted its report of the water samples collected from Malbros International Private Limited, an alcohol-making unit located at Mansurwal village in Zira, Ferozepur, to the deputy commissioner (DC).

Amrit Singh, deputy commissioner, Ferozepur, while talking to HT said that the report is too technical, hence they asked the Punjab Pollution Control Board (PPCB) to interpret the same and submit the report accordingly.

“We will further deal with the matter in accordance with the interpretation of the NGT report by the PPCB which might be received by tomorrow,” she said.

Following the protests, the liquor factory had been lying closed since July 26 which has more than 3,000 employees.

“In the second week of July, a borewell was dug at a gurdwara in Miayanwala Kalan, located about 4 km from Mansurwal. At 670 feet, we found contaminated water which smelt like lahan. We took up the matter with the administration but to no avail. So, we launched an indefinite protest outside the factory on July 24 that has been continuing even now,” said Sandeep Singh, a protester.

“Concerned over the contamination of groundwater, a large number of people are taking part in the protest and it will continue till the unit is closed permanently. As of now, it is temporarily closed as we are not allowing anyone to enter the factory,” he said.

“We have installed all machinery to work in accordance with the guidelines of the government to tackle pollution and even offered protesters to stay within the factory to personally observe all sort of functioning of the factory but they did not agree,” he said.

“Even the Punjab Pollution Control Board took some samples and its reports didn’t show any anomaly but agitators did not accept those reports and demanded a report from the NGT,” he added.