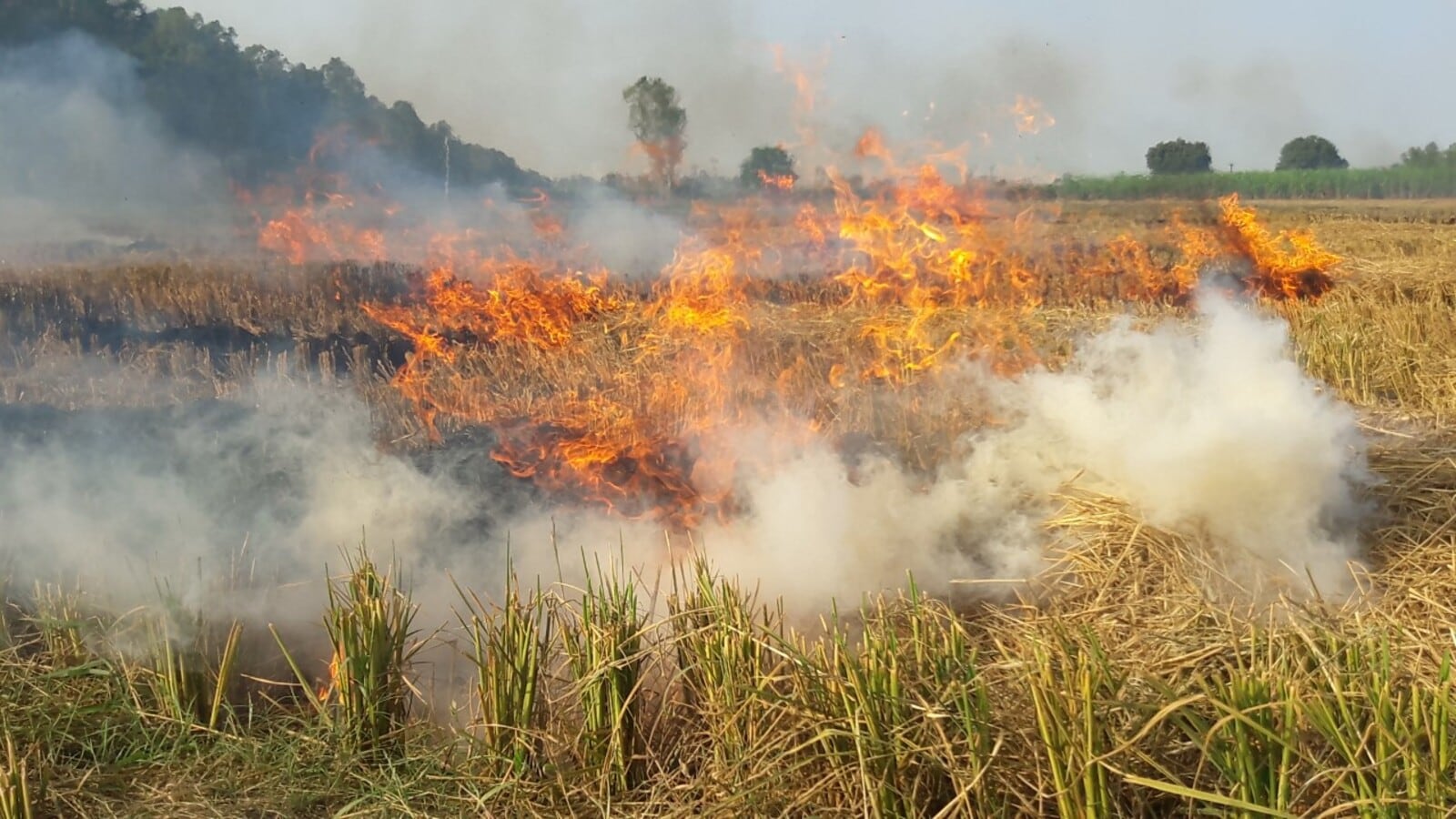 
: Taking a “big turn” in its approach to contain incidents of stubble burning in Haryana, the state government has launched a massive awareness drive in the hinterland to sensitise the cultivators and focus more on “prevention” of farm fires during the ongoing paddy harvesting season.

“By preventing (farm fires), we want to nip the problem in the bud… It has to be a community driven movement involving people from all walks of life, including religious institutions and also involving everybody from students to teachers in this movement…” said Sumita Misra, additional chief secretary (ACS), agriculture and farmers’ welfare department.

“This year our whole focus is on prevention of farm fires instead of enforcement,” she said, pointing out that this is a “big turn” in the approach to deal with stubble issue this year.

Among the slew of preventive measures being taken to drastically reduce stubble burning include information, education and communication activities and promotion among farmers about the three machines that help in disposing of crop waste- straw baling (ex situ), super seeding and zero tillage machines (in-situ), according to the officials of the agriculture department.

Under the ex-situ crop residue management, the stubble is moved out of the fields through the machines and used as fodder or fuel in biomass projects. Last year, eight lakh metric tonne paddy crop residue was used in 26 different industries, including in nine biomass power projects.

During the current paddy harvesting season, the agriculture department hopes that 13 lakh MT crop residue will be consumed in 29 plants producing ethanol, paper, and cardboard.

The zero tillage machines are being promoted for in-situ crop residue management. These machines cut the harvested crop stalks/stubble into small pieces and mix that in the soil, eliminating the need to burn the remnants of harvested paddy. The government provides farm machinery for stubble management on 80% subsidy to Custom Hiring Centres (CHC).

The ACS agriculture on Thursday held a meeting with deputy commissioners (DCs) about the preventive steps being taken to deal with stubble burning and directed the DCs that they should step out of their offices and visit villages to mobilise the community and official machinery.

Based on kharif 2021 satellite data, there are 351 villages in red zone where six and above active fire locations were found. The ex-situ and in-situ machines are being provided on priority in these villages where one officer of agriculture department is being deployed for two months (October and November) to monitor and assist the farmers. Also, nodal officers at sub-division, block, and village level will be deputed for effective monitoring and prevention of crop residue burning.

While three officials in red zone villages and one in yellow zone villages (753) will be deputed to prevent crop residue burning and to ensure machinery available with individual farmers and in custom hiring centres (CHC) is utilised to full capacity for management of crop residue.

A control room at district level for monitoring and coordination with nodal officers will be established, while HARSAC will report active fire locations to nodal officers and also send the message of crop residue burning through SMS alert to DCs, officers of agriculture department and officers of Haryana State Pollution Control Board (HSPCB) for information and immediate action.

Under the awareness activities, paintings will be made in hot spot villages, enforcement vans will be deployed, and awareness camps are being organised in villages/blocks and districts.

A signature wall has been designed, printed and attached to krishi soochna rath that moves from place to place mobilising the public. The video is played on the three krishi soochna rath to reiterate government’s resolve to prevent stubble burning. Wall paintings, motto writing, pledge, radio jingles, are among a series of preventive steps the agriculture department is taking to educate farmers about the ill effects of burning crop residue. ENDS