India vs Australia: Aaron Finch applauds Jasprit Bumrah after getting castled by his yorker | Watch 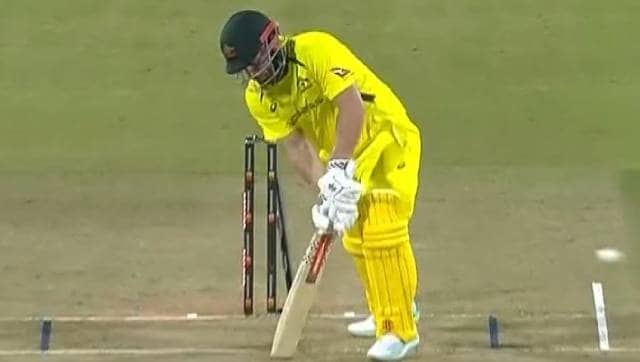 
Aaron Finch was seen appreciating Jasprit Bumrah, who castled the Australia captain during India vs Australia 2nd T20I in Nagpur on Friday.

In a rarest of a moment of appreciation by a cricketer towards his rival, Australia’s captain Aaron Finch applauded India’s Jasprit Bumrah after the pacer yorked the veteran batter to claim his stumps during the second T20I in Nagpur on Friday.

The incident happened during the fifth over of the Australian innings as the hosts were batting first in a rain-truncated match permitting eight-over match-a-side. Finch was the most impactful batter at that point of the innings as he scored 31 of the 46 runs before Bumrah claimed the skipper.

Facing the 15th delivery of his innings, Finch was stunned by a low full toss of a yorker that defeated the batter by Bumrah’s pace and went on to hit the base of leg stump to end his adeventure. It was a big wicket for India as well as Finch shot four boundaries and a six during his stay.

While Bumrah went on to celebrate the big wicket, the pacer didn’t realise that Finch raised his bat in appreciation towards Bumrah for the delivery.

Australia ultimately went on to put a 91-run target on the board after some late fireworks from last-match hero Matthew Wade.