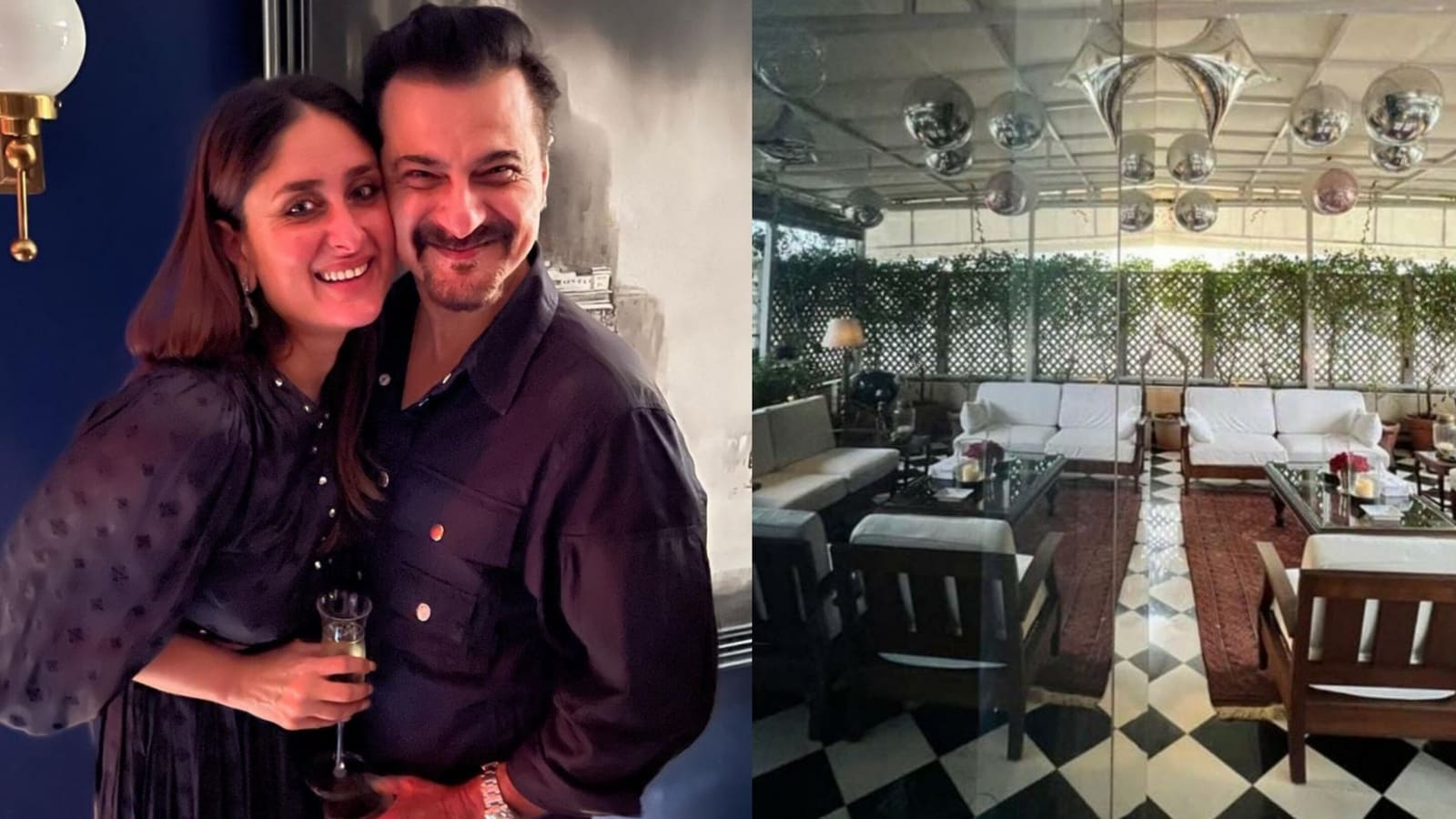 
Actor Kareena Kapoor Khan turned 42 this week. She marked her birthday with a star-studded birthday bash at her house in Bandra, Mumbai where all of her close friends and family members were spotted arriving. On Friday, she treated fans to a glimpse of an unseen corner of her luxurious home as she gave a shoutout to a décor company for her birthday balloons. Also read: Inside Kareena Kapoor’s birthday party with family

The picture features an al fresco dining area at her house, which looks to be a part of the rooftop. Decked up with wooden furniture with white seat covers, the area comes with some indoor plants adding to the beauty of the room. Colourful balloons are seen alongside a large mirror wall in the pictures as well. Kareena captioned it, “Thank you, @groomgroomballoon,” with emojis.

While Kareena’s star studded birthday bash happened on Wednesday night, she had earlier celebrated the day with her family. She marked her special day at father Randhir Kapoor’s house. She twinned with sister Karisma in white outfits for the day time.

A picture of her blowing candles on her birthday cake with little Jeh also surfaced online. Besides them, Saif Ali Khan was also a part of the celebration among other close family members.

Kareena, who last starred in Aamir Khan’s Laal Singh Chaddha, will be next seen in her first OTT project. It’s Sujoy Ghosh’s film, an adaptation of The Devotion of Suspect X, which will release on Netflix. Kareena will mark her OTT debut alongside Vijay Varma and Jaideep Ahlawat in the film. Apart from this, she also has an untitled film directed by Rajesh Krishnan, followed by a film produced by Rhea Kapoor.