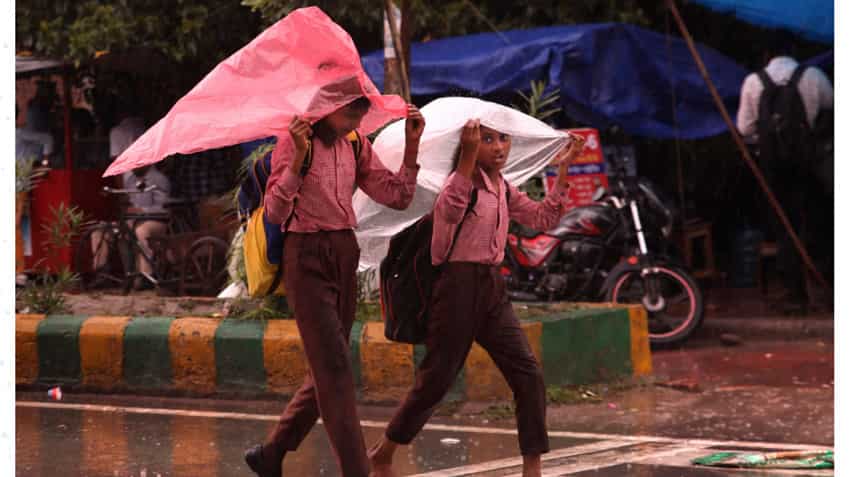 
Noida School News Today Closed, Noida Weather Today: Schools in Noida will remain closed today, September 23. The decision has been taken in view of bad weather and incessant rain. The administration has ordered the closure of all government and private schools till class 8 across Noida and Greater Noida in Gautam Buddh Nagar.

The weather department has issued an alert due to rains in the region after which District Magistrate Suhas L Yathraj issued the order to shut the schools, District School Inspector Dharamveer Singh said.

“On September 23, all schools from class 1 to 8 in the district would remain closed,” Singh said, according to an official statement issued on Thursday night.

Noida, in the national capital region (NCR), witnessed heavy rainfall throughout Thursday. Some areas in Uttar Pradesh also reported loss of lives and property due to the downpour.

In Gurugram, the administration has issued an advisory directing all corporate companies, private institutions to allow their employees to work from home in larger public interest.

Keeping in view heavy downpour on Thursday & forecast of heavy rains on 23 September too, Gurugram District Administration has issued advisory for all corporate companies, private institutions to allow their employees to work from home in larger public interest. pic.twitter.com/w1tOZhvQPZ

Meanwhile, India Meteorological Department (IMD) has predicted a fresh cloud over Delhi, resulting in continued showers. The weather department has issued a ‘yellow’ alert for Friday, cautioning people about moderate rain at most places in the city.

In Delhi, a portion of a road caved in near Satya Niketan as incessant spell of light to moderate rain drenched the national capital for the second consecutive day on Thursday leading to waterlogging and uprooting of trees. Massive traffic snarls were reported in many parts of the city on Thursday.

The fresh spells of rains just before the withdrawal of monsoon from the National Capital Region will help cover the large deficit (46 per cent till September 22 morning) to some extent, according to the MeT department. It would also keep the air clean and the temperature in check, it said.

The IMD on Tuesday said the southwest monsoon had withdrawn from parts of southwest Rajasthan and adjoining Kutch, three days after the normal date of September 17. Usually, it takes around a week after its withdrawal from west Rajasthan for the monsoon to retreat from Delhi.

The withdrawal of southwest monsoon is declared if there has been no rainfall in the region for five days along with the development of anti-cyclonic circulation and water vapour imagery indicates dry weather conditions over the region.