T20 World Cup: ‘Pakistan bowling is not that great as we think,’ says former captain 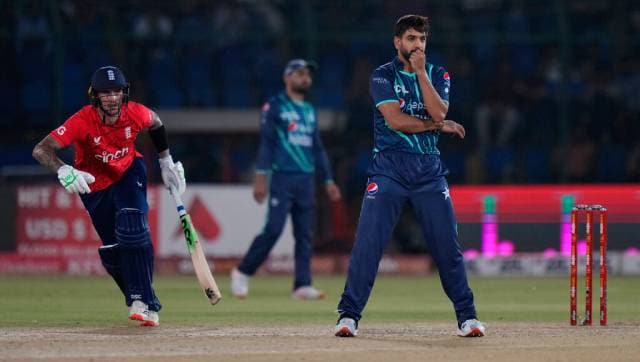 Pakistan registered a thumping win over England in the second T20I to level the series 1-1. The highlight of the match was Babar Azam’s and Mohammad Rizwan’s opening stand of 200 runs, which led the side to a 10-wicket win while overshadowing the fact that their bowlers gave away too many runs, especially at the death.

Pak bowlers gave away 49 runs in the final four overs while taking just one wicket during the period. Moeen Ali, in particular, wreaked havoc on the bowlers as she scored a 22-ball 55. The performance urged former captain and legendary batter Inzamam-Ul-Haq to point out the side’s worries, especially in absence fo Shaheen Afridi, ahead of the upcoming T20 World Cup

“Our bowling is not as strong as we think about it. We have speedsters who can bowl at 140, but since Shaheen Afridi’s absence, we have only bowled well in small parts and not full 20 overs,” said Inzamam on his Youtube channel.

“We bowl well with the new ball, take wickets and generate swing, but everything changes once the ball gets old. They didn’t bowl in the death overs in our conditions. It is worth noting that England are not a strong team over the last six or eight months.”

Among the pacers proving expensive against England on the day were Mohammad Hasnain, who gave away 54 runs in his qouta of four overs while failing to take a scalp.

Inzamam pointed out that young bowlers like Hasnain and Mohammad Naseem need to learn from somebody like Haris Rauf, who according the Pak great has been brilliant.

“Haris Rauf has been brilliant. I feel he has improved in the last two years and can now bowl in the powerplay, middle and end overs. Similarly, Naseem and Hasnain need to learn fast ahead of T20 World Cup,” he said.