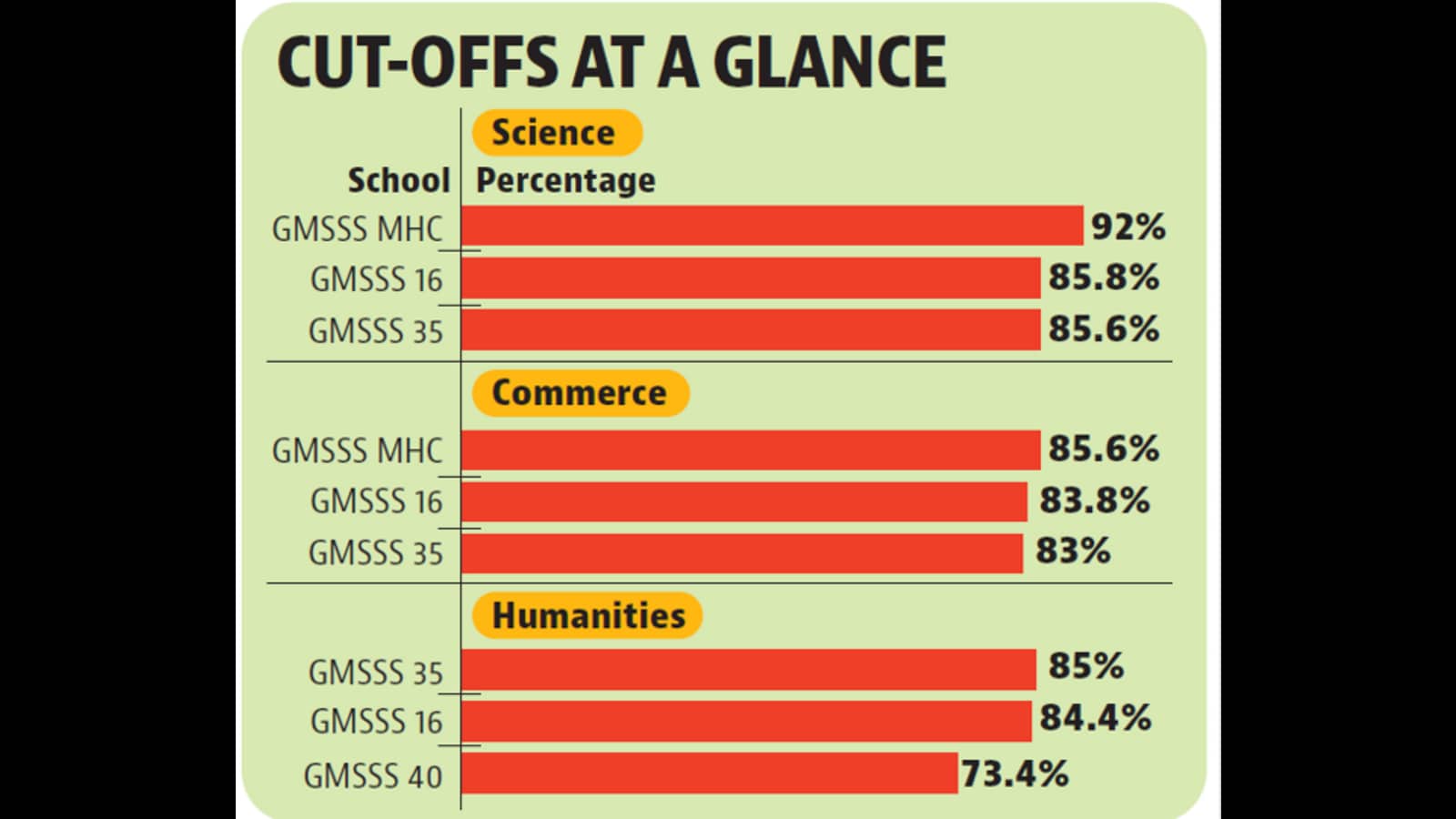 
In the second counselling for Class 11 admissions to government schools, the cut-off for humanities increased, while the cut-offs for medical, non-medical and commerce streams dropped in several schools in the city.

At 85%, the cut-off for humanities is highest at Government Model Senior Secondary School (GMSSS), Sector 35, followed by GMSSS, Sector 16 (84.6%) and GMSSS Sector 40 (73.4%). Experts say the cut-offs for schools has increased during second counselling as they are the students’ top preference with many applying to migrate to them. Many students, who had opted for vocational courses, also opted for humanities in the second counselling, increasing the demand for the stream. This trend was also seen in previous years.

Humanities has remained the most popular stream with 10,425 of 19,069 applicants choosing it as their first preference during the first counselling. The stream also has the highest seats (6,720 seats of the total 13,570).

Director school education (DSE) Harsuhinder Pal Singh Brar said, “Due to migration, the cut-off for humanities has increased. We still have a few vacant seats so we will adjust the students in a third counselling, which will be organised on a later date.”

Meanwhile, cut-offs for other streams dropped in some schools, but remained at par at the three most sought after schools. GMSSS MHC, Manimajra, stayed the most preferred choice for both science and commerce with a cut-off of 92% and 85.6%, respectively, while GMSSS, Sector 16, and GMSSS, Sector 35, were the second and third most sought-after schools for these two streams.

Students can submit their admission fee till 11.59 pm on September 26. Paying admission fee is mandatory for all students, even those migrating from one school to another. The seats of those who fail to deposit their fee will be cancelled.