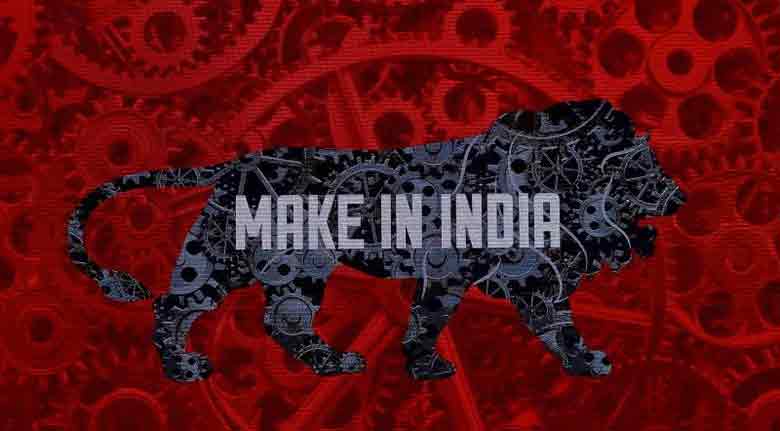 
Make in India, the flagship program of the Government of India will complete eight years of path-breaking reforms on 25th September 2022. Launched in 2014, ‘Make in India’ is transforming the country into a leading global manufacturing and investment destination.

The initiative is an open invitation to potential investors and partners across the globe to participate in the growth story of ‘New India’.

Make In India has substantial accomplishments across 27 sectors. These include strategic sectors of manufacturing and services as well. To attract foreign investments, the government has put in place a liberal and transparent policy wherein most sectors are open to FDI under the automatic route.

This FDI has come from 101 countries and invested across 31 UTs and States and 57 sectors in the country. On the back of economic reforms and Ease of Doing Business in recent years, India is on track to attract US$ 100 Bn FDI in the current Financial Year (FY).

Recognising the importance of semiconductors in the world economy, the Government of India has launched a USD 10 billion incentive scheme to build a semiconductor, display, design ecosystem in India.

To promote local industry by providing them preference in public procurement of Goods, Works and Services, the Public Procurement (Preference to Make in India) Order 2017 was also issued pursuant to Rule 153 (iii) of the General Financial Rules 2017, as an enabling provision.  The policy aims at encouraging domestic manufacturer’s participation in public procurement activities over entities merely importing to trade or assemble items. The policy is applicable to all Ministries or Departments or attached or subordinate Offices or autonomous body controlled by the Government of India and includes Government companies as defined in the Companies Act.

Further, the National Single Window System (NSWS) has been soft-launched in September 2021 to improve the ease-of-doing-business by providing a single digital platform to investors for approvals and clearances. This portal has integrated multiple existing clearance systems of the various Ministries/Departments of Government of India and State Governments to enhance the investor experience.

The Government has also launched programme for multimodal connectivity to manufacturing zones in the country, called the PM Gatishakti programme, which will ensure logistical efficiency in business operations through the creation of infrastructure that improves connectivity. This will enable faster movement of goods and people, enhancing access to markets, hubs, and opportunities, and reducing logistics cost.

The One-District-One-Product (ODOP)initiative is another manifestation of the ‘Make in India’ vision for facilitating promotion and production of the indigenous products from each district of the country and providing a global platform to the artisans and manufacturers of handloom, handicrafts, textiles, agricultural and processed products, thereby further contributing to the socio-economic growth of various regions of the country.

The Toy Industry in India has historically been import dependent. Lack of raw-material, technology, design capability etc. led to huge imports of Toys and its components. In 2018-19, Toys worth USD 371 Mn (Rs. 2960 cr.) were imported into our country.  A large proportion of these toys were unsafe, substandard, counterfeit, and cheap.

To address the import of low-quality and hazardous toys and to enhance domestic manufacturing of toys, several strategic interventions have been taken by government. Some key initiatives include increase of Basic Custom Duty from 20% to 60%, implementation of Quality Control Order, mandatory sample testing of imported toys, granting more than 850 BIS licenses to domestic toy manufacturers, development of toy clusters etc. Several promotional initiatives including The India Toy Fair 2021, Toycathon 2021, Toy Business League 2022 were conducted to promote indigenous toys to encourage innovation and new-age design to suit global requirements.

There are several trends that mark a shift in Indian manufacturing, which includes increase in domestic value addition & local sourcing, a greater focus on R & D, innovation and sustainability measures.

The Make in India initiative has been striving to ensure that the business ecosystem in the nation is conducive for investors doing business in India and contributing to growth and development of the Nation. This has been done through a range of reforms that has led to increased investment inflows as well as economic growth.

With this initiative at the forefront, the businesses in India are aiming that the products that are ‘Made in India’ are also ‘Made for the World,’ adhering to global standards of quality.