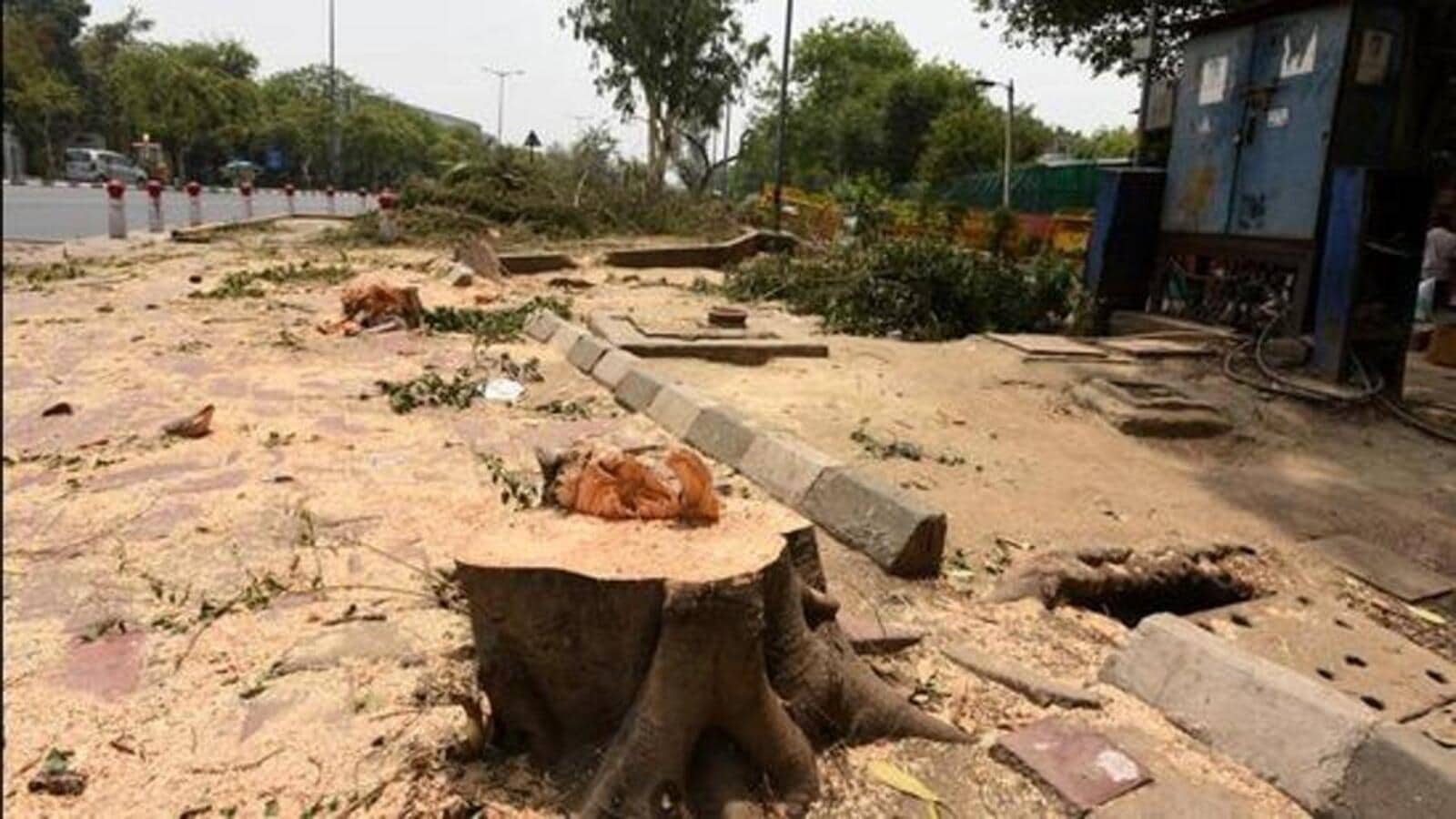 The MLA also reportedly threatened Tarn Taran senior superintendent of police (SSP) Ranjit Singh Dhillon of transfer to an unimportant post, besides issuing a warning to the Punjab Police not to take “such actions in future”.

Harpreet, who runs a motorcycle agency in Tarn Taran, was among 13 persons booked under Section 379 (theft) of the IPC and Section 33 of the Indian Forest Act on September 18. The case was registered after a video in which around a dozen people were seen cutting the trees alongside the Tarn Taran-Chabhal road. The purported video also showed some fallen trees lying in a trolley. As per the first information report (FIR), the accused had cut three big trees.

On Saturday, AAP workers protested outside Tarn Taran city police station and demanded the quashing of the FIR against Harpreet. The MLA also reached the protest site and appeased the protesters by promising them that the case would be quashed. The protesters claimed that the trees were being cut after getting permission from the forest department.

“It has been brought to my attention that police have lodged an illegal case against our ward in-charge Harpreet Singh. When I inquired from the party volunteers, they told me that no one wanted to register the case, but it happened only due to the SSP’s arrogance. I warn the police administration that no such action should be taken in the future,” he said.

The MLA said no political pressure will be exerted if the police will do their duty honestly, but it will not be tolerated if anything wrong happens with anyone. “We will also transfer that officer (SSP) telling him how he is doing this?” the MLA said in an apparent threatening tone.

The MLA said he had already asked CM Bhagwant Mann to transfer the SSP whose working is not satisfactory. He said, “There was no complainant in the case, which was registered at the behest of the SSP, who is holding a kind of grudge against me for raising a banner against him. The forest department had not taken any action, but the police deliberately implicated our volunteer.”

“It is now my responsibility to quash the case if it is illegal. I have also talked to the deputy superintendent of police (DSP-city) Jaspal Singh and he has assured me that the case will be revoked,” he said.

The DSP said he has asked the protesters to submit their complaint and action will be taken as per the investigation of the complaint.

A police official said when the case was being registered, the MLA had asked the SSP not to book Harpreet, but to no avail.

“We had also called the forest officers concerned to come on the spot and take action, but no one attended the calls. It seems the trees were being cut in collusion with the forest officers,” he added. The SSP refused to make any comment on the allegations of the MLA.